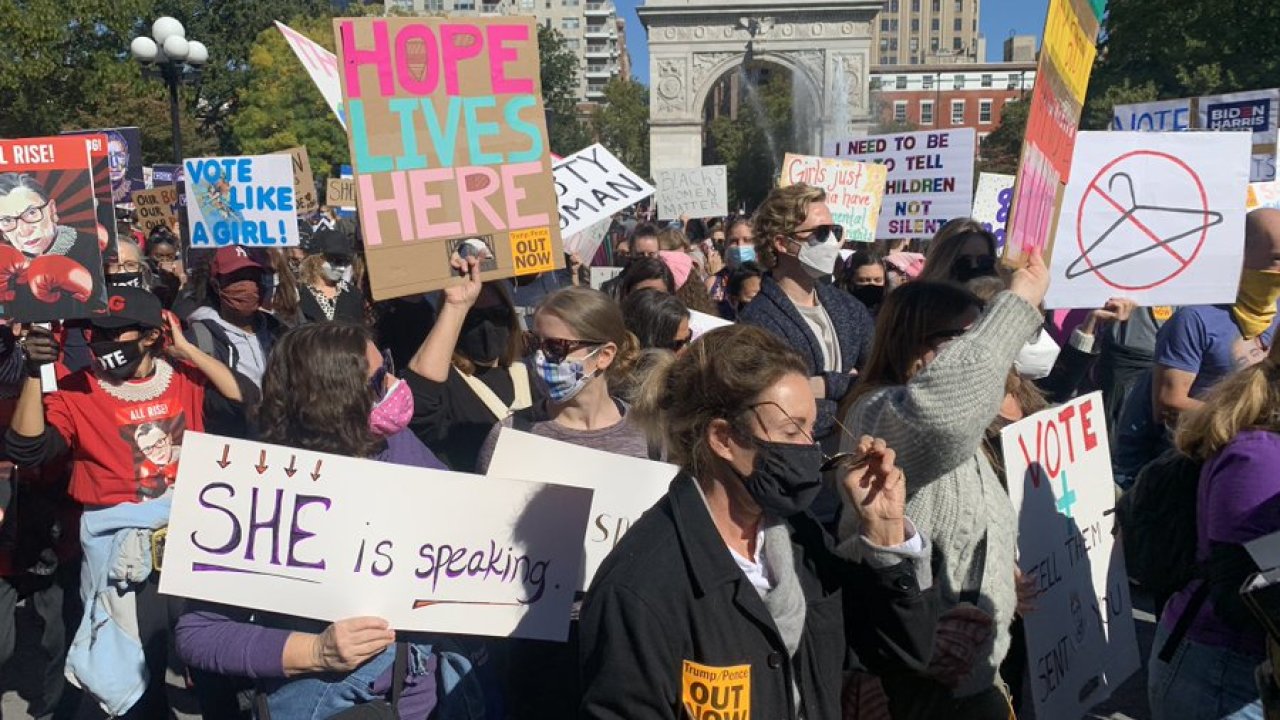 Hundreds of women took to the streets of Manhattan on Saturday as part of several coordinated events to denounce President Donald Trump ahead of the presidential election. 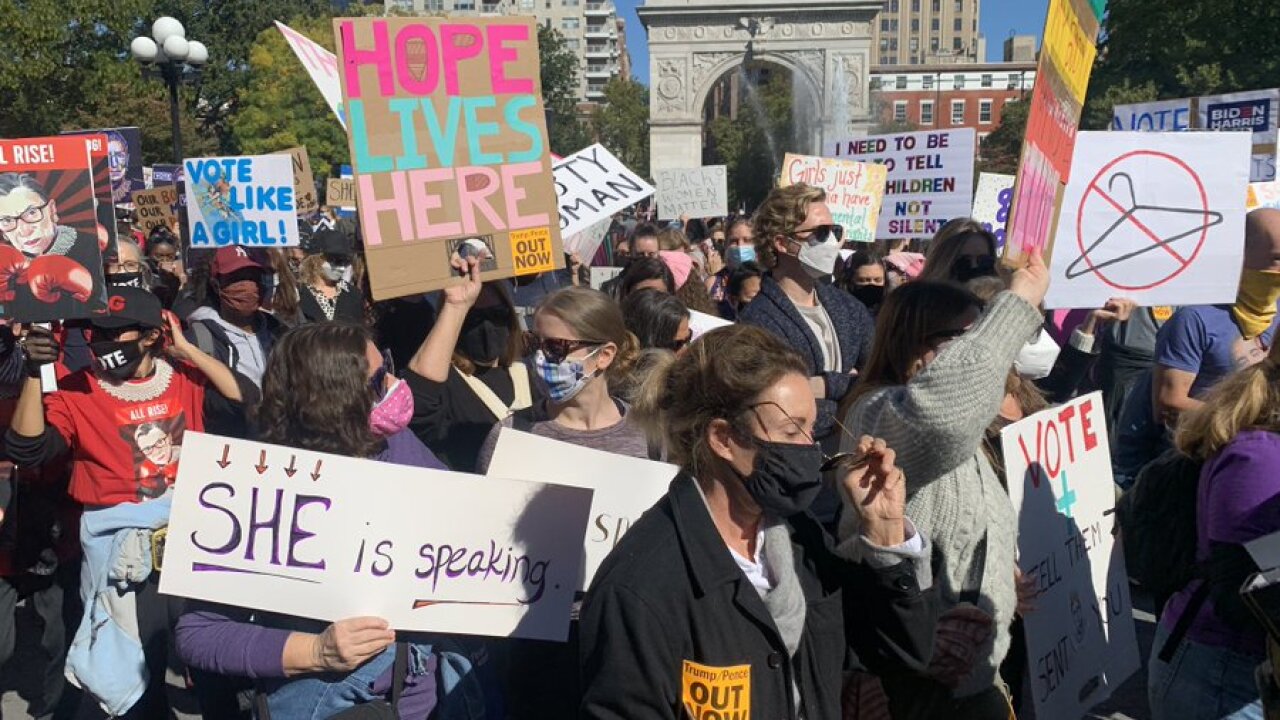 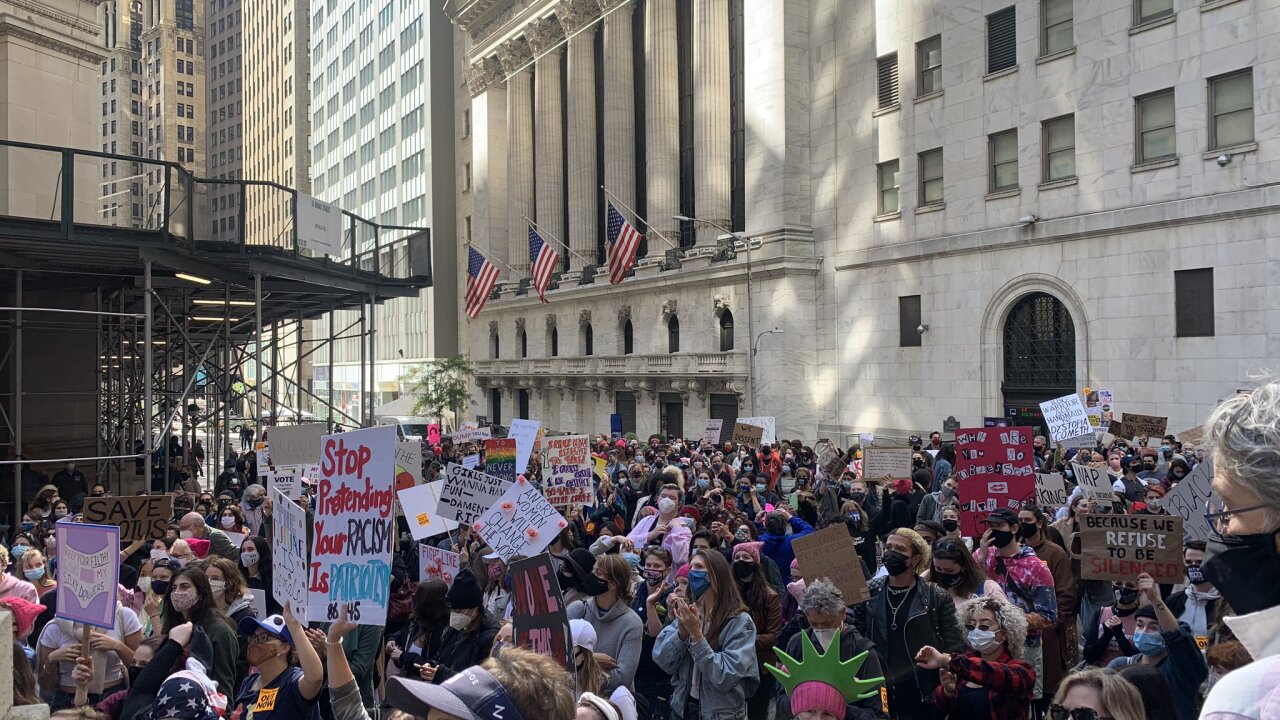 MANHATTAN — Hundreds of women took to the streets of Manhattan on Saturday as part of several coordinated events to denounce President Donald Trump ahead of the presidential election.

The group behind the Women's March, which is held in January, called on women across the country to organize events following the death of Supreme Court Justice Ruth Bader Ginsburg and the Republican Party’s decision to push through a replacement before the Nov. 3 presidential election.

Ginsburg died last month of complications from pancreatic cancer. She was 87.

Despite several Republicans previously saying they would not replace a Supreme Court justice during a presidential election year — and Ginburg's dying wish to be replaced after a new president was elected — Trump nominated Judge Amy Coney Barrett.

The Republican-led Senate held committee confirmation hearings for Barrett this week. The Senate is expected to vote on her nomination on Thursday.

Several events took place in Manhattan Saturday, including one that started with a rally in Washington Square Park before participants marched to join another rally at the New York Stock Exchange.

The Women's March was first held in January 2017 on the day after Trump's inauguration as president. The protest draws thousands of participants each year.

Other events in the tri-state area included: