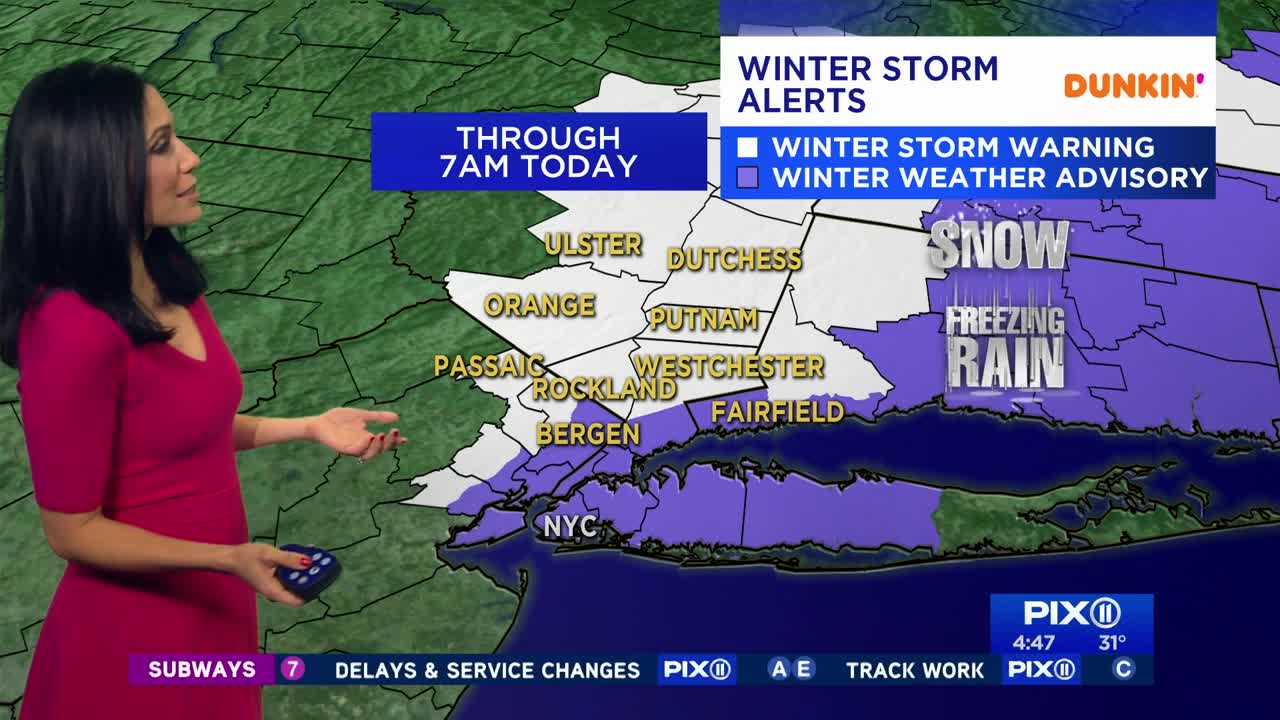 As a storm system moves out of our area, expect gradual clearing by the afternoon with a gusty northwest wind. Highs will be in the upper 30s in the city, lower 40s in the suburbs. 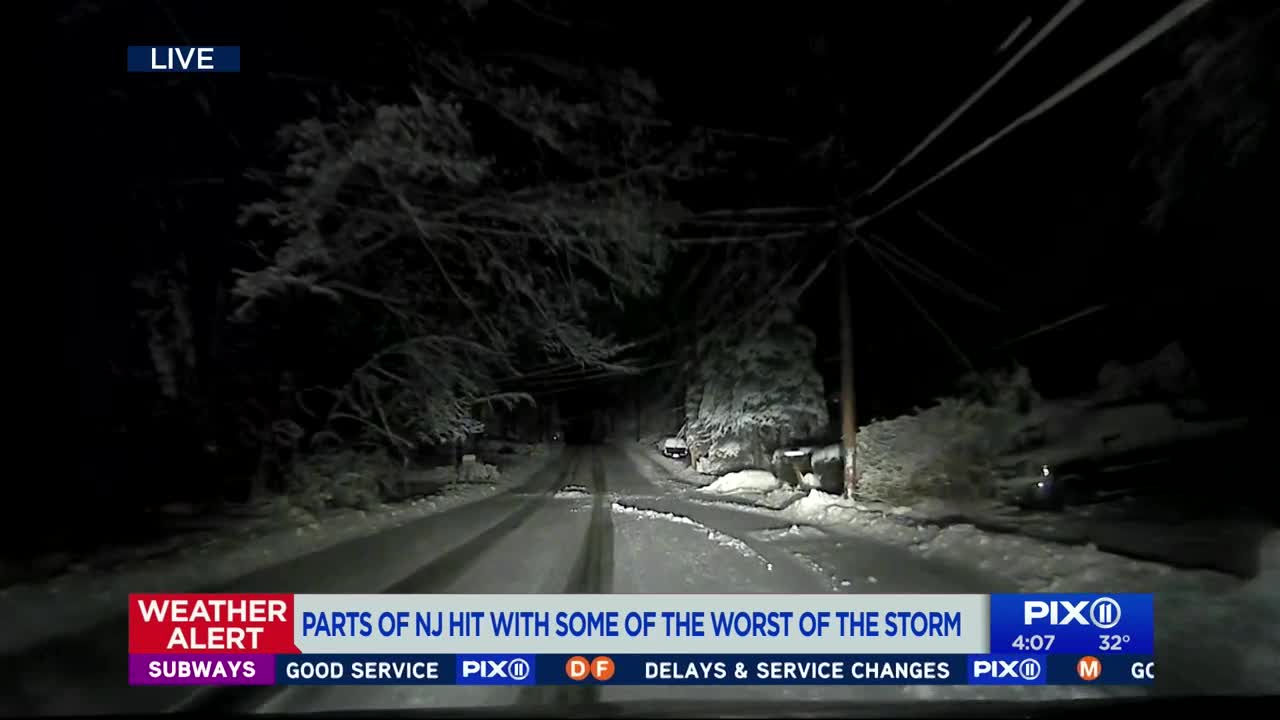 NEW YORK — A seemingly endless winter storm that hindered travel across most of the country over the long holiday weekend delivered a last wallop as it swooped through the tri-state region, dumping heavy snow, shuttering many schools and bedeviling commuters Monday into early Tuesday.

The complex storm system slowly departed our area overnight. Tuesday morning will remain chilly and blustery, but at least the day should be dry, with partly-to-mostly sunny skies. We remain cool for the rest of the week, but there are indications of a warm-up heading into next week.

While New York City only saw around 1 to 2 inches of snow, more suburban areas north of the city saw between 5 and 13 inches by Tuesday morning.

Here in New York, Con Edison reported over 800 customers in NYC without power just before 7 a.m., including 679 in Brooklyn, 85 in Queens and 56 in the Bronx. North of the city, Orange and Rockland counties saw about 5,722 customers with outages.

Out on Long Island, PSEG said Suffolk County had only about 5 customers without power by 7 a.m, while Nassau County customers had power restored.

More than 780 flights into or out of the U.S. were canceled Monday, with more than 5,600 delays, according to the flight tracking site FlightAware. Airports in the New York and Boston areas accounted for many of them.

Before the worst of the storm moved in Monday, New York Gov. Andrew Cuomo declared a state of emergency for seven counties in eastern New York and assigned 300 National Guard members to assist with snow removal. State police had responded to more than 740 storm-related crashes statewide since the snow started falling.

“We’re tough, we’ve seen it all, we can handle it all,” Cuomo said Monday at a storm briefing before urging people to stay off the roads.

In New Jersey, Gov. Phil Murphy said Monday at a news conference that the worst was still ahead. He closed state government for nonessential workers at noon.

New York, where a bus carrying about 30 people collided with a tractor-trailer late Monday, also posted lower speed limits on some highways. Gov. Cuomo said there were some injuries in the crash but that they don’t appear to be life-threatening.

Many buses from New York City to Pennsylvania and upstate destinations such as Ithaca and Binghamton were canceled.

Dangerous roads in Westchester County after winter storm
Copyright 2019 Scripps Media, Inc. All rights reserved. This material may not be published, broadcast, rewritten, or redistributed.