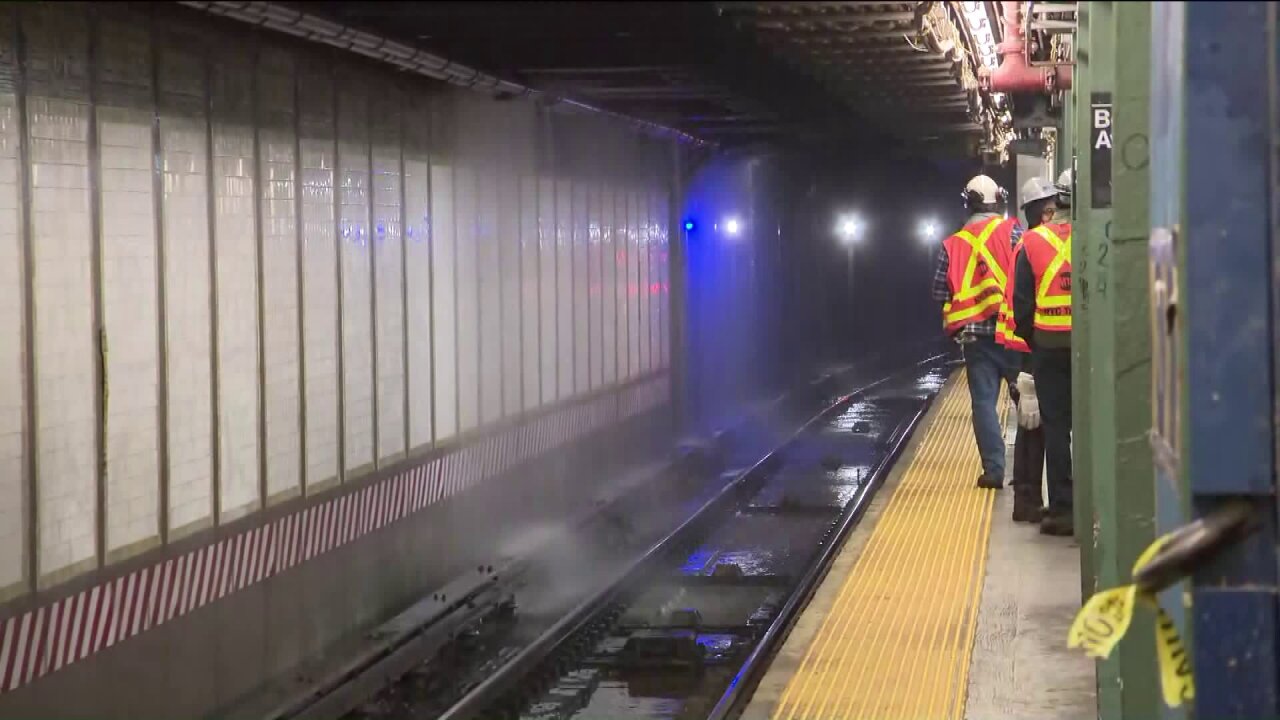 BROOKLYN — Subway service along the L line has resumed after an early Wednesday water main break near the Bedford Avenue station in Williamsburg suspended service between Brooklyn and Manhattan, according to the MTA.

Just after 7 a.m. The NYCT Subway Twitter account confirmed water was off the tracks and that service had resumed between the two boroughs.

L train service has resumed between 1 Av and Myrtle Av with extensive delays in both directions after an earlier street-level water main break at Bedford Av.

The Twitter account initially posted around 4:30 a.m. that L trains were holding in stations in both directions because of a water condition at the Bedford Avenue station, due to the street-level water main rupture.

Then around 5:10 a.m., the account updated saying L train service was suspended between Union Square in Manhattan and Myrtle Avenue in Brooklyn.