Violent weekend in NYC: NYPD responded to over 30 shootings since Friday 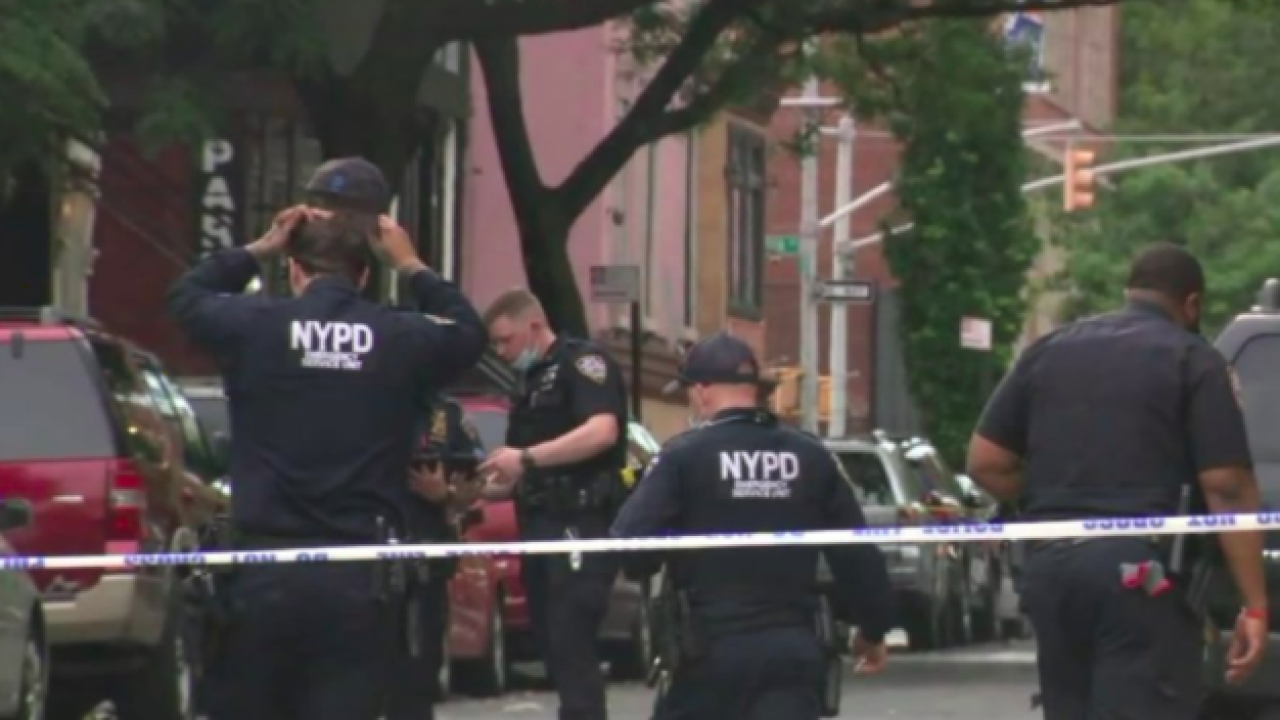 Police at a crime scene

NEW YORK — It was a violent weekend in New York City as NYPD officers responded to more than 30 shootings involving dozens of victims, authorities said.

At least 34 shooting incidents were reported since Friday, authorities said. About 45 people were wounded or killed, including a teenager who was fatally shot on Sunday — just days after his high school graduation.

Brandon Hendricks, 17, died after he was found shot in the neck in the Bronx, police said. No arrests have been made.

Hendricks was one of 11 victims wounded or killed in eight shootings on Sunday alone, police said.

There were over 60 shooting incidents reported over the last week while NYPD officers responded to more than 500 shootings in the first six months of 2020, officials said.

Shootings have greatly increased, something the city hasn't seen since 1996, NYPD Chief Terence Monahan said in an interview with AM 970's The Answer.

The NYPD attributed the dramatic and deadly rise in crime to bail reform, courts being closed during the COVID-19 pandemic and Rikers Island inmates being released due to coronavirus concerns.

Mayor Bill de Blasio attributed the increase to the court system not fully functioning due to the pandemic and the fact that people's livelihoods have been lost without the past few months.

The uptick comes amid nationwide protests to reform policing in the wake of the death of George Floyd, a Black man killed by a White officer in Minnesota on May 25.