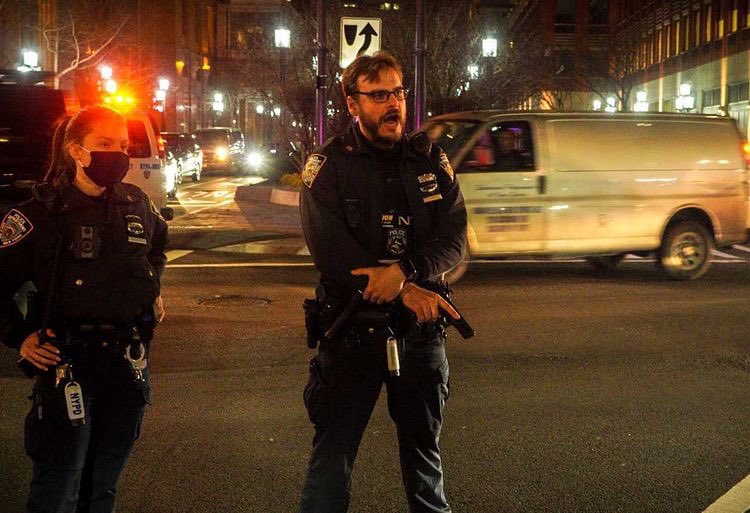 It's created a tense situation in Downtown Brooklyn: video shows the officer draw his gun after protesters confronted him about not wearing a mask.

DOWNTOWN BROOKLYN — Video obtained by PIX11 News shows the moment an NYPD officer pulled out his gun in response protesters who confronted the officer for not wearing a face mask.

The Black Lives Matter demonstrators were marching near Myrtle and Flatbush avenues around 9 p.m. Tuesday night.

John Jay Adjunct Professor Keith Ross is a former master instructor for the NYPD police academy; he analyzed the video and other images.

"This wasn't really a permissible time to take out his firearm," Ross said. "The person yelling at that police officer didn't do any actions that, in my estimation, equated to a threat of force."

In response to the video, protesters gathered once again in front of the 84th police precinct, where things got tense.

They want the police officer to be held accountable

The NYPD did not respond to our request for comment.