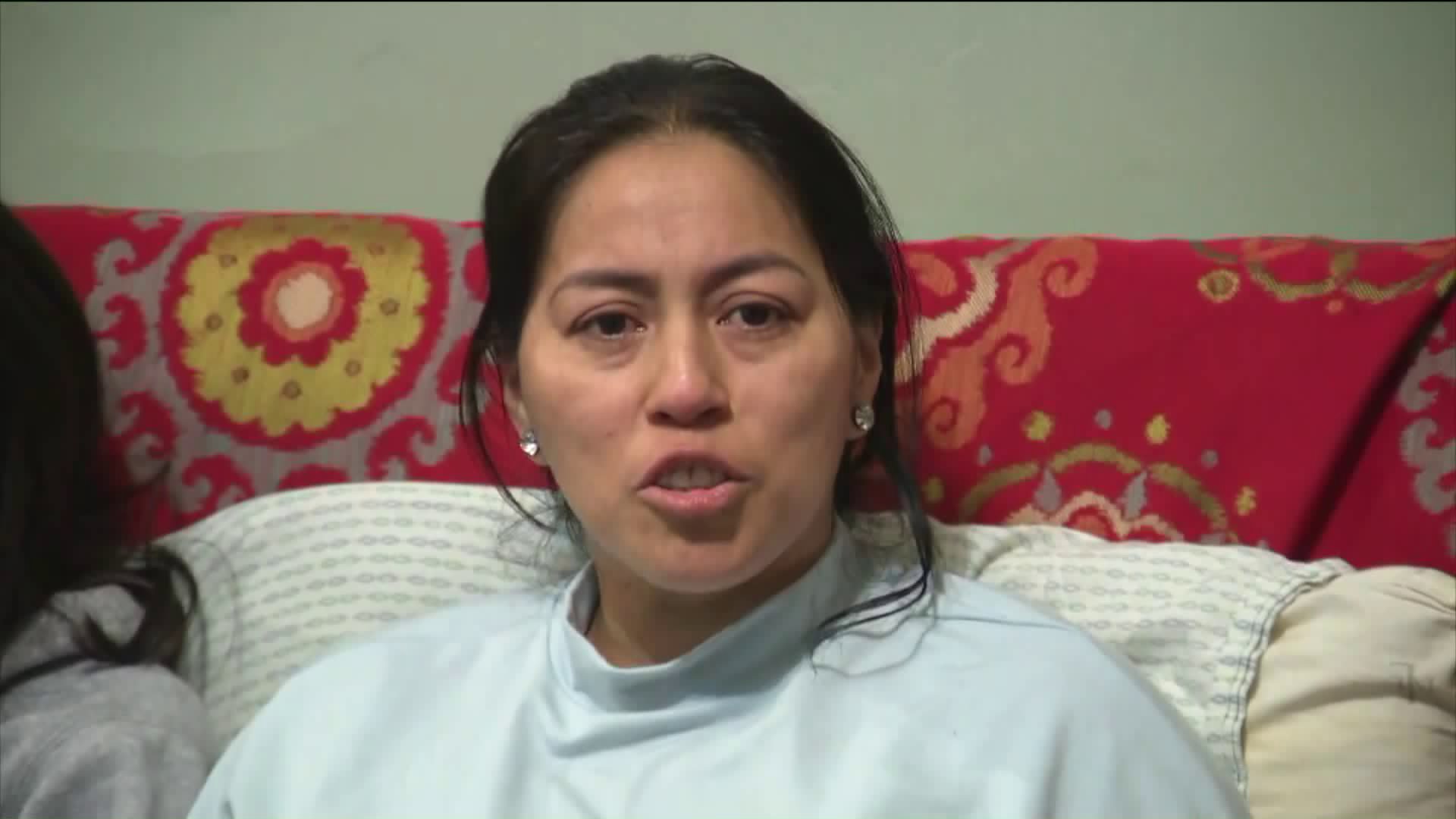 A survivor of a push onto city subway tracks speaks out.

SUNSET PARK, Brooklyn — From her couch in Sunset Park, just one day after being released from the hospital, Liliana Sagbaicela shares her remarkable story of survival.

“A lot of people don’t live after that," she said. "I lived because I trust in God.”

The Brooklyn mom of two, who makes a living as a housekeeper, says she was on her way to work Thursday morning and as she stood on the subway platform at Union Square waiting for her train, she was pushed.

"I can't remember it," Sagbaicela said. "I know what happened to me because I saw it in the news."

She was shoved onto the subway tracks, in front of an oncoming train. Many riders stood and watched in horror, as EMS workers hurried to help her.

She added that she's in pain and has eight stitches. She's unable to move much.

The FDNY rushed to the scene and helped the victim off the tracks, while a New York City Transit platform controller subdued the suspect, holding him down until police arrived, authorities said.

Still, Sagbaicela says even though she almost lost her life, she wishes him well.

“In my heart, I say God bless him," she said. "Bless him please cause I don’t know his life.”

On this Saturday, surrounded with her family, some who traveled from Ecuador to care for her, Liliana says she’s thankful for her second chance at life.

Sagbaicela is in therapy and has a long way to go with her recovery, not to mention hospital bills. You can contribute to a GoFundMe set up by her family here.