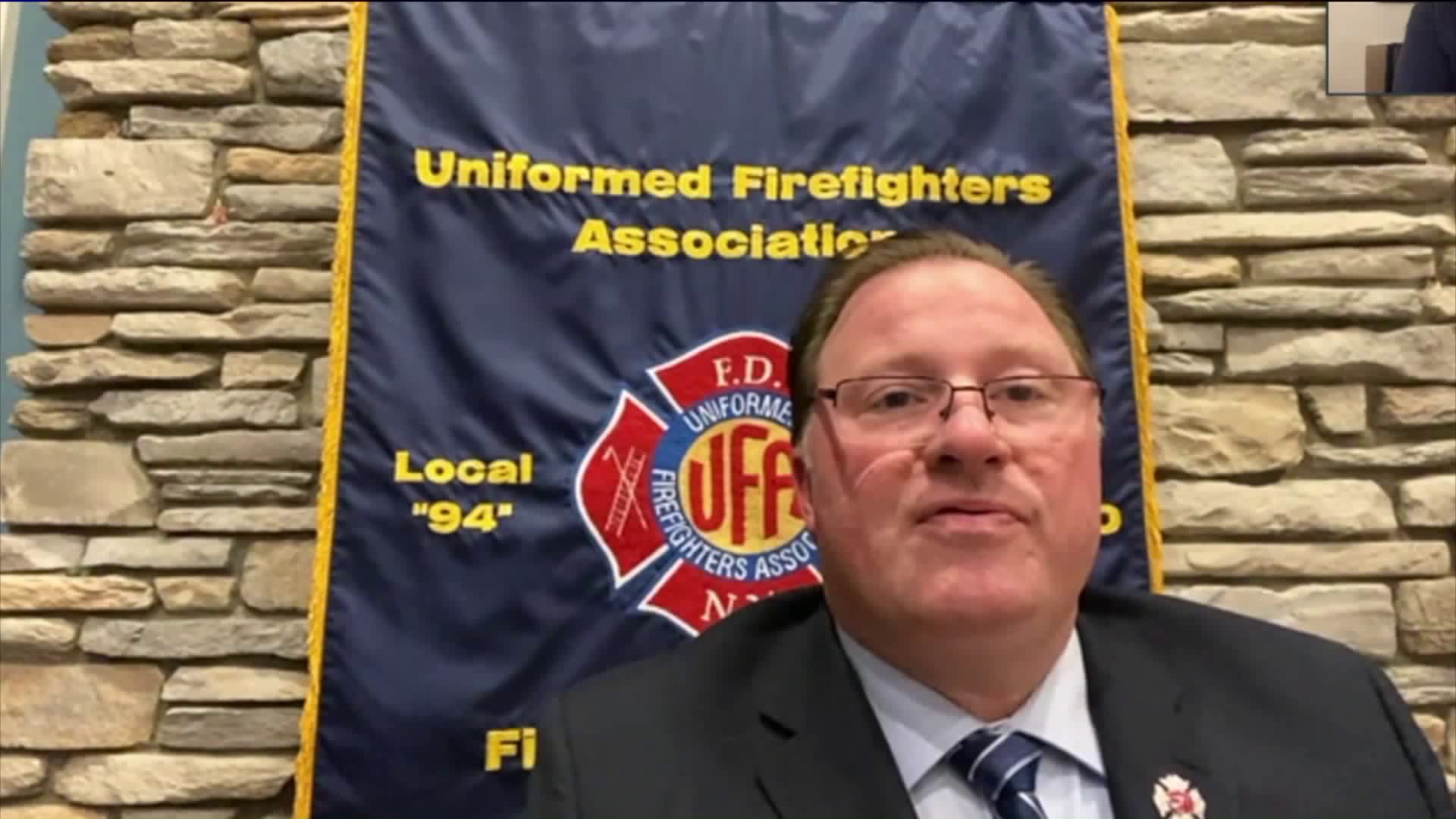 The United States' Department of Treasury has officially refunded nearly $4 million that was dropped from a healthcare fund that ssisted firefighters and 9/11 first responders.

NEW YORK — The United States' Department of Treasury has officially refunded nearly $4 million that was dropped from a healthcare fund that ssisted firefighters and 9/11 first responders.

The announcement was made by the FDNY-Uniformed Firefighters association. The Treasury Department withheld nearly $4 million in payments, the New York Daily News reported on the eve of the 19th anniversary of the terror attacks. The payments started dropping four years ago.

“Here we have sick World Trade Center-exposed firefighters and EMS workers, at a time when the city is having difficult financial circumstances due to COVID-19, and we’re not getting the money we need to be able to treat these heroes,” Prezant told The New York Daily News.

A bipartisan Congressional delegation from New York had written a letter to Treasury Secretary Steve Mnuchin demanding the funds be reinstated.

“I’m happy to hear that the millions of funds that mysteriously disappeared from the FDNY WTC Healthcare Program were returned and going forward reimbursements will not be used to offset the city’s debt," said Uniformed Firefighters Association President Andrew Ansbro. "Ailing 9/11 first responders have enough to worry about and thankfully will no longer have to worry about their healthcare being compromised. I am glad that Secretary Mnuchin found a way to fix it, as we asked him to do a week ago."

The FDNY World Trade Center Health Program helps provide comprehensive physical and mental health services to all active and retired FDNY first responders who responded to the World Trade Center attacks at no cost to the program members.