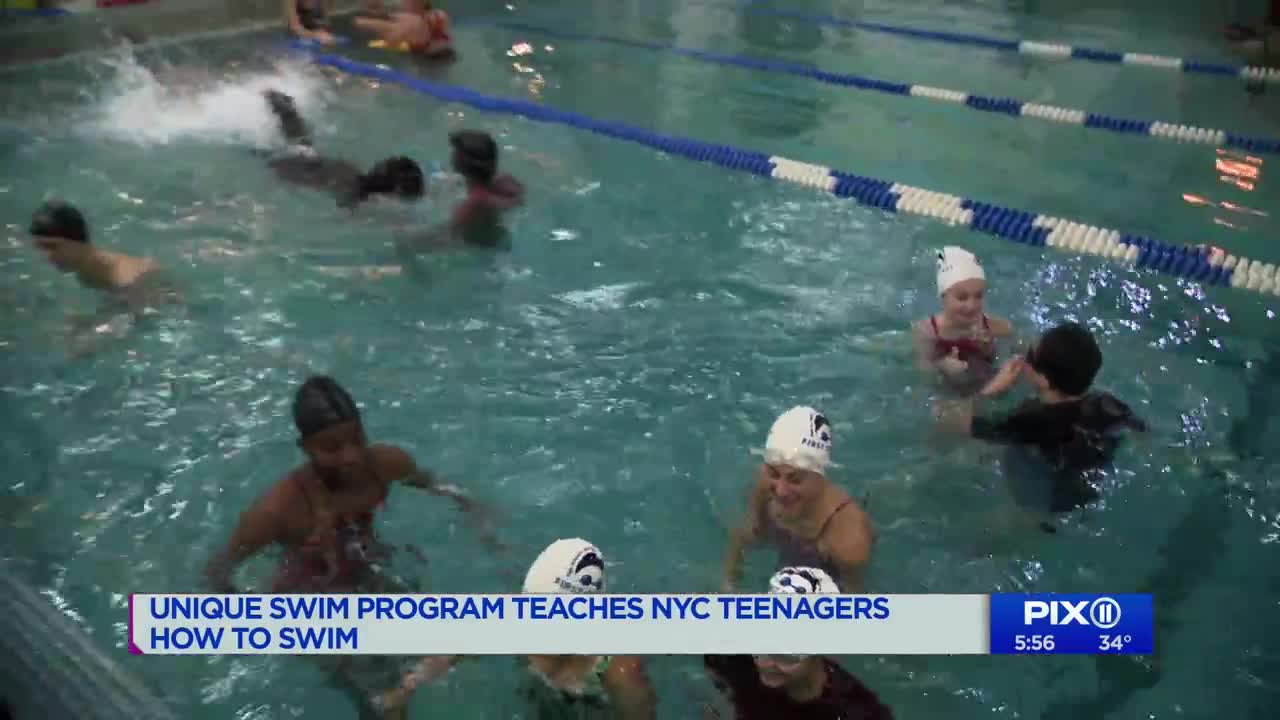 Every summer New York City kids and teens drown at local beaches and pools. And according to national and city statistics. minority and poor youth drown at a higher rate. But one New York City student is hoping to change that. She is teaching dozens of her fellow high school students how to swim.

And according to national and city statistics, minority and poor youth drown at a higher rate. But one New York City student is hoping to change that. She is teaching dozens of her fellow high school students how to swim.

"The water is a place for everyone and it's never too late for anyone to take their first strokes," 16-year-old Sylvie Goldner said.

Last spring, Goldner, a Bard High School student, learned a bunch of her friends had never learned how to swim. A competitive swimmer since she was young, she channeled her energy into launching the First Strokes swim program. And twice a week Goldner and several of her former swim team friends teach dozens of high school kids how to swim.

"Before I was scared of the water," Sayed Hassan said at the Seahorse Swim Club on the Lower East Side. But now the 14-year-old can't wait to go to the beach this summer. "Ever since coming to First Strokes, I've been comfortable going in and under," he said.

According to the New York City Department of Health, more than 25 percent of the city's students do not know how to swim.

"Every single student deserves to learn how to swim, no matter what your age is. It's a real safety issue," Goldner said.

First Strokes launched in the spring of 2019. Goldner applied for a $1000 grant from the non profit organization Youth Bridge New York. But First Strokes quickly used up the money renting pool lanes for classes. Now the program relies on the generosity of New Yorkers who donate through a Go Fund Me page.

It costs $250 an hour for First Strokes to rent lanes at the Seahorse Swim Club. But the teens learn how to swim for free.

"It's honestly incredible. I feel like she is giving these kids the biggest gift in life. Because not only is it a safety issue, imagine being in the city in the summer or being anywhere and not being able to cool down and have fun." Sylvie's mother, Marjorie Goldner said.

Many teens stay out of the water because of fear, the lack of access to a pool or the cost of lessons. But once Sylvie Goldner has them in the water, the fear is gone. The joy sets in. And their first strokes lead to a lifelong love of the water.

To learn more about First Strokes, check out their website.