'Get your knee off our necks' protest held in NYC 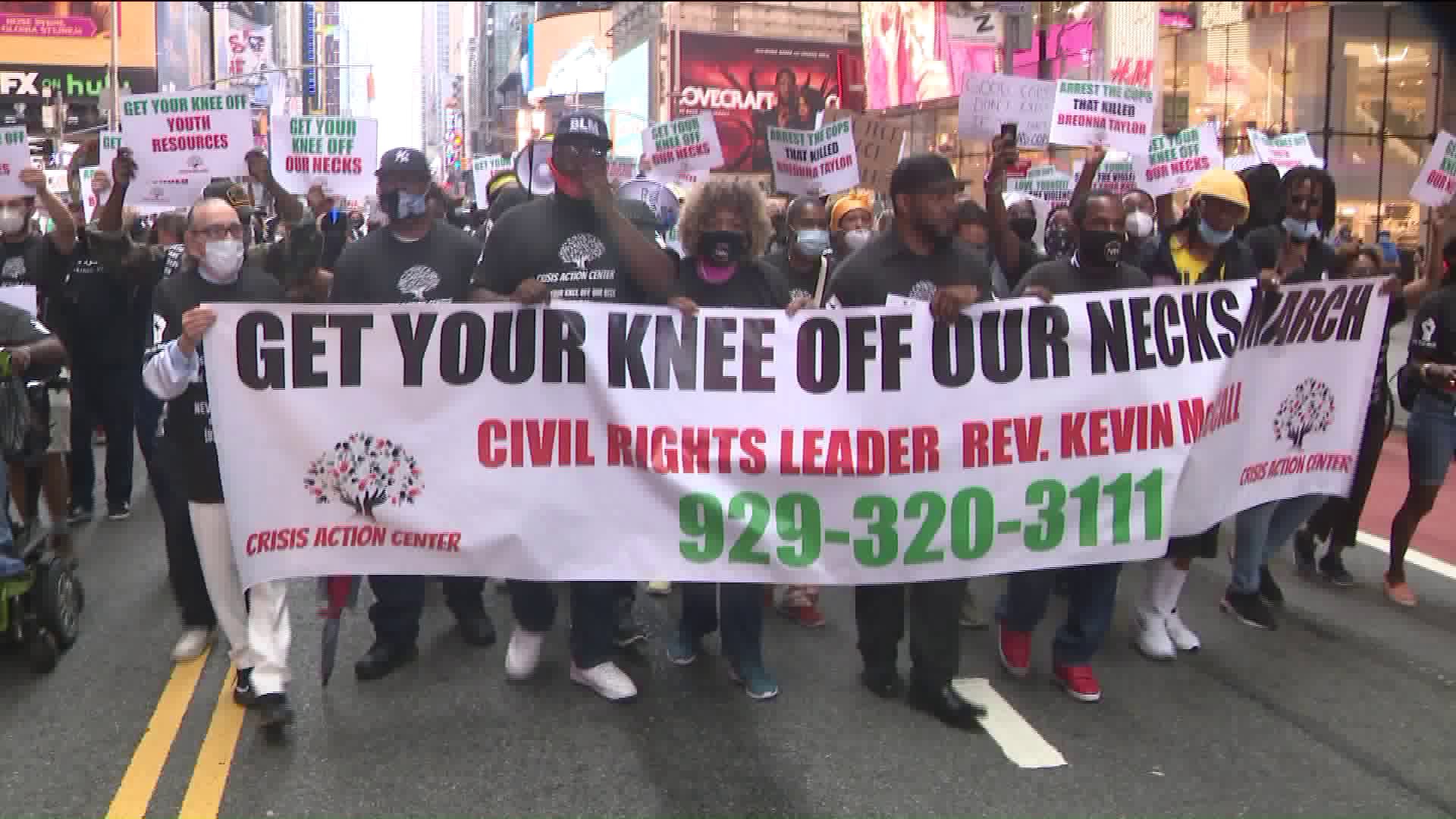 Citizens attended an anti-police brutality protest known as "get your knee off our necks" on Friday.

NEW YORK — These protesters come with extraordinary pain, as their loved ones were killed at the hands of police.

It was a peaceful march called "get your knees off our necks," which means more than just how Floyd died.

"Gets your knees off our necks on everything, it means black women being killed in hospitals giving birth, that goes into foster care systems, that goes into ending gun violence," said protester Larry Michael Smith Jr.

The families were joined by about hundred marchers who started out in Times Square and went up to Trump Tower. Their demands were clear, they want an end to police brutality and equality on all levels.

“We are tired of being sick and tired," said Rev. Kevin McCall of the National Action Network. "We don’t want just legislation, we want everything to change.”

Protesters admit they have had some success with police reform but say they must keep the momentum going.
Garner’s mother has been outspoken since her son died 6 years ago.

”Even the laws have been passed but they’re still pushed back, they’re trying to overturn those laws that have already been established,” said Carr.

Through support, a commitment for change and their voices, these protesters are hopeful.

At one point Floyd's brother took a moment to add his handprint to a painting in honor of his brother.

"My brother was about community and giving back," said Terence Floyd.

That's why the pain is still heavy and these families say time can’t heal what they feel, only justice can.