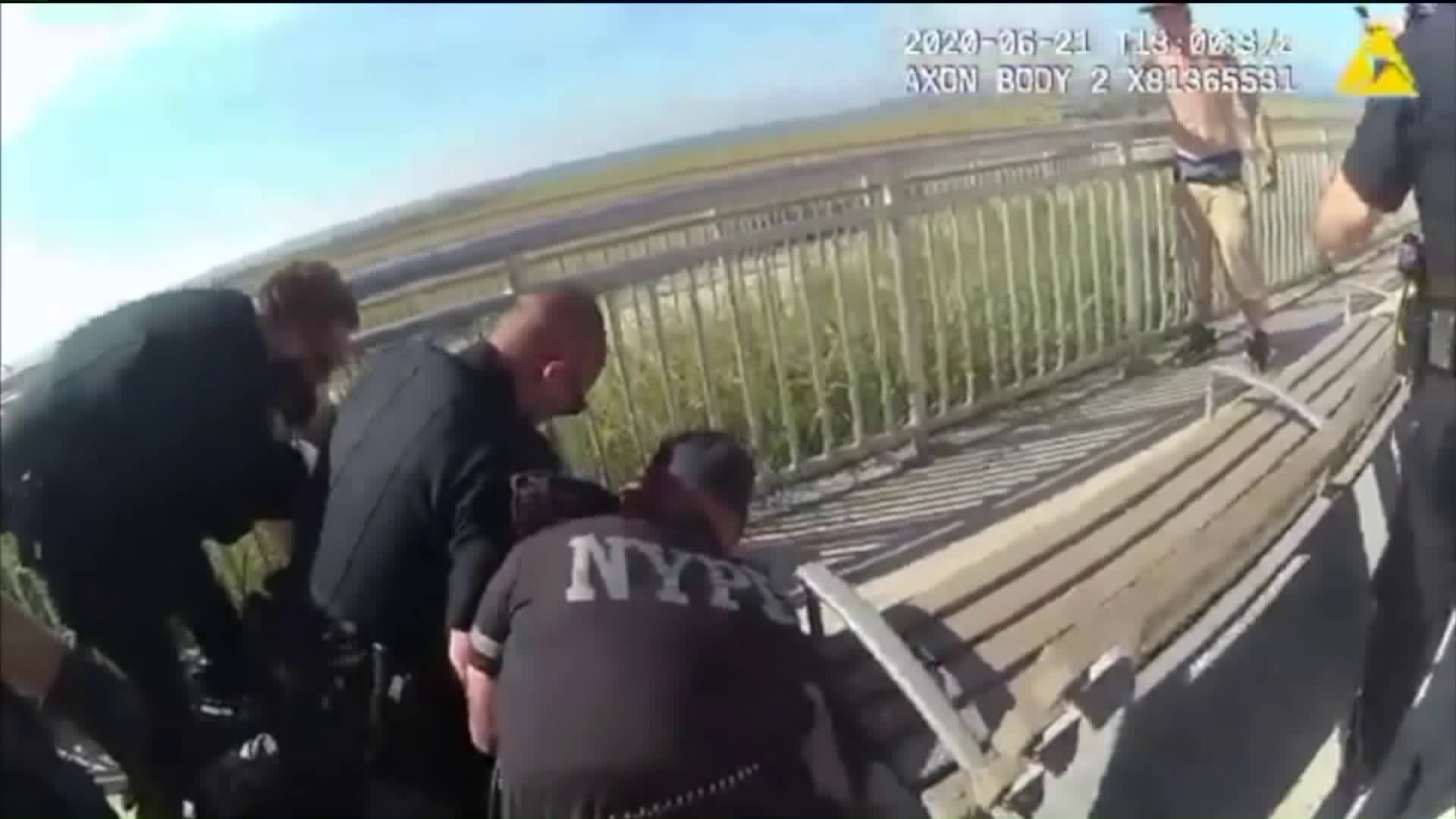 Action was swift. The mayor said it's police reform working.

FAR ROCKAWAY, Queens — A New York City police officer suspended from duty after he was recorded Sunday putting a man in what the police commissioner said was a banned chokehold could face criminal charges for the second time in his career.

Prosecutors said Monday they’ve opened an investigation into Officer David Afanador’s actions on a Queens boardwalk, adding that “there must be zero tolerance for police misconduct.”

The officer was suspended Sunday night after viral video showed police use an apparent chokehold on the boardwalk in Far Rockaway.

Four officers were on top of the man, now identified as Ricky Bellevue, and one officer had his arm wrapped around him. The officer got up after another officer tapped him on the back and appeared to pull at the back of his shirt.

Afanador was acquitted in a prior case stemming from allegations he pistol-whipped a teenage suspect in Brooklyn and broke two teeth.

He also had eight Civilian Complaint Review Board complaints filed against him, including for excessive force and denying medical attention.

The NYPD moved quickly to suspend Afanador without pay after Sunday’s confrontation.

Police Commissioner Dermot Shea announced his suspension just hours after video was posted on social media and called the swift action a sign of “unprecedented times.”

The mayor said the suspension was an example of police reforms working.

The DA is not expected to file charges against Bellevue.