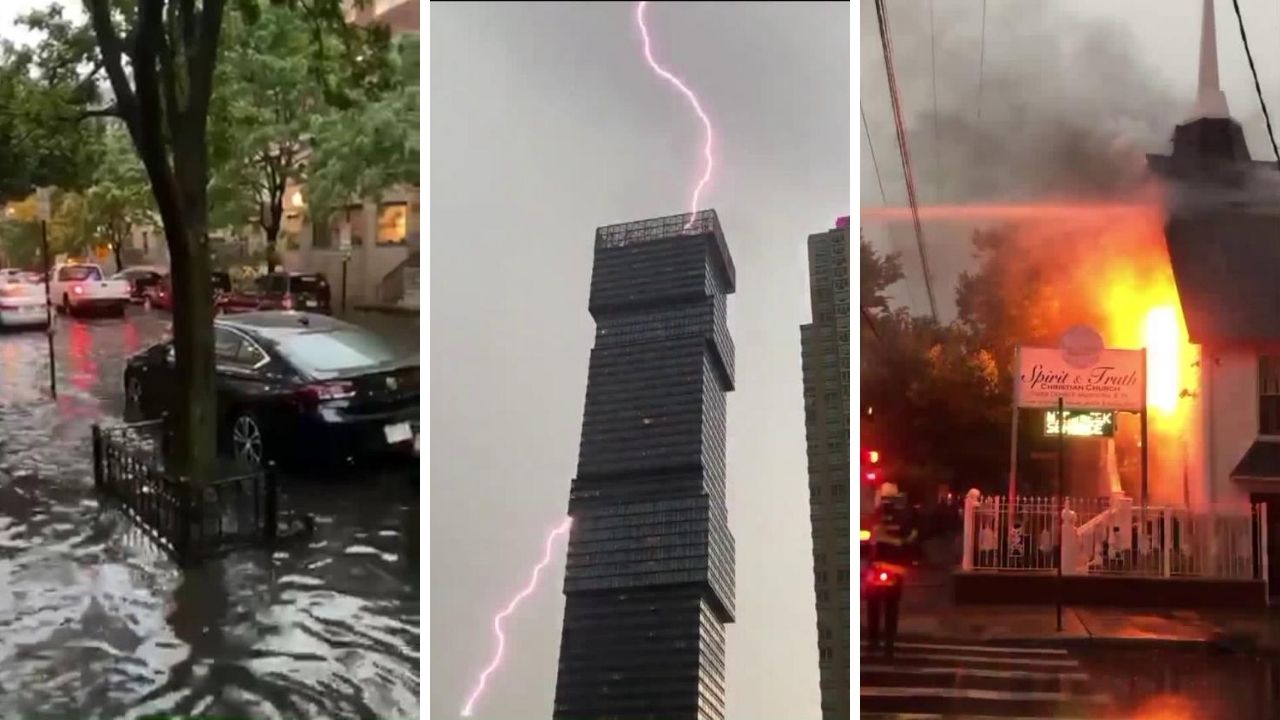 NEW YORK — A round of powerful storms swept through the tri-state Wednesday, breaking the summer swelter after five ferocious days of 90-plus temperatures.

The strong storms brought torrential downpours, whipping winds and lightning to the region, causing damage, flooding outages and even injuries to New York and New Jersey.

Two people in Queens were hospitalized after reports of the pair being struck by lightning in Charles Drew Park in South Jamaica, police said. Their condition is not known at this time.

Lightning is also believed to have sparked a large fire in a church on Sutter Avenue in the South Ozone Park neighborhood of Queens.

A house in the Cypress Hills area of Brooklyn was also reportedly struck by lightning amid the storms.

Over in New Jersey, heavy rains meant flash flooding in Hoboken, causing problems for drivers in the city.

Thousands across New York and New Jersey woke up without power Thursday as utility companies work around the clock to restore service.