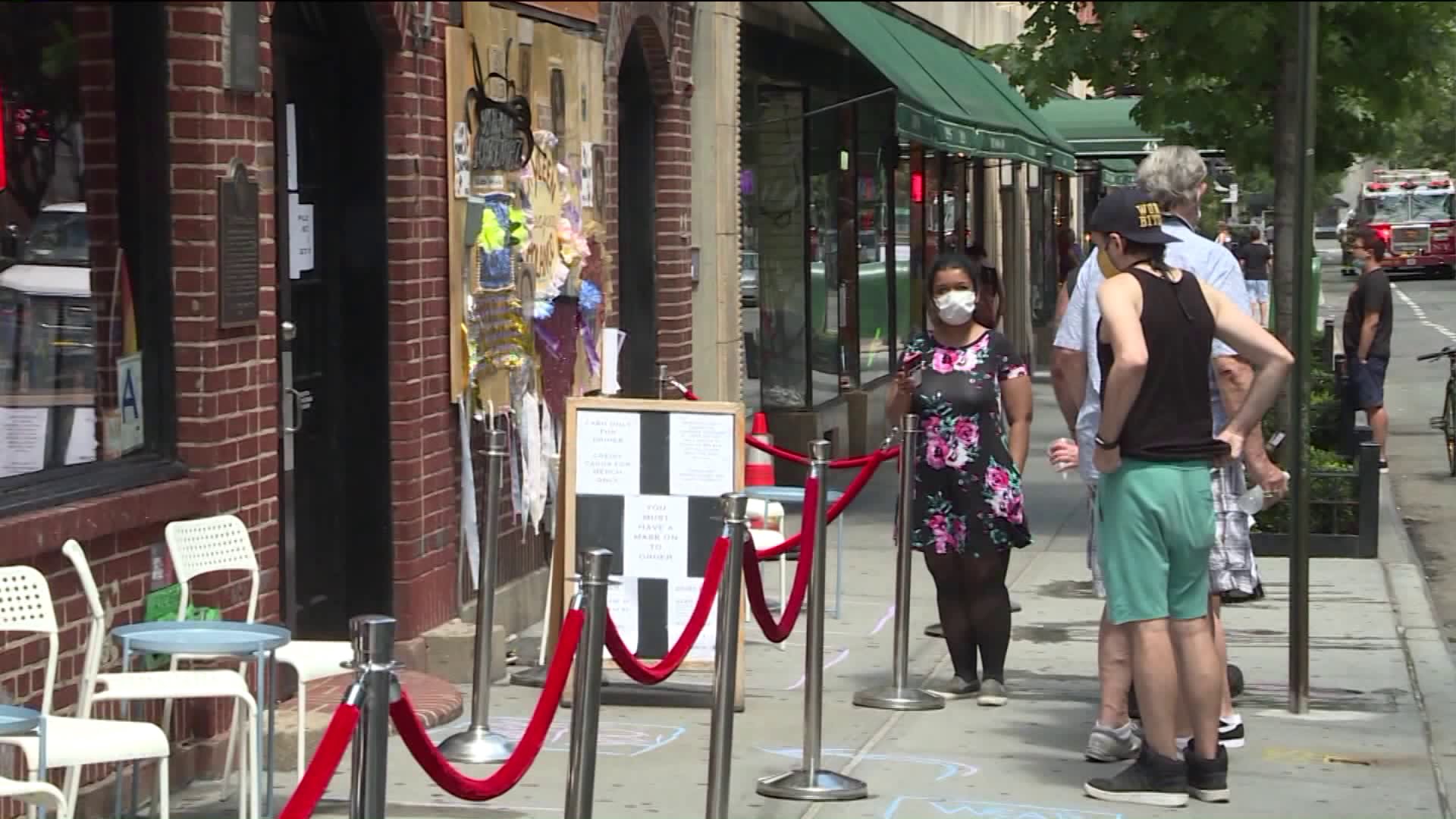 Despite its everlasting impact on the LGBTQ movement, the iconic Stonewall Inn is on the brink of closing its doors for good as a result of the COVID-19 pandemic.

MANHATTAN — Despite its everlasting impact on the LGBTQ movement, the iconic Stonewall Inn is on the brink of closing its doors for good as a result of the COVID-19 pandemic.

“It’s crippled us financially quite frankly,” co-owner Stacy Lentz told PIX11. “It put us at a massive deficit where we are months behind in rent.”

Co-owners Lentz and Kurt Kelly say mounting bills and sheer uncertainty has done irreparable damage to the establishment which relies heavily on the bar scene that has been nonexistent since mid-March.

“We lasted through the roof caving in on our first year, we lasted through a riot,” Kelly said. “For me personally, I’ve spent four months of not getting good sleep wondering what is going to happen to one of the original safe spaces.”

In addition to opening a curbside cafe, the bar launched a GoFundMe page, wherein less than a week they’ve managed to raise more than $100,000 which will go toward rent and insurance.

Despite various avenues of revenue, owners say it still may not be enough.

The possible, permanent closure happens at a time when the landmark prepares to celebrate the 51st anniversary of the Stonewall riot where a police raid sparked days of unrest, kicking off what has become widely considered the start of the modern gay rights movement.

Longtime bartender “Tree” who was there that fateful night says he’s optimistic.

“I have a feeling the community is going to come out and officials are going to help,” he said.