Woman dies week after being shot in head by stray bullet in Staten Island lobby: police 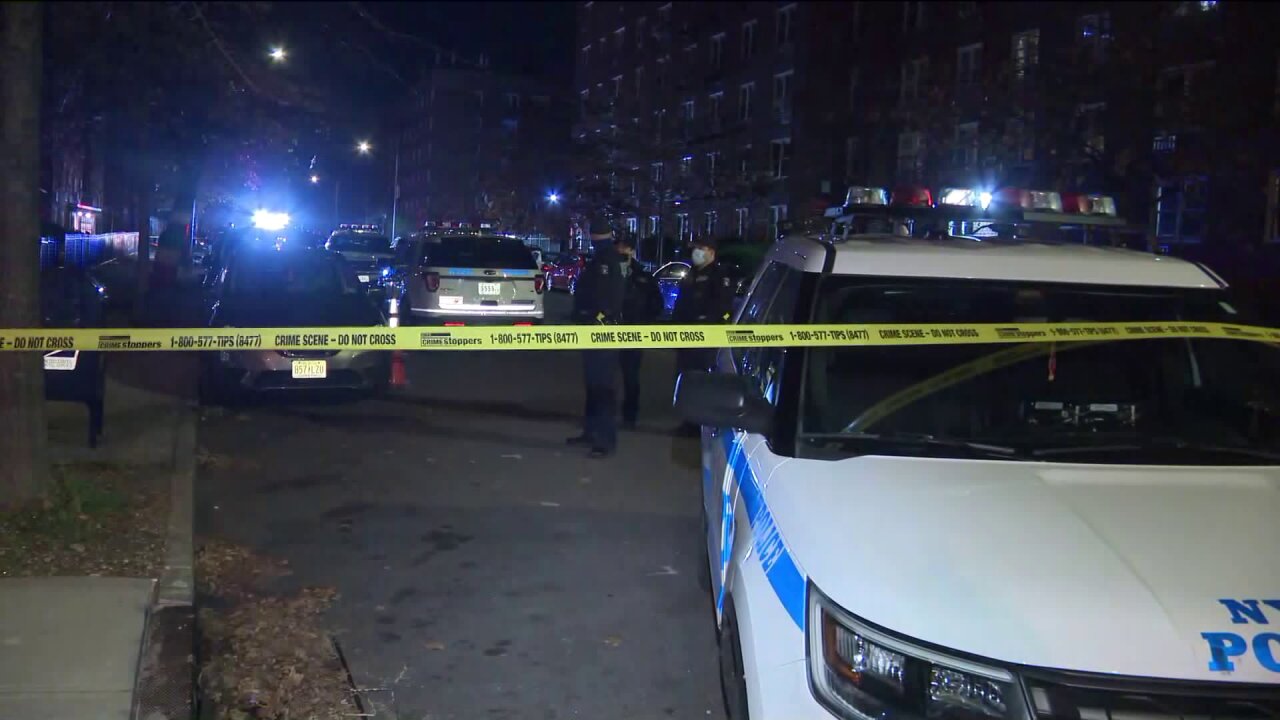 PIX11 News
A 52-year-old woman has died Wednesday, Nov. 25, just over a week after she was shot in the head by a stray bullet in the lobby of her Staten Island apartment building on Nov. 16, 2020, police said Thursday.

PARK HILL, S.I. — A woman has died just over a week after she was shot in the head by a stray bullet in the lobby of a Staten Island apartment building, police said Thursday.

The NYPD said the 52-year-old woman died Wednesday, nine days after she was rushed to the hospital with the gunshot wound.

Authorities have not yet released the victim's identity.

The woman was struck by the bullet on the evening of Nov. 16 when gunfire erupted outside the building on Park Hill Avenue near Roff Street, police said.

EMS rushed her to a nearby hospital in critical condition, where she remained until her death.

Police said the woman was likely an innocent victim caught in the crossfire of a drive-by shooting.

The NYPD said a potentially light-colored SUV drove up and someone inside likely opened fire.

The gunfire also resulted in property damage to the building and four parked cars had bullet holes in them, officials said. No other injuries were reported.

No arrests had been made as of Thursday.

PIX11's Anthony DiLorenzo first reported on this story on Nov. 17:

Woman shot in head by stray bullet in Staten Island