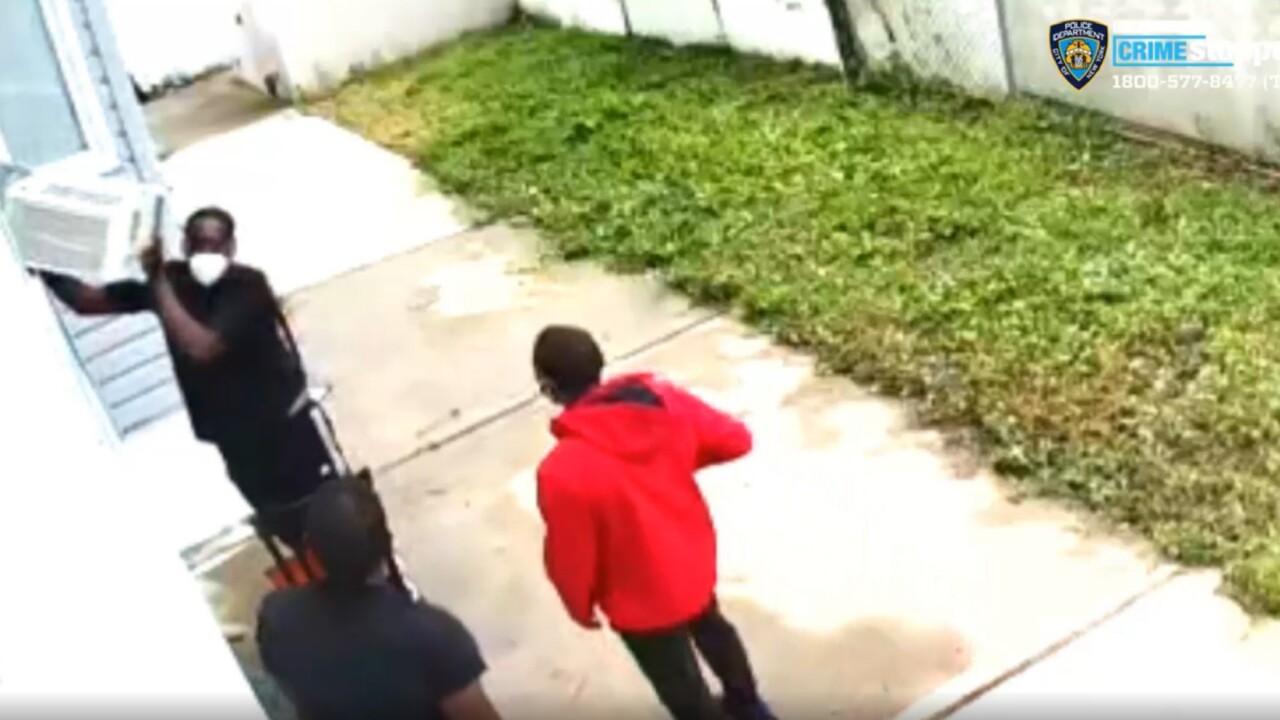 NYPD
Three suspects were caught on camera breaking into a Staten Island home by removing an air conditioner from a window, police said.

STATEN ISLAND, N.Y. — Police are looking for three suspects who were caught on video breaking into a Staten Island home by removing an air conditioner from a window, according to the NYPD.

The burglary happened around 3:15 p.m. on July 24 at a home near Clove Road and Mosel Avenue, police said.

The suspects were seen on video, released by the NYPD on Sunday, removing an air conditioner from the side of the 28-year-old victim’s home.

One of the suspects climbed through the window using a chair to help boost him to the right height, the video shows. He then let the other two suspects inside via a back door, according to police.

Once inside, the suspects stole jewelry, a backpack and two safes that contained about $4,000 in cash, police said.

The group loaded the stolen items into a grey four-door sedan and left, police said.