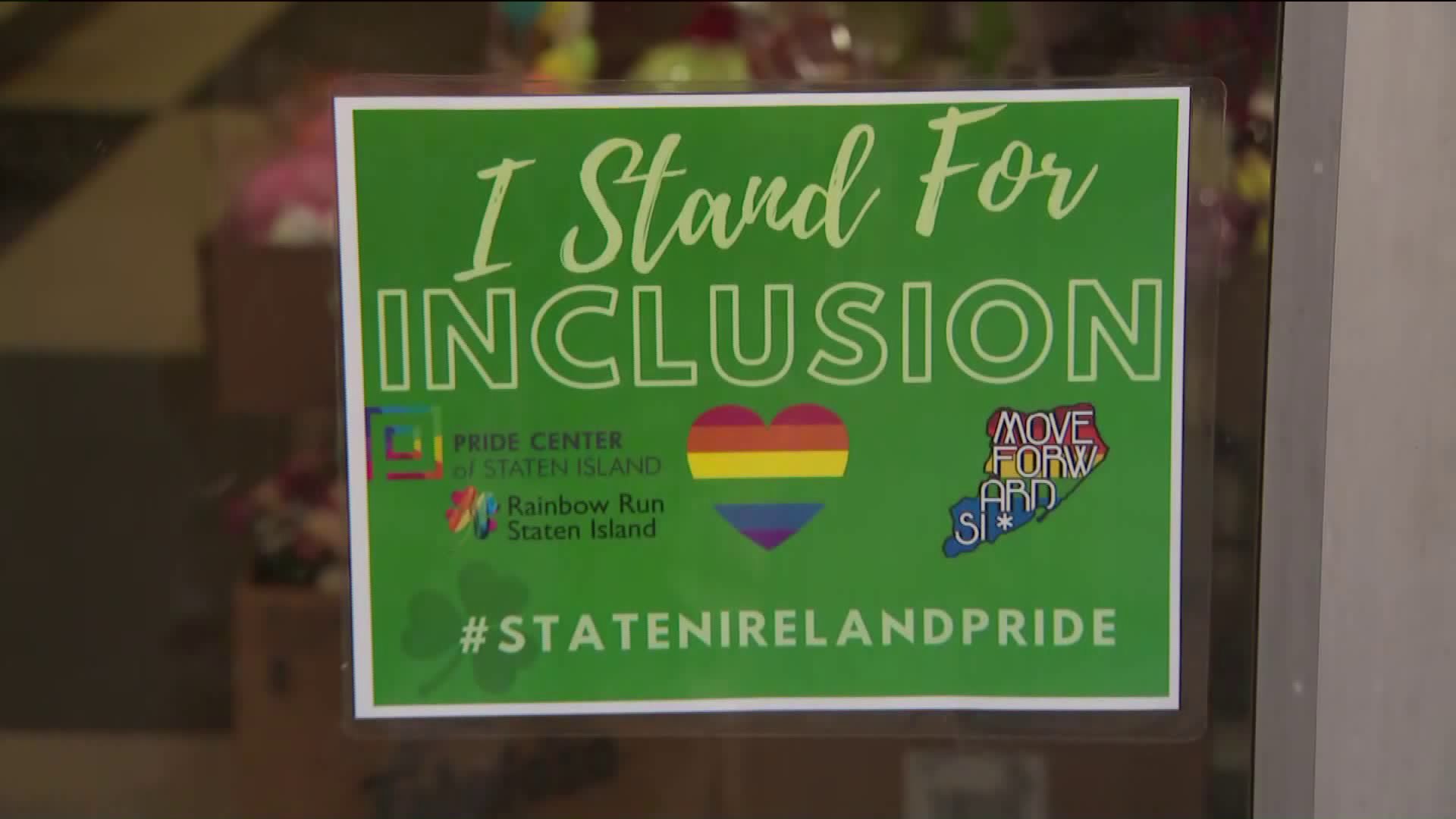 Up and down one stretch of the Staten island St. Patrick’s Day parade route on Forest Avenue are these green signs in at least half a dozen window saying “I stand for inclusion” in an apparent reaction to the fact that for the 10th year in a row the pride Center of Staten Island has been denied a permit to march in the St. Patrick’s Day parade.

And now the head of this LGBTQ group is calling for a boycott.

“What I am asking is that people show up to Forest Avenue, take advantage of our fabulous bars and restaurants and just not march I. The parade,” Carol Bullock, the executive director of The Pride Center of Staten Island, told PIX11 News.

Larry Cummings, the head of The Ancient Order of Hibernians Staten Island, was not available to comment on his group’s decision to ban the gay group.

“Here’s the deal: It’s a non-sexual identification parade and that’s that. No, they are not marching,” Cummings said earlier this week.

Many Staten islanders disagreed.
“I think everyone should be allowed to march in the parade,” Irene Lewinsky, a Bulls Head resident, told PIX11 News.

“I think they should be allowed to march,” said fellow resident Stephanie DePalma\.

“It’s discriminatory. They should be allowed to march,” Allen Cappelli, another resident, told PIX11 News. “Love is love," he added.

The Manhattan Saint Patrick’s Day Parade, said to be the largest celebration of Irish heritage in the world, only began allowing gay groups in 2015. And now Staten Island is believed to be the only one In the city that still bans them.

Among those believed to be boycotting the parade are Staten Island Borough President James Oddo and Congressman Max Rose, Councilmember Debi Rose among others.