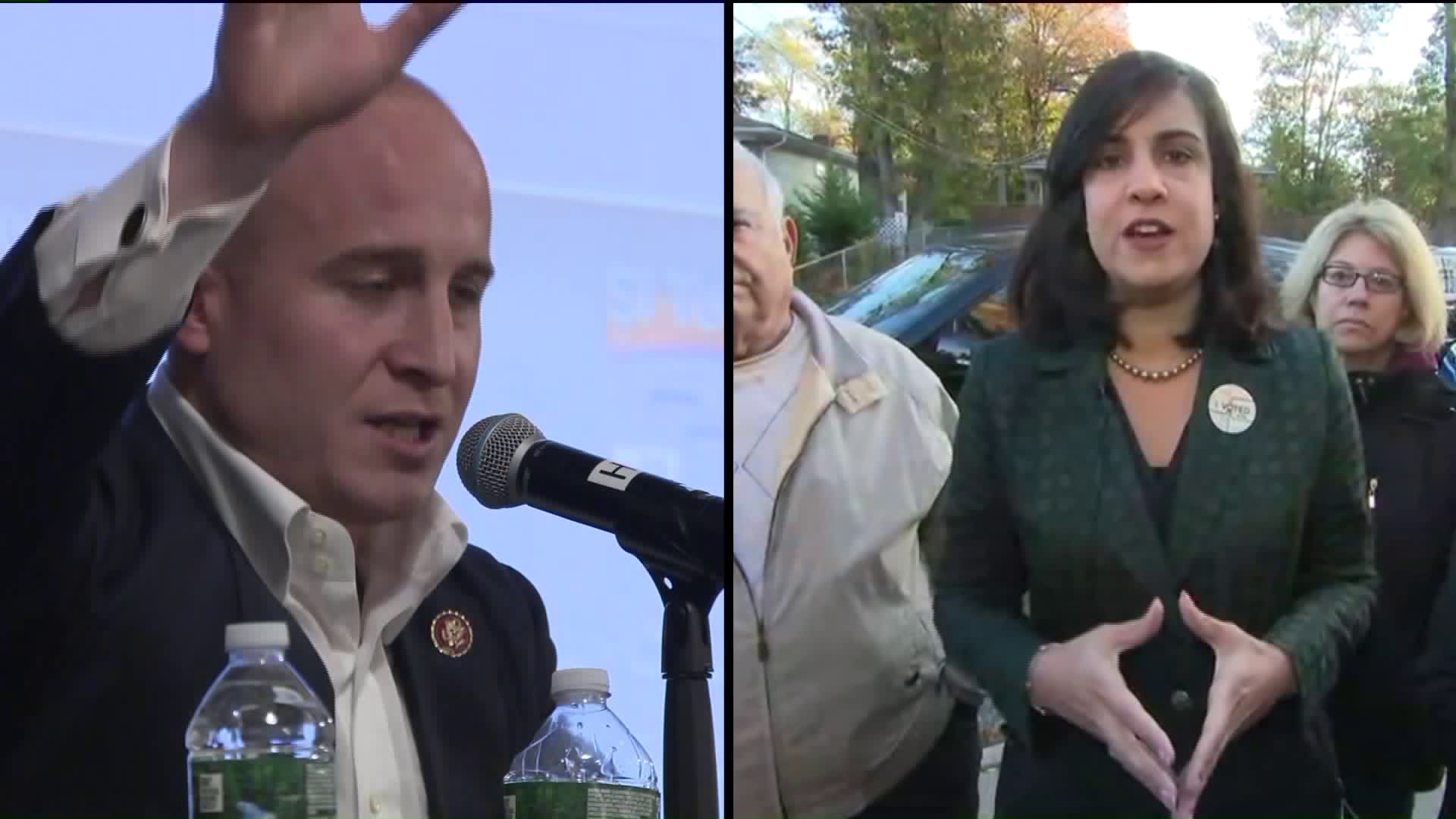 The Congressional race between Max Rose and Nicole Malliotakis is getting ugly... and expensive.

NEW YORK — The negative campaigning in the 11th Congressional District race is something to behold, even if you've been following the 2020 Presidential race.

Rose was endorsed by current Democratic nominee, former Vice President Joe Biden, in 2018 and has been endorsed by former President Barack Obama in 2020. Malliotakis has the endorsement of President Trump, who won the district in 2016.

Rose is painting Malliotakis as a flip-flopper, while Malliotakis — who has won police endorsements — is using ads to try and link Rose to Mayor Bill de Blasio and anti-police violence.

"Her ads against me are wrong, reprehensible, disgusting, but not surprising," said Rose of ads that say liberals like him are shrinking the thin blue line. "That's what you do when you live life as an absolute fraud."

"Desperate candidates say desperate things and Max Rose and [Nancy] Pelosi are desperate, spending millions to discredit me to smear my record," she said.

Fact checkers have found that both candidates have stretched their messages and the negative hype is expected to continue up to Election Day.

Although her war chest is $4 million less than Rose, Malliotakis says she's building momentum and heavy contributors that will enable her to mount a TV ad blitz over the final weeks of the campaign.