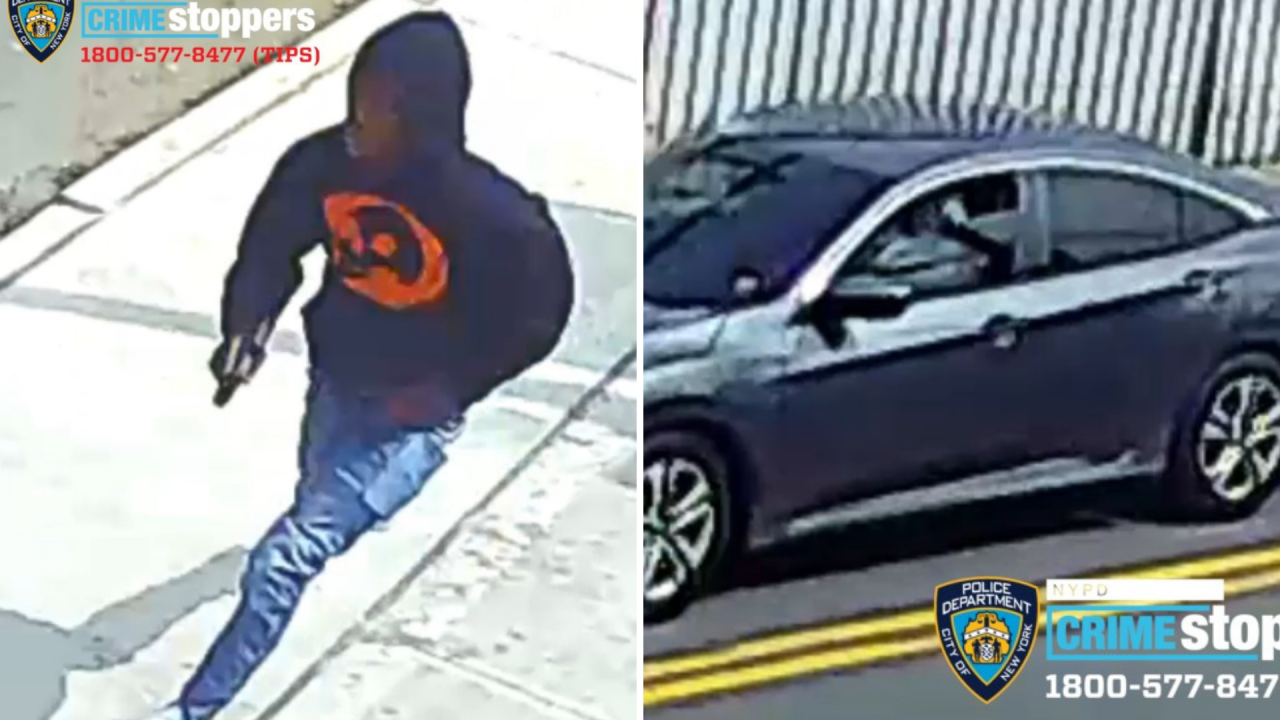 STATEN ISLAND — A man is wanted in connection with a homicide on Staten Island, police said.

The incident was reported at 1 p.m. on September 14 in the area of Richmond Terrace and Lockman Avenue. Two men, a 21-year-old and a 22-year-old, were approached by a man as they sat in their car and he fired several shots from the driver's side.

The man ran westbound on Richmond and got into a gray, four door Honda Civic and fled westbound. The car was being driven by a second, unidentified man.

The individual wanted is described as a male, who wore a dark colored hooded sweater with a red or orange graphic on the front, blue jeans and white sneakers. The vehicle is described as a gray four door Honda Civic with a temporary space saver spare tire on the front passenger's side of the car.

Anyone with information in regard to this incident is asked to call the NYPD's Crime Stoppers Hotline at 1-800-577-TIPS (8477) or for Spanish, 1-888-57-PISTA (74782). The public can also submit their tips by logging onto the CrimeStoppers website at WWW.NYPDCRIMESTOPPERS.COM [nypdcrimestoppers.com] or on Twitter @NYPDTips. All calls are strictly confidential.