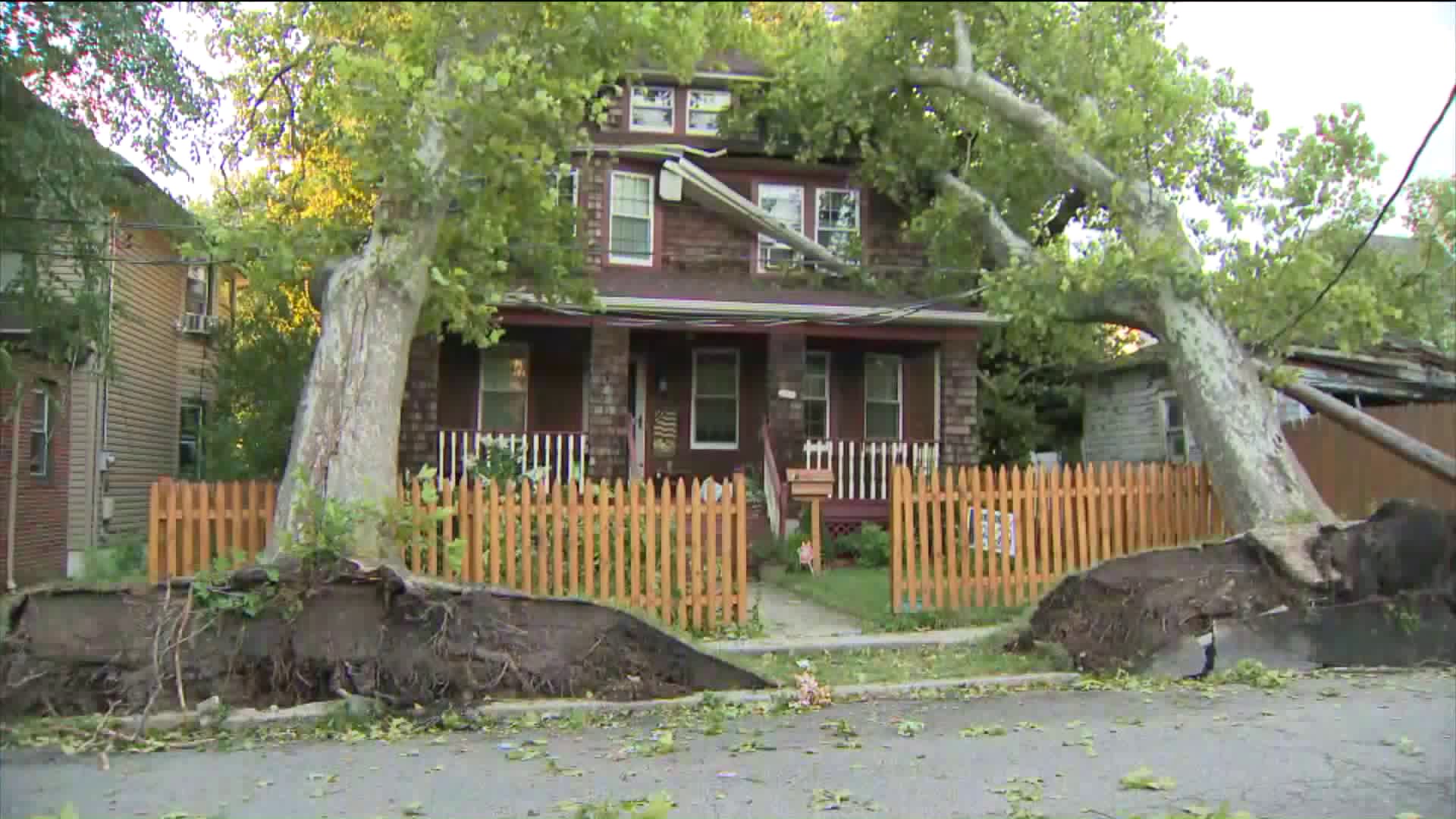 Staten Island was not spared the damage of Isaias Tuesday.

After Isaias stormed through town, it will all have to be redone.

"I wish the city would do something about all of these trees because somebody's going to get killed," Liquori said.

Liquori's wife was inside working when the first tree fell on his house Tuesday.

"The bottom was coming up a little bit and then all of a sudden it just went down," Schumilo said.

"Then, it was like fireworks, the whole thing, it just started sparking," added McCusker.

Similar scenes played out all over Staten Island's North Shore.

Trees leaning on houses causing damage and scaring 8-year-old Arielle Martinez when a branch broke through her window.

"It was really scary, it was huge and it was against our room window," Martinez said.

By late afternoon, firefighters said it was like an apocalypse.

In some areas, downed power lines looked like spiderwebs spread across streets, broken utility poles hanging like captured prey. In others places the wires were balled up like piles of yarn and discarded in the gutter. All totaled, more than 30,000 ConEd customers on the island lost power at one point or another.

Fortunately, the damage seemed to be contained to the property.

"Just thank God that no one got hurt," Liquori said. "That's all I care about."