Friends, activists celebrate Eric Garner's life 6 years after his death amid calls for change in US 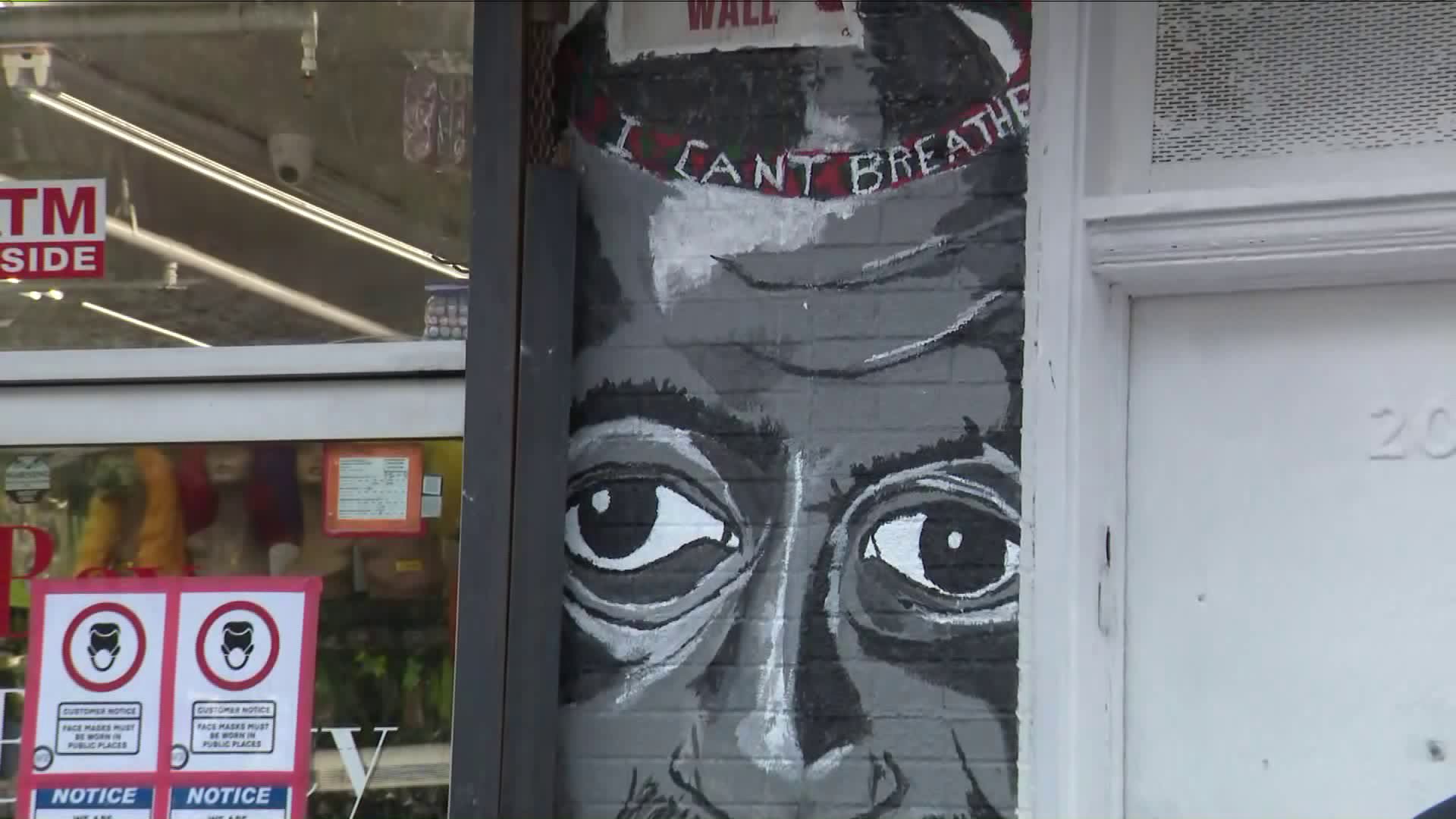 Friday marks six years to the day that Eric Garner was killed in police custody.

At the site of his death, in front of storefronts on Bay Street, there was a celebration and a march in his name on Friday, organized in part by Garner's life partner, Jewel Miller.

Miller and others close to him said that even though some changes in American justice have occurred because of his death, much, much more has to be done.

She was, of course, referring to the man killed in Minneapolis on May 25 when an officer from that city's police department knelt on Floyd's neck for nearly nine minutes, asphyxiating Floyd.

His death began what's likely become the largest wave of protests in American history, and caused cities nationwide to rethink police budgets and even replace some police departments.

Still, when Garner's friends and family were asked if there's been real change, with some being made in Garner's name, they're skeptical.

"No, no," said Tanesha Grant, CEO of Parents Supporting Parents NY, and a family friend. "They're starting to pay attention, finally," she continued, "only because we're out in these streets."

By contrast, NYPD Chief of Department Terence Monahan told PIX11 News in an interview that Garner's death helped the department turn a corner.

"Neighborhood policing became our philosophy," Monahan said. "We put the same cops in the same neighborhood. We created connectivity."

Miller said that she doesn't see things the same way. She said that she still feels injustice a half dozen years after Officer Daniel Pantaleo held Garner in a chokehold that's been linked to the death of the father of her child.

"Pantaleo is walking around chilling, enjoying life," Miller said. "I've got to explain to a six year-old."