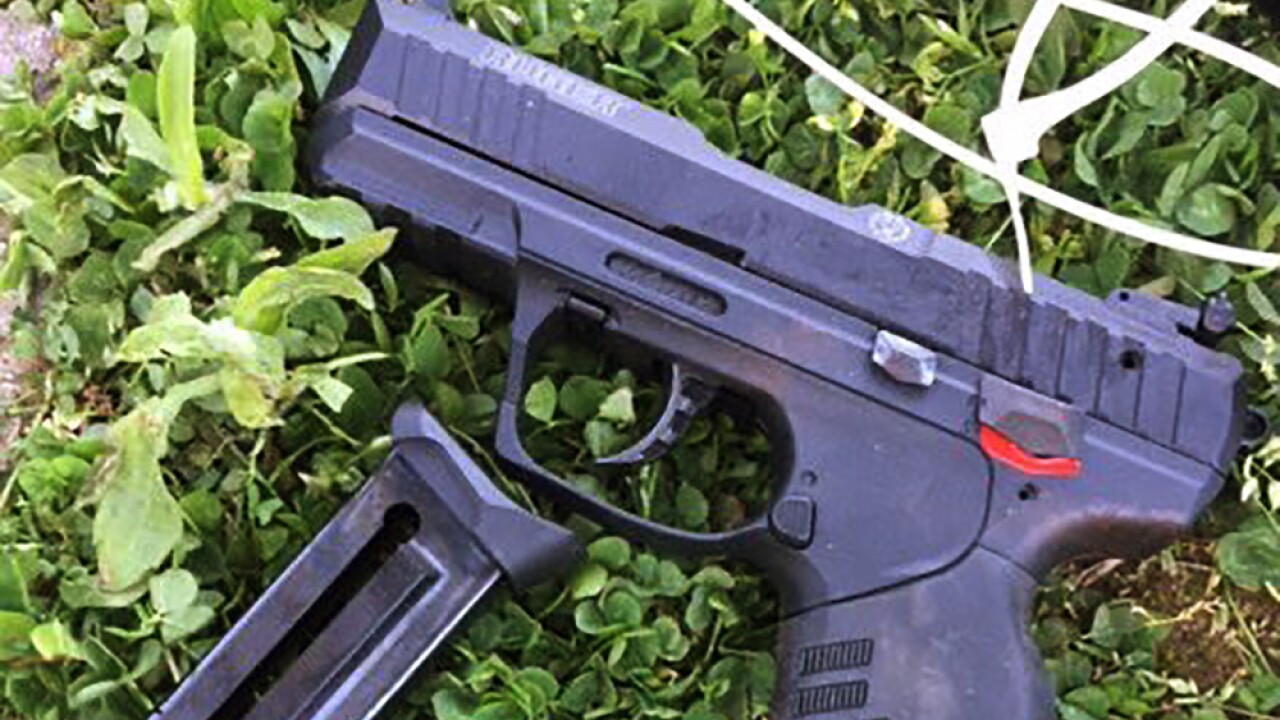 AP
This May 11, 2020 photo provided by the New York City Police Department shows a semi-automatic handgun and two magazines in the grass in the Staten Island borough of New York. Police said on Tuesday that the firearm was used in a shooting that left a pregnant woman and her boyfriend dead and another woman injured. Police say Philip Moreno was taken into custody after he was seen leaving the scene Monday with the handgun. (New York City Police Department via AP)

STATEN ISLAND — A man once convicted of manslaughter has been arrested on murder charges in a shooting on Staten Island that killed a pregnant woman and her boyfriend.

Police say 45-year-old Philip Moreno was taken into custody after he was seen leaving the scene Monday with a handgun.

The charges were announced Tuesday morning. Moreno’s lawyer says his client is expected to be arraigned Tuesday afternoon via video.

He says that “we’re still investigating what happened inside that house that led to this tragedy.”

Another woman was injured and taken to a hospital in serious condition. A 2-year-old was not injured.