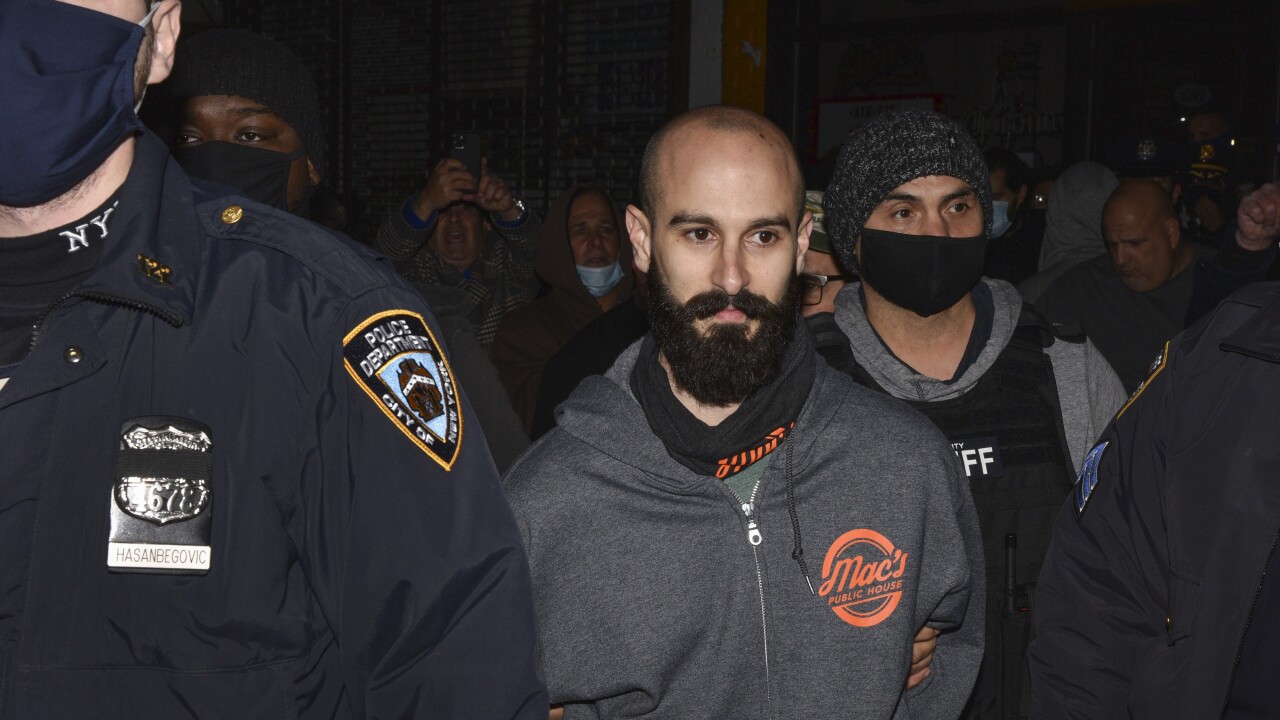 NEW YORK — The co-owner of a Staten Island bar accused of defying coronavirus restrictions came under fire from top officials on Monday after he was charged with running over a sheriff’s deputy with his car.

Presti is accused of hitting a sheriff's deputy with his car early Sunday morning while evading arrest for violating state and city coronavirus restrictions. He drove with the deputy clinging to the hood of his car for about 100 yards before stopping, officials said.

Presti was arraigned on Sunday on third-degree assault and other charges. The Staten Island man was expected to respond to the allegations at a news conference on Monday.

Sunday's melee was the second time sheriff's deputies arrested Presti on charges related to operating his bar in violation of coronavirus restrictions. He was also taken into custody last Tuesday for obstructing governmental administration when he refused to leave the business, officials said.