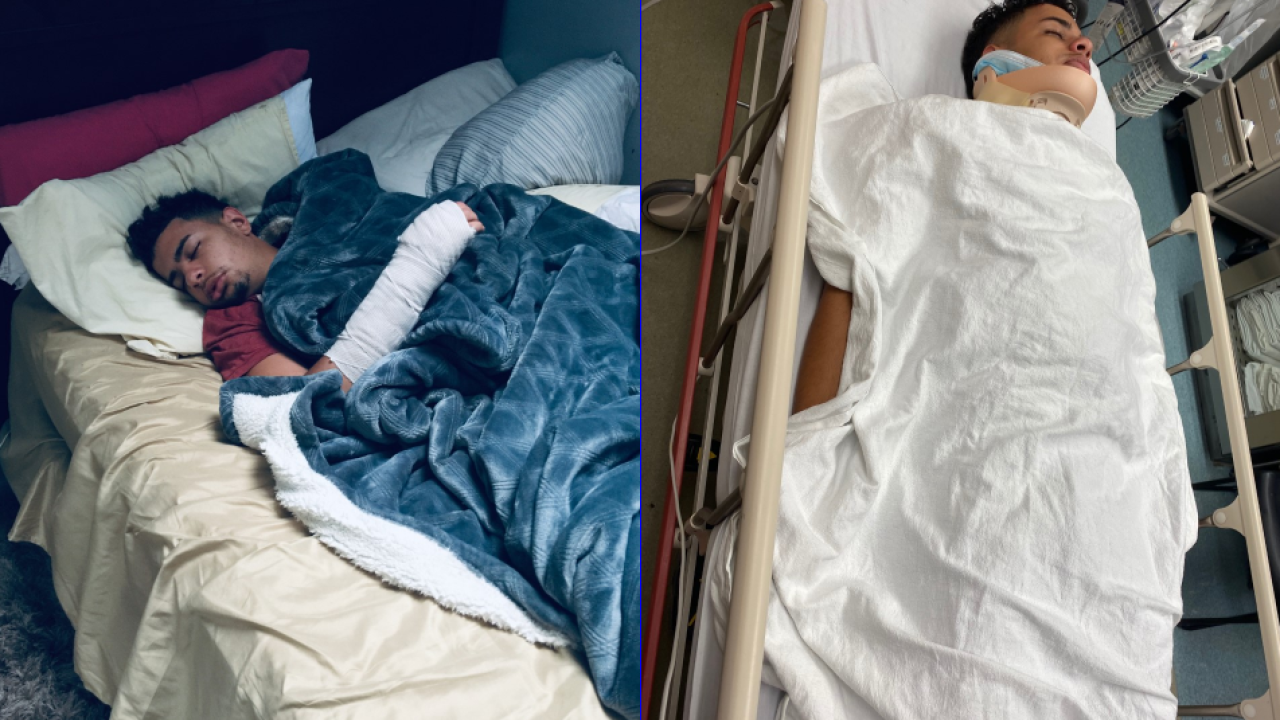 Photo: Council on American-Islamic Relations
Tarek Elsayed, 18, recovering after being attacked with a baseball bat on Staten Island, an activist group says.

STATEN ISLAND — A national civil rights group is calling for a hate crime investigation into a brutal attack on a Muslim teen who was hit with a baseball bat in Staten Island.

On Thursday, Aug. 13, at around 9:50 p.m. an 18-year-old man, identified by the group as Tarek Elsayed, was struck in the head and hand with a baseball bat by a 41-year-old male in the New Dorp Beach area of Staten Island, according to police.

The New York chapter of the Council on American-Islamic Relations said the suspect approached Elsayed, who was in his car, and used an ethnic slur. He then allegedly punctured his rear passenger tire and walked toward the driver side of the vehicle.

When Elsayed exited the car to check the tire, the suspect allegedly struck Elsayed with the bat. He was hit in the head and forearm, CAIR said.

The teen fell to the ground as the suspect tried to hit him again, the CAIR statement said. While Elsayed ran away, he was chased by the man.

He shouted threats and slurs at Elsayed, CAIR said, including telling the teen he'd break his jaw and that he knows where his friends live.

"Go back to your country, you piece of s---," the man said, according to CAIR, along with the use of an ethnic slur.

He's been charged with assault, criminal possession of a weapon and harassment, but CAIR said more should be done.

Wednesday, they called for the NYPD to initiate a hate crime probe over the attack.

“This brazen attack on a teenager is disturbing and has no place in our city," said CAIR-NY Legal Director Ahmed Mohamed. "No one should be attacked or live in fear because of their race or ethnicity. The assailant made his motives very clear and the NYPD needs to open a hate crime investigation.”

Last week, CAIR-NY called on the NYPD to initiate a similar hate crime probe after a teenage woman wearing a hijab was assaulted with a bottle of urine and Islamophobic slurs.