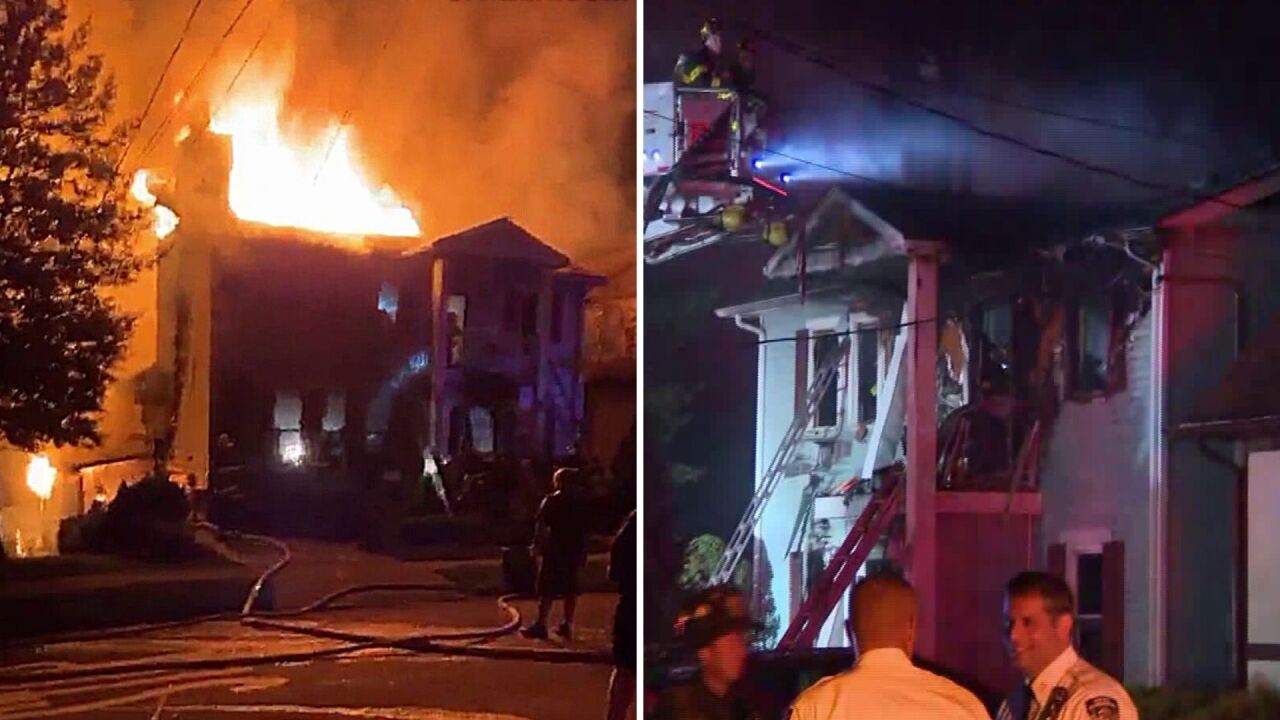 GREAT KILLS, S.I. — Over 130 firefighters battled a large blaze that ripped through a Staten Island home early Friday, according to the FDNY.

Fire officials said flames broke out around 3 a.m. at a two-story home on Holly Avenue, near Eleanor Lane, in the Great Kills area.

Authorities said 33 units responded, with 138 firefighters working to put out the fire.

Video from the Citizen App shows large flames shooting from the top of the house. The FDNY confirmed flames had burned through all three levels of the home, including the basement.

Seven firefighters were taken to area hospitals after they sustained minor injuries, the fire chief said on the scene.

He also said four occupants were in the home when the fire broke out and were all able to get out on their own.

It took crews approximately two hours to get a hold of the house fire, with the blaze officially being put under control just before 5 a.m., fire officials said.