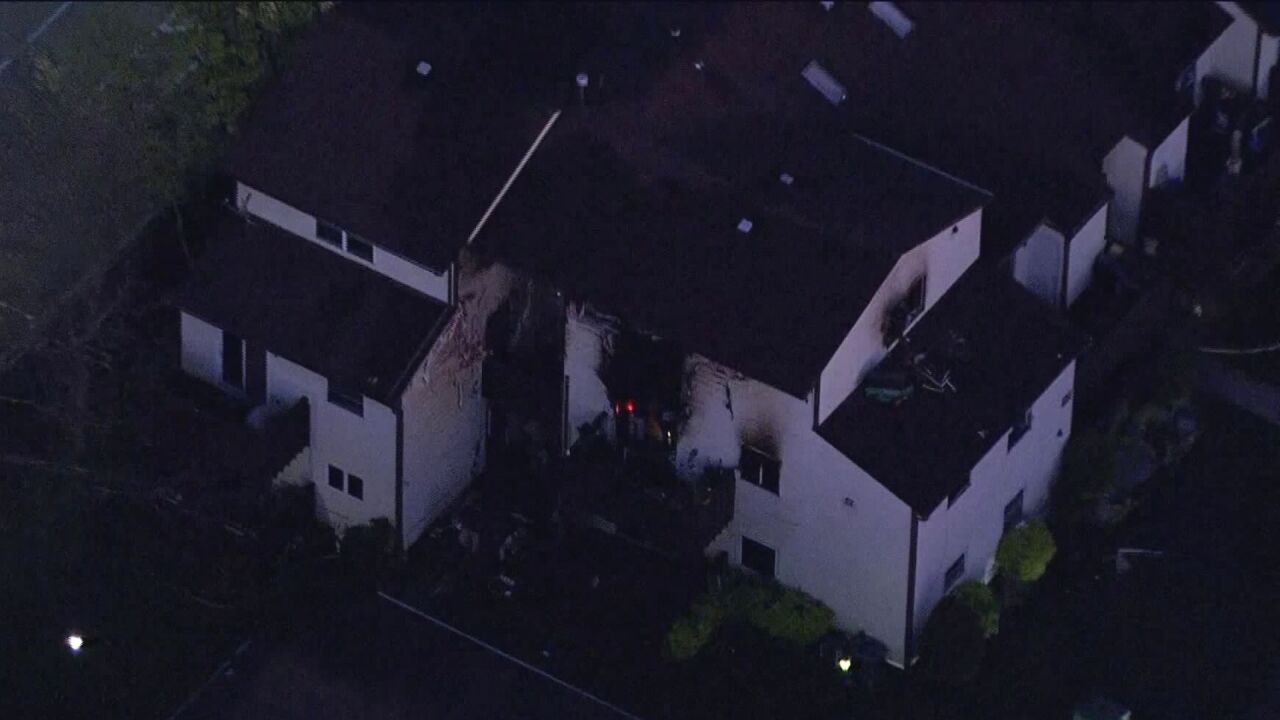 AIR11 / PIX11 News
Five people were injured, including two in critical condition, when flames ripped through a house in the Bay Terrace neighborhood of Staten Island Tuesday, April 14, 2020, the FDNY said.

BAY TERRACE, S.I. — Five people were injured, including two now fighting for their lives, when flames ripped through a Staten Island home early Tuesday, according to the FDNY.

Fire officials said he call came in around 2:45 a.m. for fire in a four-story townhouse on Timber Ridge Drive in the Bay Terrace neighborhood.

According to the FDNY, two civilians were critically injured and another suffered minor injuries, all being rushed to a nearby hospital.

According to fire officials, the blaze was placed under control just after 4 a.m.

The cause of the fire is not known at this time.