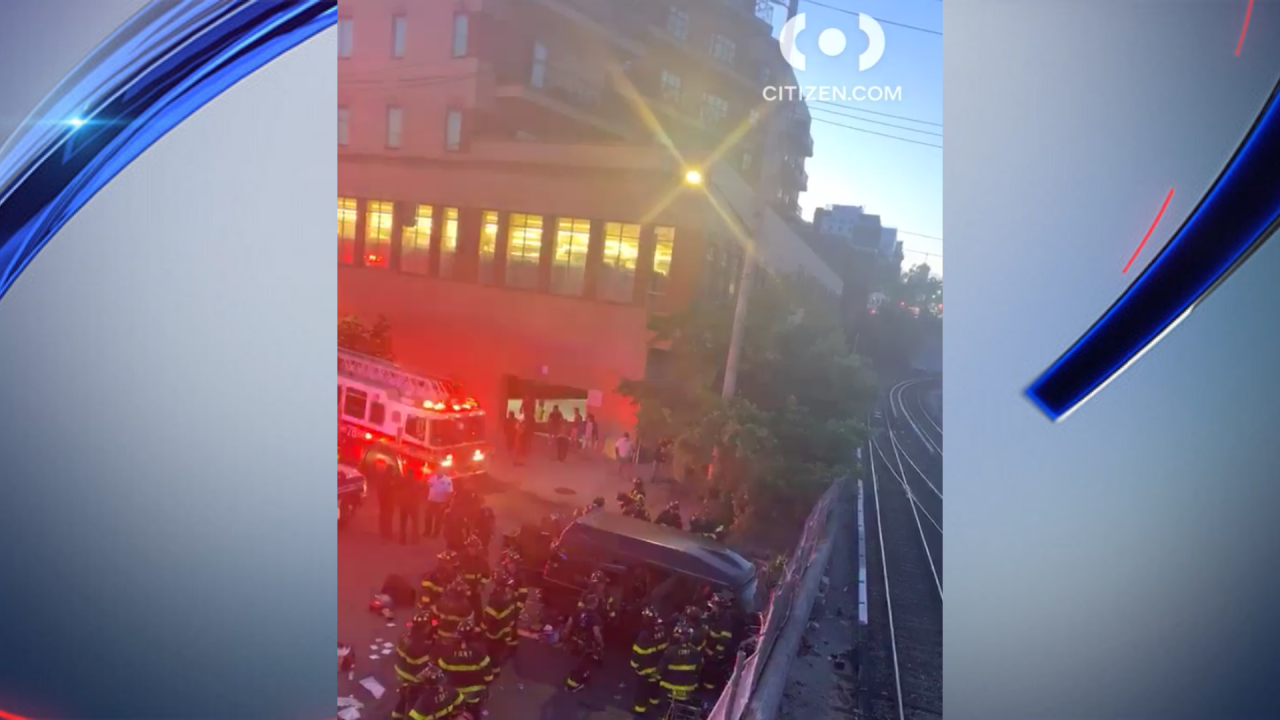 The van struck a wall at Victory Boulevard and Minthorne Street around 8:30 p.m., injuring nine people an FDNY spokesperson said.

According to police, the driver of the van said he swerved to avoid a pothole before the vehicle had a mechanical failure that resulted in the crash.

The children injured range in age from 3 years old to mid-teens, police said.

Authorities initially believed injuries of two of the children were more serious than they were.

According to police, none of the injuries are considered to be life threatening.

Editor's note: The number of people injured has been confirmed as nine.