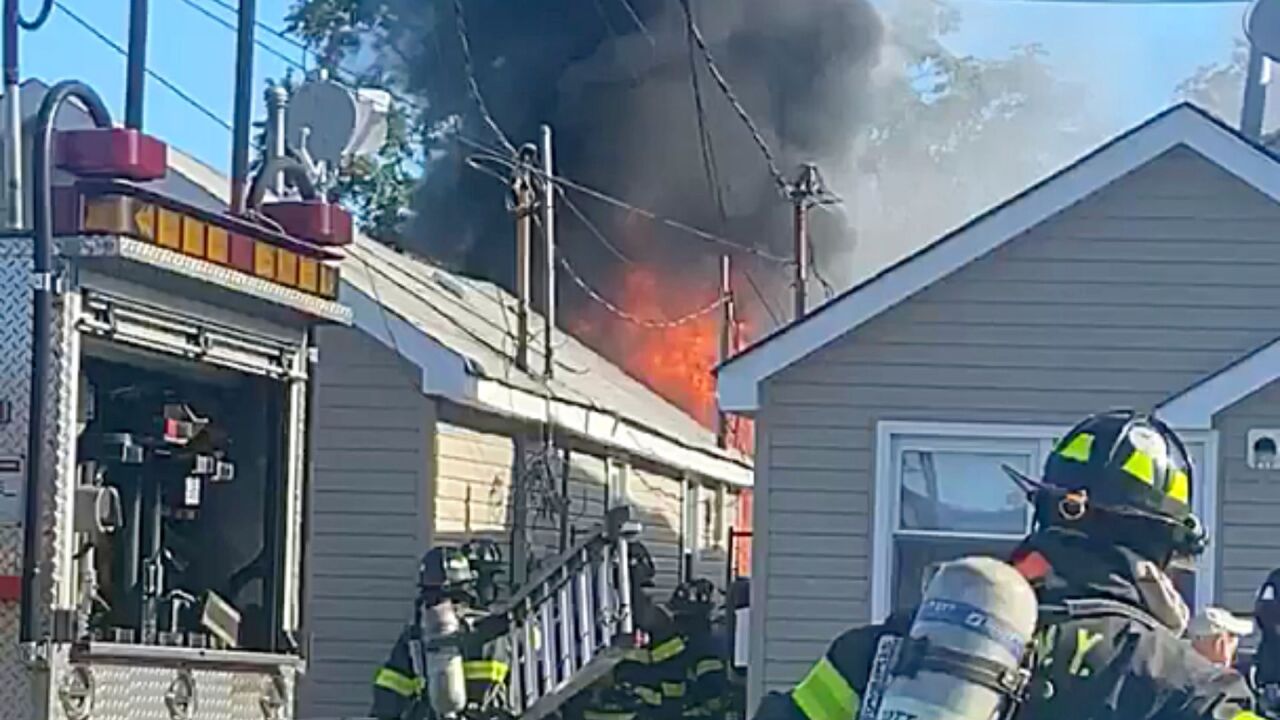 Citizen App
Two civilians and a firefighter were injured when a large fire tore through a one-story Staten Island home in the Midland Beach neighborhood around 9 a.m. Saturday, Sept. 5, 2020, the FDNY said.

MIDLAND BEACH, S.I. — A person is fighting for their life after fire ripped through a Staten Island home Saturday morning, the FDNY said.

Flames broke out just before 9 a.m. at a one-story house on Midland Avenue in the Midland Beach neighborhood, officials said.

The blaze burned through the home as 60 firefighters responded, according to the FDNY.

Officials said the fire was officially considered under control around 9:45 a.m.

One civilian was hospitalized and is listed in critical condition, while another suffered minor injuries, the FDNY said.

The cause of the fire is not known but is under investigation, according to authorities.