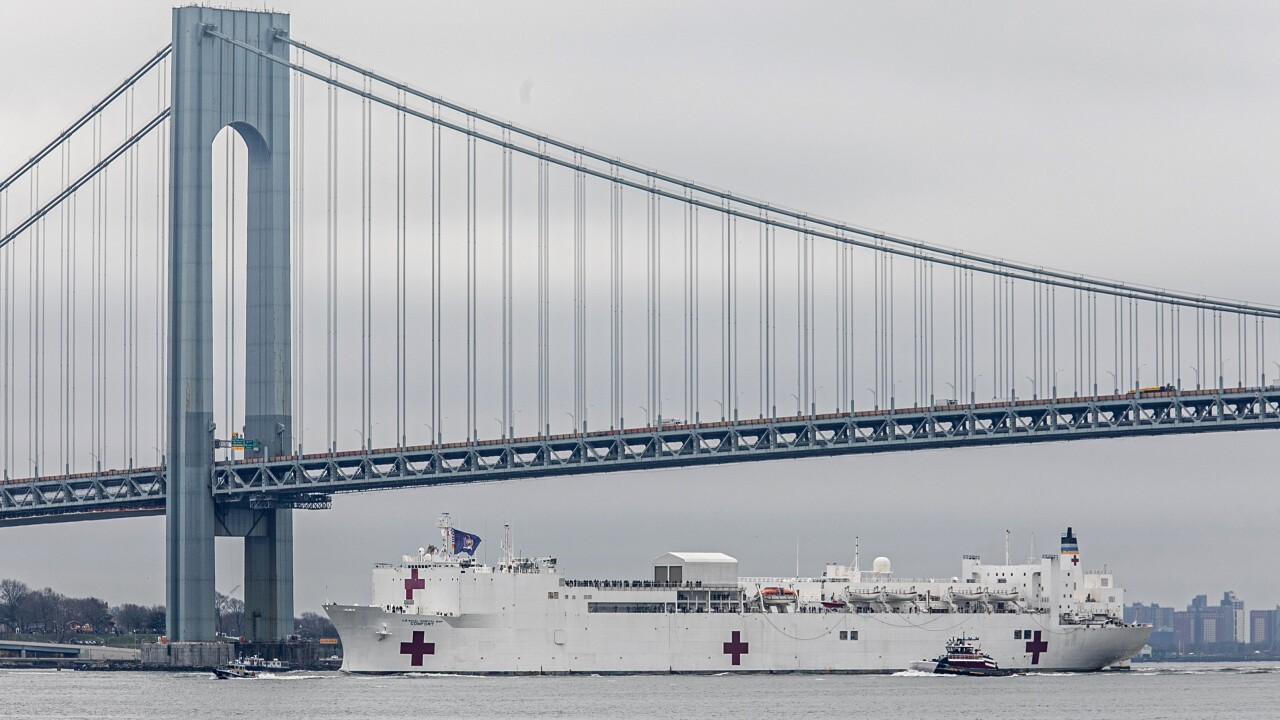 Bebeto Matthews/AP
The Navy hospital ship USNS Comfort passes under the Verrazzano-Narrows Bridge on its way to docking in New York on March 30, 2020.

NEW YORK CITY — Long-awaited split tolling on the Verrazzano-Narrows Bridge will go into effect in December, the MTA announced Monday.

Beginning at 2 a.m. on Dec. 1, tolls will be collected in both directions, officially ending more than 30 years of federally mandated one-direction tolling on the bridge.

The Verrazzano was the country’s only bridge with federally mandated one-direction tolling until Congress amended the directive.

The overall toll for a round trip and the Staten Island resident discount remain unchanged, according to the MTA.

Non-Staten Island residents with an E-ZPass will pay $6.12 for a one-way trip and the one-way toll for drivers who pay by mail will cost $9.50.

Splitting the toll between both sides of the bridge is expected to reduce the number of drivers who cut through Staten Island to get to Brooklyn, Queens and Long Island.

Pre-pandemic, an estimated 7,000 motorists per weekday were taking advantage of the free eastbound direction, according to the MTA.

“The restoration of split tolling will end a 30-year loophole in New York City that will help alleviate congestion on Staten Island while improving the environment,” MTA Chairman and CEO Pat Foye said.