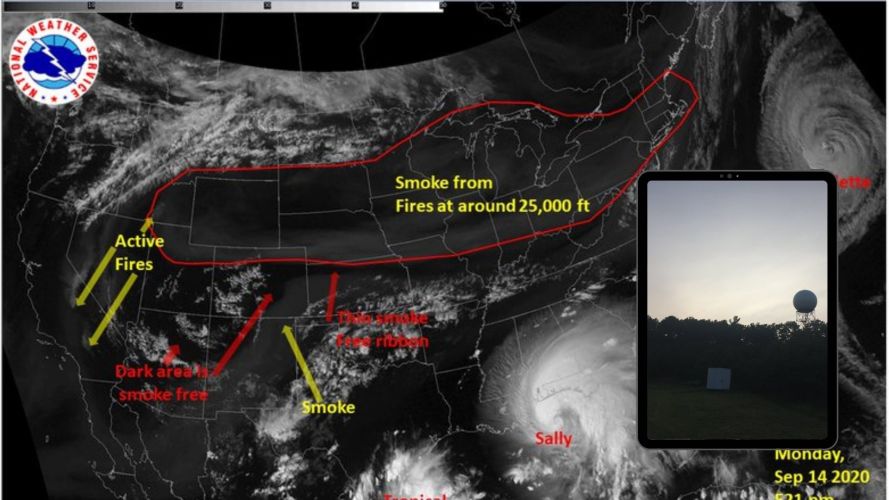 The sky may look yellow or brown this week because smoke from western wildfires reached the tri-state area, the National Weather Service said. 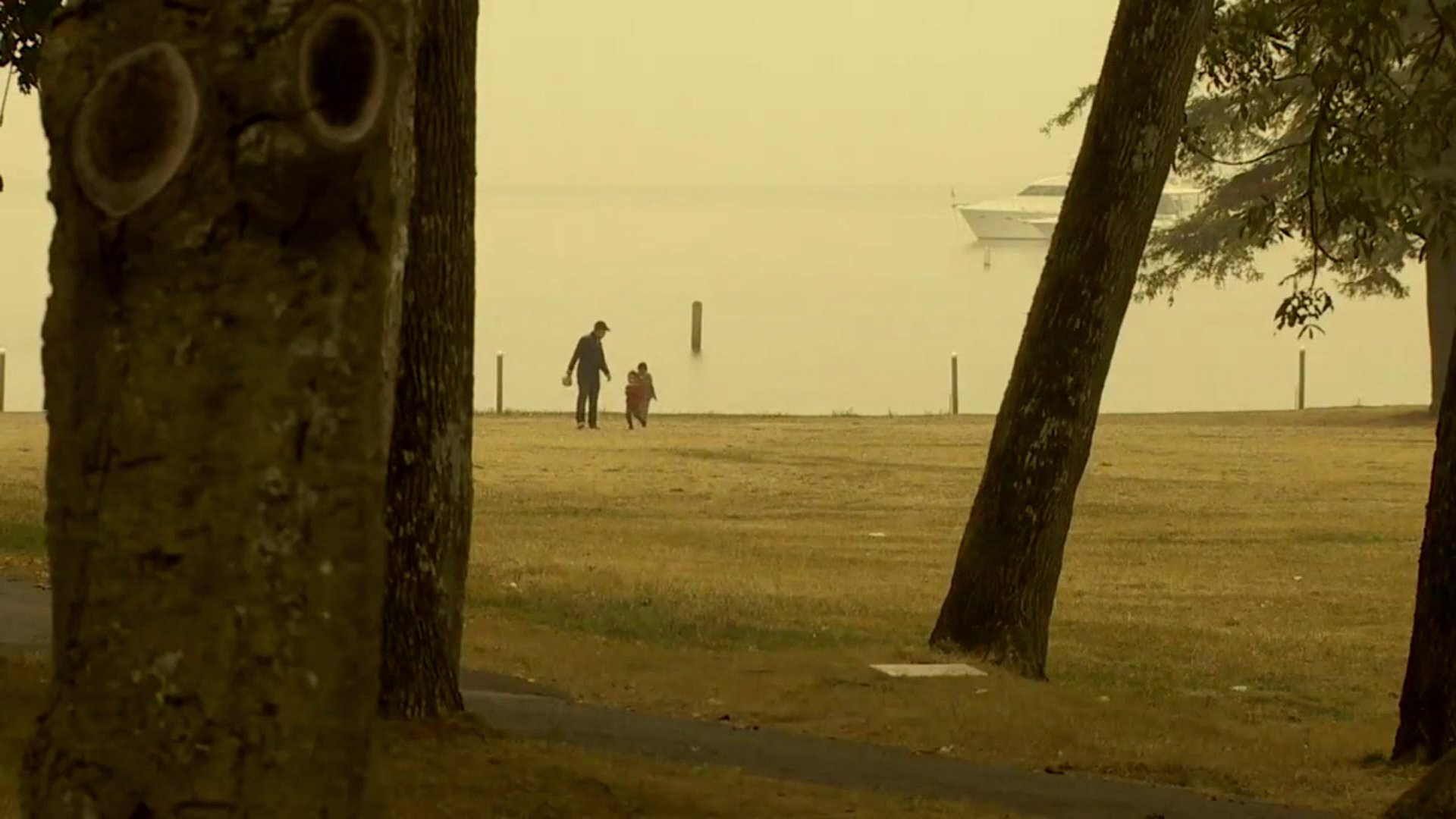 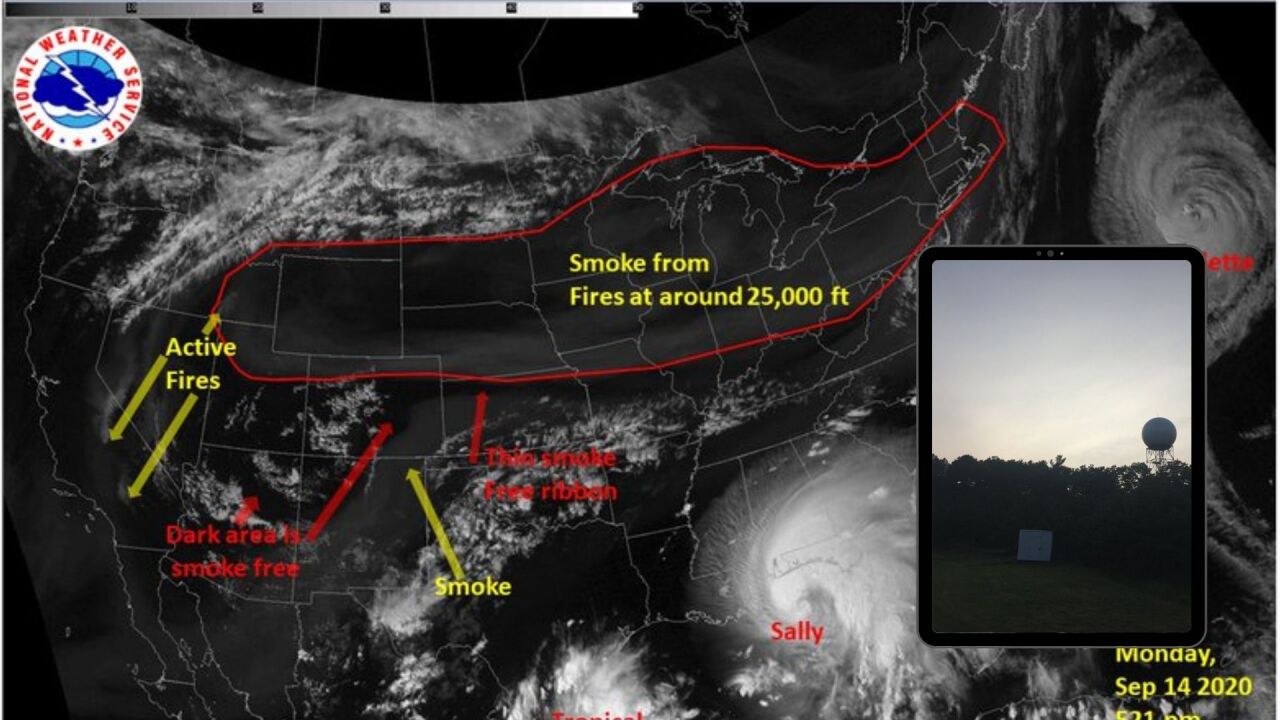 Scientists with the National Weather Service say the sky in the tri-state area on Monday evening was tinged yellow or brown, and that smoke particles from the wildfires were to blame.

The NWS shared a satellite image showing smoke reaching up as high as 25,000 feet above the Earth.

The impact on the tri-state area pales in comparison to the devastation the wildfires are having on California, Oregon and Washington.

The wildfires have claimed the lives of at least 35 people and triggered air quality warnings lasting more than a week.

Scientists and forecasters say relief from the acrid yellowish-green smog may not come for days or weeks.

The hazy, gunk-filled air has closed businesses, grounded some flights into Oregon, canceled school and added another layer of misery to people who are homeless.