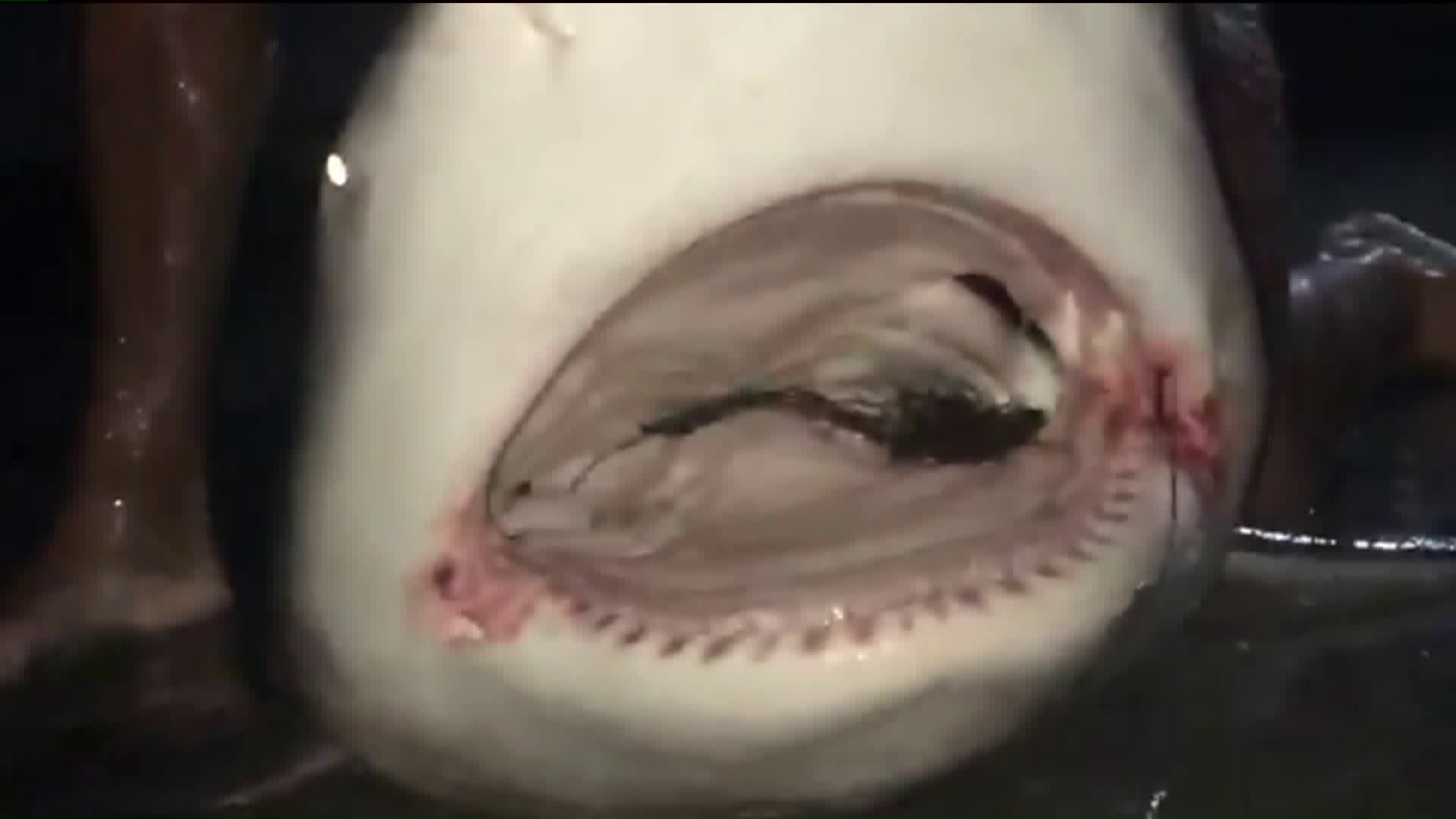 It’s the 10th in four days, and now swimming is prohibited at Tobay Beach in the town of Oyster Bay. 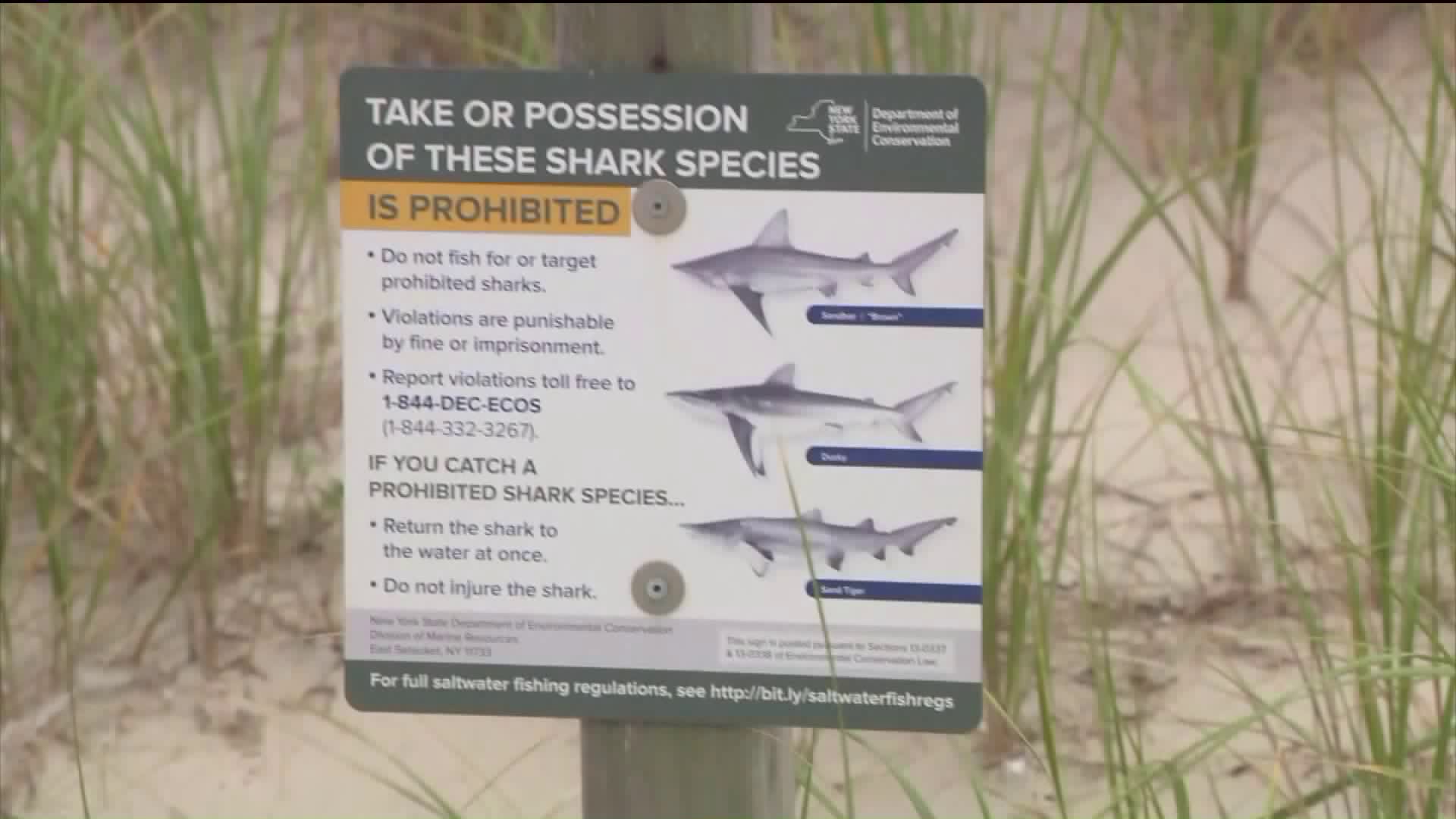 It’s the 10th in four days, and now swimming is prohibited at Tobay Beach in the town of Oyster Bay.

“They’re not out to kill people,” TJ Minutillo, a 21-year-old shark fisherman, told PIX11 News. “They just may take a little bite to see what you are,” he added.

Minutillo shared with PIX11 the video of the 400 pound bull shark he and his two buddies fought to bring into shore for two and a half hours last Saturday night.

Yhey had no idea what was on the other end of the line until they pulled this 8 foot long bull shark onto Nickerson Beach.

Thomas Butcher was the one who pulled out the hook and Will Theo helped release the 400 pound shark back into the ocean.

“It’s crazy. You have to lift the whole mouth up,” Butcher said.

“We are catch and release guys,” Theo said. “We put him back where he lives. It’s like taking someone out of their house and killing them because they’re agressive,” he added.

These three Manhasset college students surprised Nassau County Executive Laura Curran at a Nickerson Beach News Conference she was hosting to talk about the helicopters and vessels patrolling for sharks after nine sightings in the past three days.

“We are asking people to go into the water just up to their ankles,” Curran said at the news conference.

At nearby Point Lookout beach, the Hempstead town supervisor demonstrated how bay constable ships and jet skis are patrolling for sharks.

“Bull sharks are very aggressive and dangerous and like to come to the shoreline,” Don Clavin, the town supervisor, said.

One of the lifeguards on jet ski shark patrol, Harrison Weitz, told PIX11, “It’s not scary on shark patrol, we protected, above the water line. I feel safe."

And those who brought their little ones to wade in the water were always on the lookout.

The swimming restrictions are being made on a day-to-day basis after helicopters and boats patrol the shoreline each morning.

Manuel Lopez was spending a day at Tobay Beach in the town of Oyster Bay.

Air 11 scanned the ocean’s edge along the south shore as county and local forces patrolled using jet skies and boats.

Jordan Daley visited the beach with his Grandpa Mike.

“I have a real pair of shark teeth at my house. I’m fan of sharks,” Jordan said.