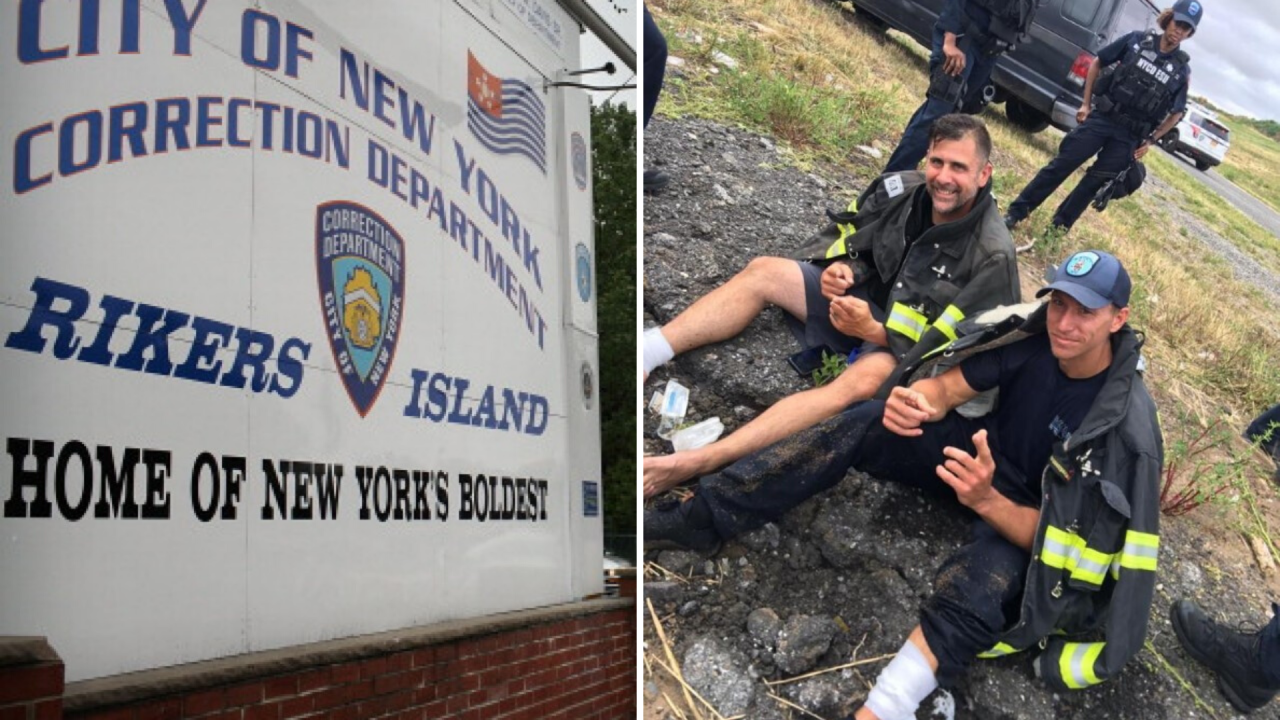 K-9 officers Braska and McCardle caught an inmate in the water off of Rikers on June 18, 2020. (Left: Getty Images, Right: Handout)

Around 12:30 p.m., the detainee climbed a recreation yard fence and ran to the shoreline, Deputy Commissioner of Public Information Peter Thorne said.

"These two brave officers immediately jumped into action to bring the inmate back into custody without any regards for their own safety," Husamudeen said. "We proudly salute them for their bravery and for reminding the public the critical role Correction Officers play every day in maintaining public safety.”