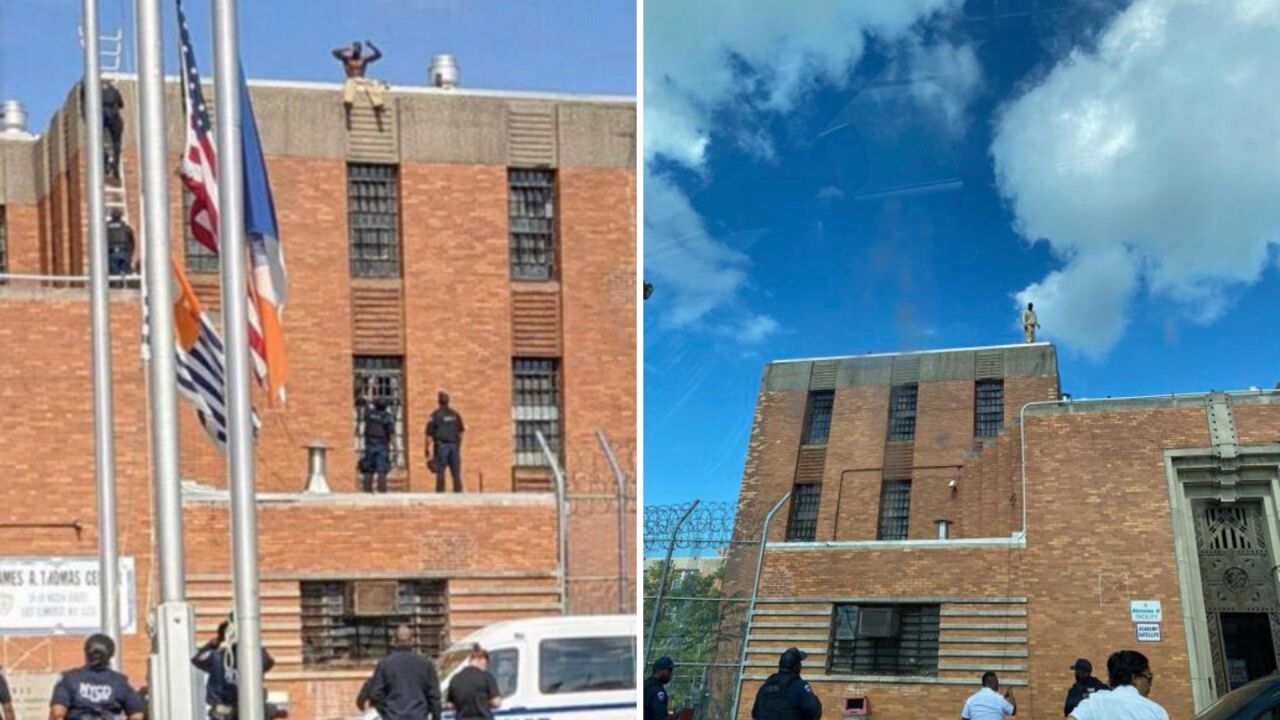 A Rikers Island jail inmate was apprehended Sunday, June 21, 2020, after escaping custody for about 30 minutes, according to officials and sources.

THE BRONX — A Rikers Island jail inmate attempted to escape on Sunday for the second time this week, a city Department of Correction official said.

The detainee scaled a recreation yard fence at the North Infirmary Command around 9 a.m., according to the DOC.

He was apprehended on the roof after about 30 minutes, two sources told PIX11 News.

"This detainee was quickly apprehended and returned to custody. The incident is under investigation and there will be immediate staff suspensions if warranted,” DOC Deputy Commissioner of Public Information Peter Thorne told PIX11 News in a statement Sunday.

The same inmate who made it to the shoreline in attempted escape at rikers island the other day, attempted to escape again today and was captured on the roof of one of the jails. Images below sent by a source. @PIX11News pic.twitter.com/xwTHhe30Zj

The same detainee tried to escape the jail on Thursday afternoon as well, according to the DOC.

In that incident, the inmate climbed a recreation yard fence around 12:30 p.m. and ran to the shoreline, Thorne had said.