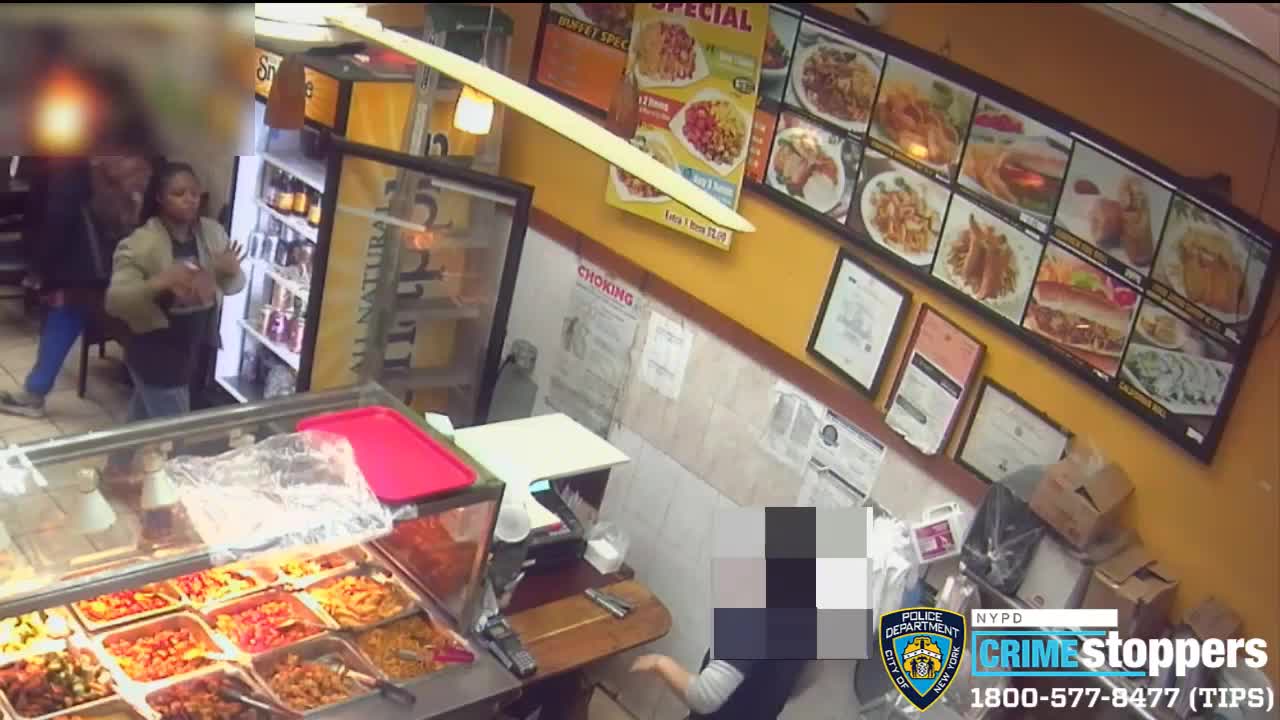 The assault happened at the Mr. King Asian Fusion restaurant along Flatbush Ave in the Flatbush section on Dec. 27, 2019, authorities said.

Surveillance video shows two men and a woman entering the restaurant at about 8 p.m. They were then see punching and hitting two workers with a broom.

The alleged attackers were then seen grabbing soda cans and drinks out a cooler before began throwing the cans at the employees.

The three individuals then took off, cops said.

One of the victims was taken to the hospital to be treated for cuts on the face, while the other refused medical attention, according to police.