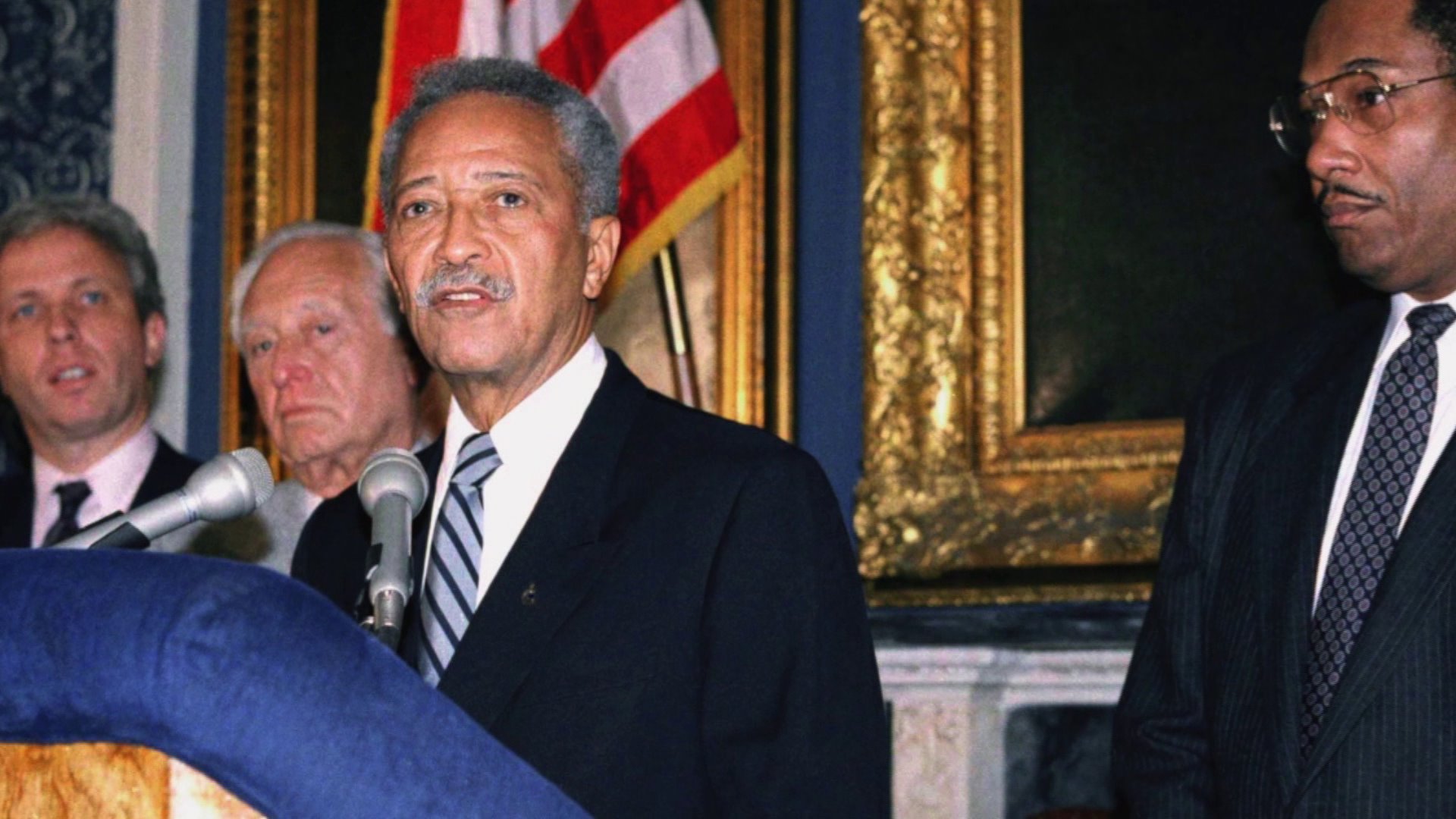 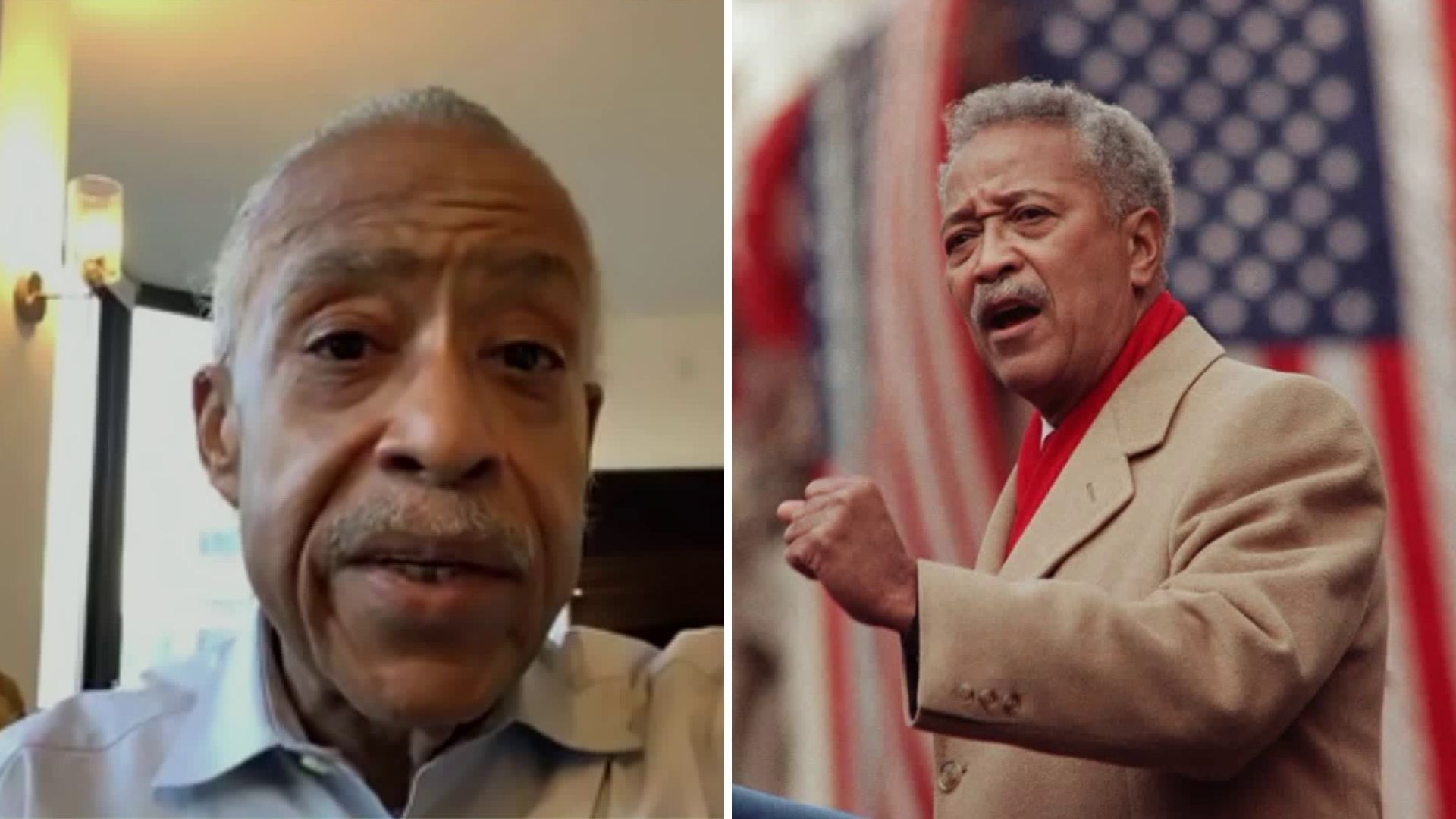 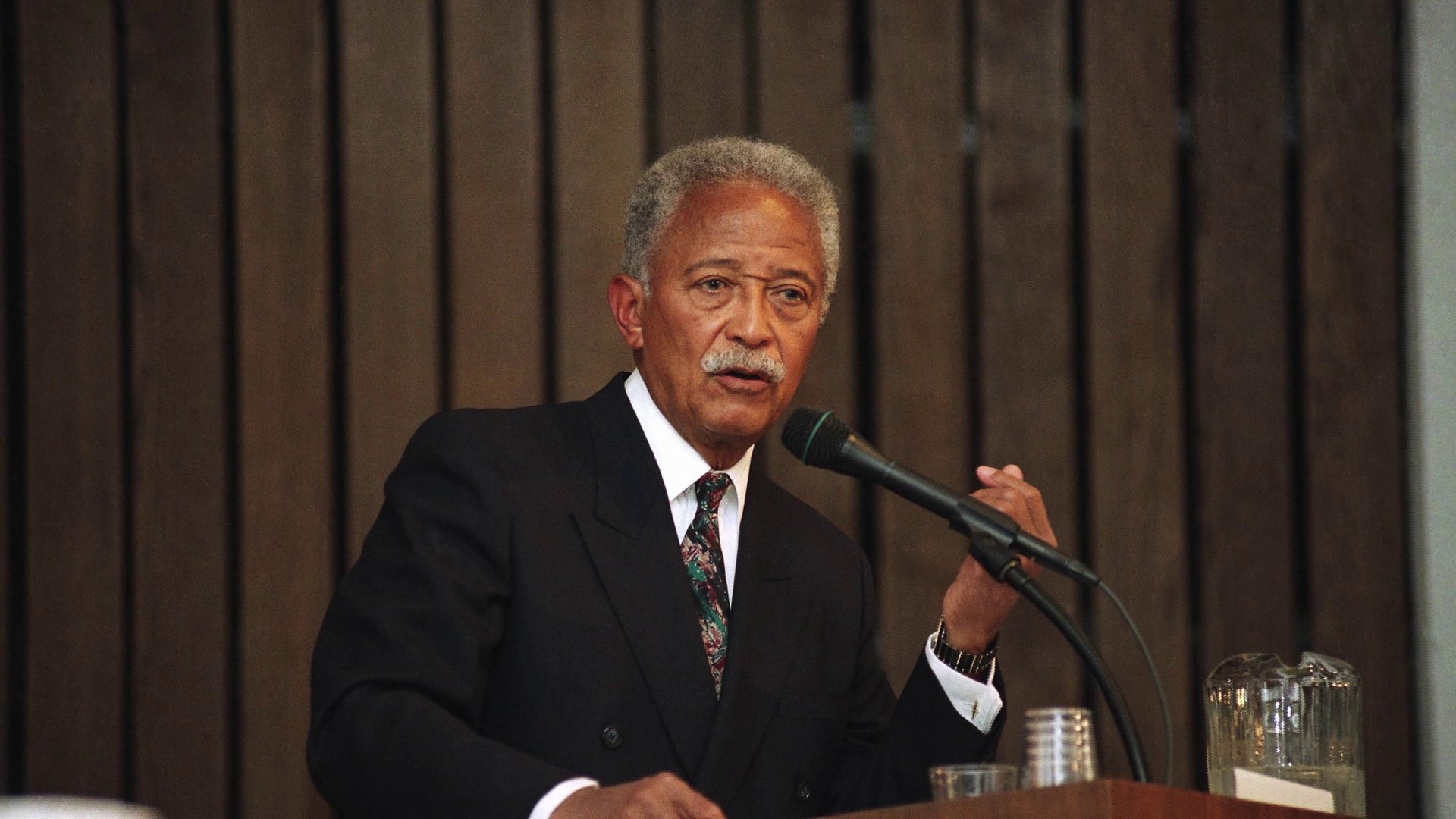 Dinkins died Monday at the age of 93. His historic legacy includes being elected the city's first, and so far only, Black mayor.

Civil rights leader and political activist Rev. Al Sharpton shared on the PIX11 Morning News how he thinks Dinkins will be remembered.

"David Dinkins set a tone of unity at a time this country was very much divided. When he became mayor of New York, we were talking ... about the tale of two cities, and he was one that would try to bridge the gap."

Sharpton, who was just a Brooklyn teen when he first met Dinkins, also shared how his longtime friend and colleague changed his life.

"He took time with a young kid and made me believe in what was possible. I will never forget the way before anybody knew who I was, he made me find out who I could be," Sharpton said.

He noted that Dinkins' famous kindness and calmness was not a political act.

"He was just as unifying and peaceful in private as he was in public," Sharpton said.

David Dinkins taught NYC how to be strong and kind at the same time. He showed us what a statesman looked like. I knew him since I was teenager, he was a proud powerful Black man without being ugly toward those that was ugly to him. RIP, Uncle Dave.

Past student of David Dinkins remembers the former NYC mayor

Other officials and New York public figures have spoken out about Dinkins' life and legacy in the wake of his death.

Former New York Mayor Rudy Giuliani, who succeeded Dinkins in 1994, said in a tweet Tuesday, "He gave a great deal of his life in service to our great city. That service is respected and honored by all."

I extend my deepest condolences to the family of Mayor David Dinkins, and to the many New Yorkers who loved and supported him.

He gave a great deal of his life in service to our great City.

That service is respected and honored by all.

Mayor Bill de Blasio remembered Dinkins as a mentor and a friend who "simply set this city on a better path."

Chirlane and I are mourning a truly great man. David Dinkins simply set this city on a better path.

He was my mentor, he was my friend, and his steadfast commitment to fight for that “gorgeous mosaic” inspires me every single day.

We’ll keep up his fight. pic.twitter.com/gL0yY8Ae9s

He entered City Hall at a difficult time in New York’s history, and he helped set the city on a course for success – and a reduction in crime – that no one at the time imagined possible.

"The example Mayor David Dinkins set for all of us shines brighter than the most powerful lighthouse imaginable. For decades, Mayor Dinkins lead with compassion and an unparalleled commitment to our communities. His deliberative and graceful demeanor belied his burning passion for challenging the inequalities that plague our society. “Personally, Mayor Dinkins' example was an inspiration to me from my first run for city council to my campaigns for public advocate and attorney general. I was honored to have him hold the bible at my inaugurations because I, and others, stand on his shoulders. “The voice that gave birth to the ‘gorgeous mosaic’ is now at rest. New York will mourn Mayor Dinkins and continue to be moved by his towering legacy."

Brooklyn Borough President and mayoral candidate Eric Adams tweeted that, "New York City has lost a great champion for people of color and a historic leader for a more inclusive city."

Mayor Dinkins was not just the first Black mayor; he was not just a symbol. Through his actions on behalf of lower-income people, he was both our effective advocate and confirmation of a long-held hope that our lives mattered to our government.

America lost an icon in public service. Mayor David Dinkins was a trailblazer who set the gold standard of decency and integrity in public office. Character matters, and no one had more of it than Mayor Dinkins. RIP. https://t.co/mPtQVXjuO3

Bronx Borough President Ruben Diaz Jr. tweeted that Dinkins was a "pioneer who opened the doors for all of us."

#RestInPeace Mayor David Dinkins, a New York City pioneer who opened the doors for all of us. pic.twitter.com/QBNseqsSMw

City Council Speaker Corey Johnson remembered Dinkins as a "truly remarkable man" who was a "shining example of what compassionate leadership can achieve."

We lost a truly remarkable man yesterday, a shining example of what compassionate leadership can achieve.

We owe many thanks to Mayor Dinkins for his commitment to service, and his vision of a city that could meet any challenge it faced by working collectively. 1/