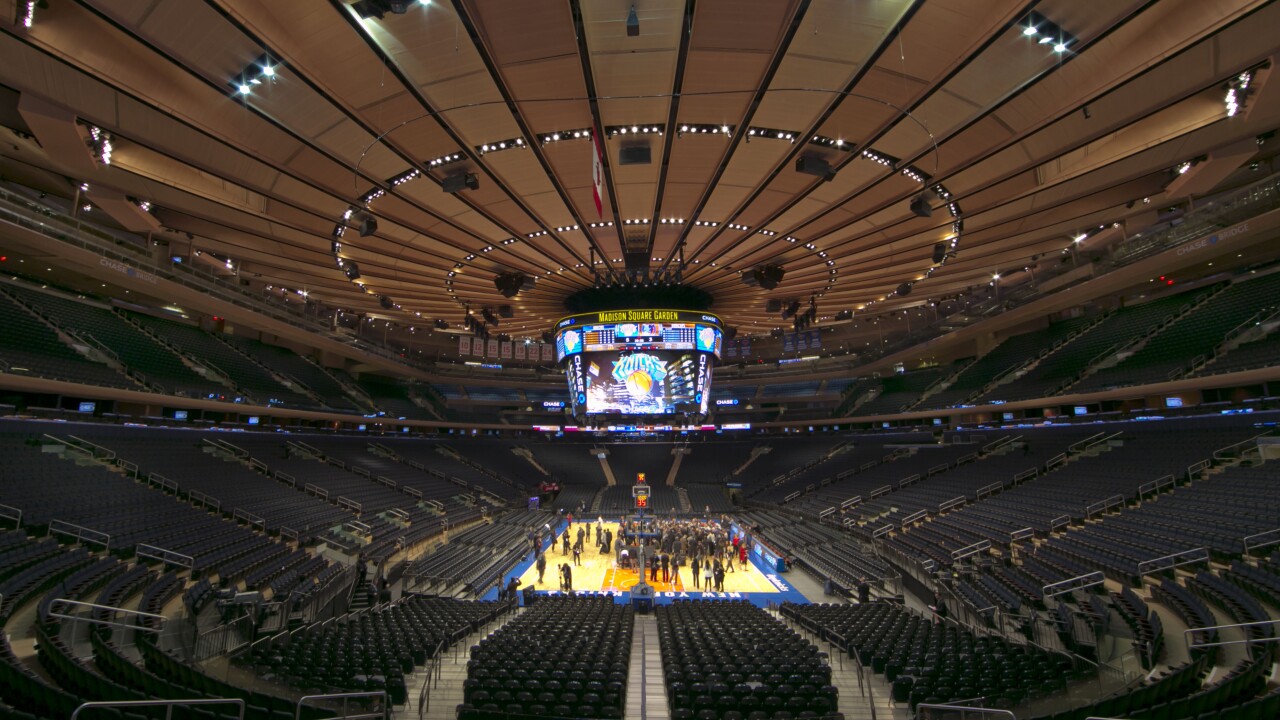 Richard Drew/AP
Members of the media gather on the basketball court during a tour of the newly-renovated Madison Square Garden, Thursday, Oct. 24, 2013, in New York. After three years and $1 billion, the home of the NBAs Knicks and NHLs Rangers has been remade and updated for the realities of sports in the 21st century. (AP Photo/Richard Drew)

MANHATTAN — On a normal opening night, the roar of the crowd would shake Madison Square Garden as fans waive commemorative t-shirts over their heads.

But with fans barred from the "World's Most Famous Arena" to open the NBA and NHL seasons, MSG Sports Executive Vice President of Social Impact Richard Constable says the Knicks and Rangers found a way to put those free t-shirt resources to better use.

MSG and Chase have partnered with small businesses to provide more than 37,000 meals throughout the city, the equivalent of a sell-out crowd for the Knicks and Rangers combined.

So far, the meals have helped feed the homeless, at-risk children and others suffering from food insecurity. They’ve also help small business owners like Chris Pizzimenti in the process.

"When we got involved it really did help us. They were sending us a lot of orders to fulfill,” Pizzimenti said.

His team has served thousands of meals through the program. And he says it has helped his restaurants survive and put people back to work.

"This is why we do this. We're in this business to feed people. To deliver good food that's going to make people feel better,” Pizzimenti said.

Instead of willing a comeback on the court or the ice, Pizzmenti says New Yorkers are now cheering on a comeback for the entire city. He started to feel it each night at 7 p.m. when people hung out their windows to cheer on our medical workers during their shift change.

Now, providing meals for a meaningful cause makes him and his employees feel like they're doing their part.

Constable just believes these two New York sports institutions are just giving what they get from their city.

"This city gives a lot to the Knicks and the Rangers and, not just now, not just in the holidays, but always, we think it's incumbent to be engaged in the city and the community and to give back to all New Yorkers, but especially those that are in need, and especially during this time,” said Constable.