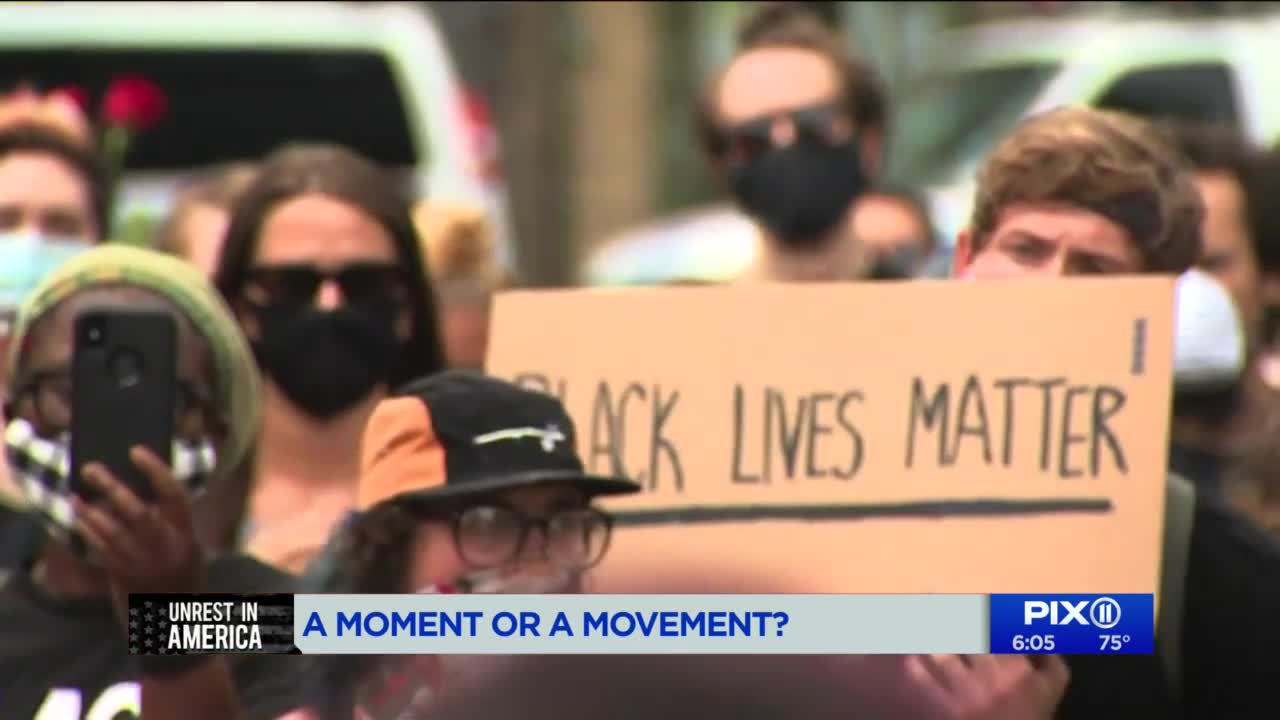 NEW YORK — A vigil in Harlem Friday fell on what would have been the 27th birthday of Breonna Taylor, a woman shot and killed by Louisville police.

Columbia University professor Jamal Joseph sees the protests over the past week for those like Taylor and George Floyd as more than just one moment of outrage. He believes the momentum behind the current calls for police reform will prompt real, systemic change.

"It takes a tragedy sometimes for people to let their collective tears flow," he said. "It reminds me of protest movements that happened around apartheid in South Africa where the world knew that it had to embrace."

Joseph's own activism began as a Harlem teen, watching riots on 125th Street after the assassination of Dr. Martin Luther King Jr. To channel his anger into action, Joseph walked into a Black Panther meeting. He thought he was going to be handed a gun, but he was instead given a stack of books.

One of the lessons Joseph learned during his years with the Black Panthers is that you control who represents your community in elected office with the power of your vote.

"Locally it's very important, it's how you get young brothers and sisters from the community," he said.

Rev. Kirsten John Foy stood with Eric Garner's family in their quest to have the NYPD officer who placed him in a chokehold fired. Foy organized marches from Staten Island to the Brooklyn Bridge. He believes demonstrations played a key roll in producing actions.

"We use the marches to create the political climate that enabled us to go into those rooms with authority," he said. "And with the backing of the people and demand that there be systemic change."