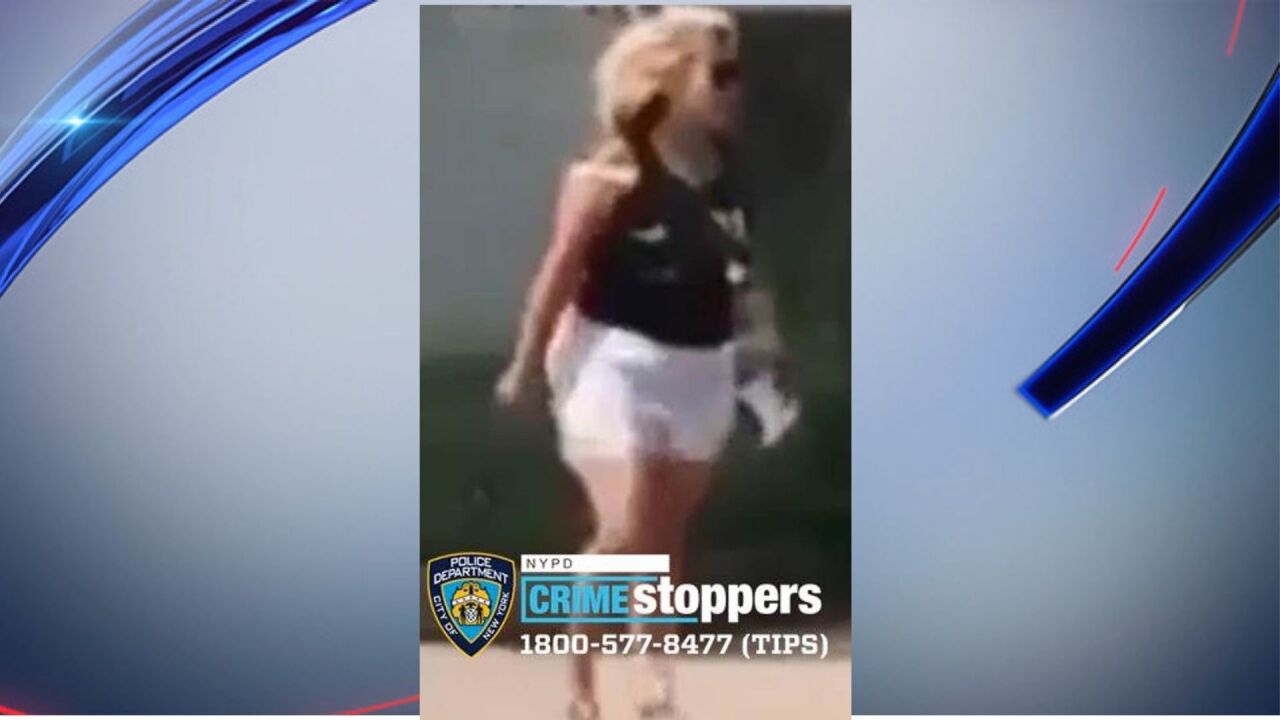 NYPD
Police are looking for this woman in connection with a possible hate crime attack on a Black jogger on Aug. 17, 2020, according to the NYPD

WOODSIDE, Queens — Police are looking for a woman who threw a bottle at a jogger and called her a racial slur in Queens last month, according to the NYPD.

The 37-year-old victim, who is Black, was jogging near 53rd Place and Broadway in Woodside around noon on Aug. 17 when a woman hurled a glass bottle at her back and called her the N-word, police said.

The suspect continued to yell at the victim, who jogged away without injury, police said.

The NYPD released video of the incident and a photo of the suspect on Wednesday.

The attack is under investigation by the NYPD Hate Crimes Task Force.

Police are looking for a woman who threw a glass bottle at a Black jogger and called her a racial slur in Queens, per the NYPD.