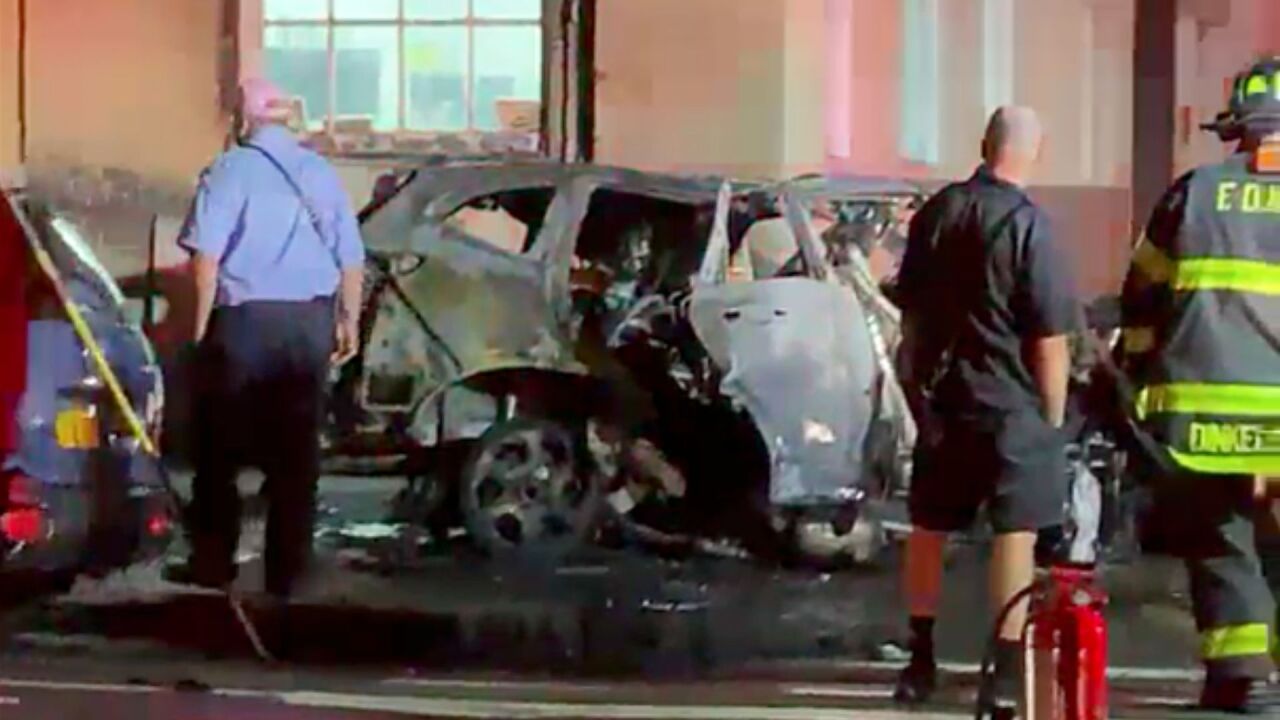 Citizen App
A woman was killed after her car crashed into a building and burst into flames on 44th Drive in Long Island City, Queens, late Thursday night, Oct. 15, 2020, police said.

LONG ISLAND CITY, Queens — A woman was killed when her SUV crashed into a Queens building and burst into flames late Thursday night, authorities said.

Responding officers round the 58-year-old woman severely injured, lying on the ground outside her vehicle unconscious and unresponsive.

EMS responded and pronounced the woman dead at the scene.

Officials identified the victim as 58-year-old Beverlee Jackson of Brooklyn.

Further investigation by the NYPD determined the woman was driving her Honda CRV at a high speed, heading northbound on 11th Street, when the SUV jumped the sidewalk at the northeast corner of the intersection before crashing into the building.

The woman was thrown from the vehicle upon impact and then partially pinned under the SUV after it spun around, police said.

Soon after, the vehicle erupted in flames, the NYPD said.

It is not known exactly what might have caused the crash.

The building was deemed safe and secure, according to the NYPD.