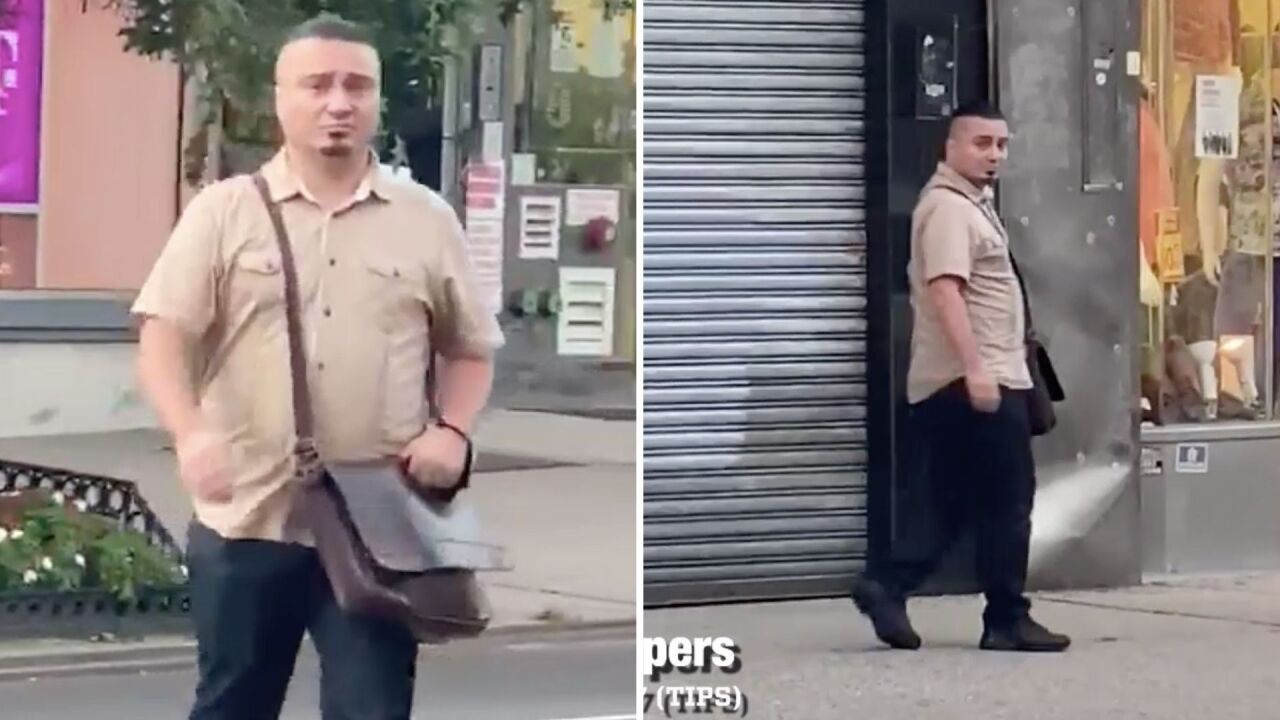 NYPD
Police released surveillance footage of a man wanted in connection to a groping incident in Queens.

ASTORIA, Queens — A woman was groped while down along a busy street in Queens Saturday evening.

The victim was walking in the vicinity of Steinway Street and 31st Avenue around 7 p.m. when a man approached her from behind and began to harass her, police said.

The woman became frightened and stopped walking, hoping the man would walk past her, according to police.

The man then approached and groped her, authorities said.

The victim screamed, causing him to flee.

Do you recognize him? Police are searching for the man who allegedly groped a woman in Astoria.https://t.co/1nKbPwg473 pic.twitter.com/Iiju2rDhL1