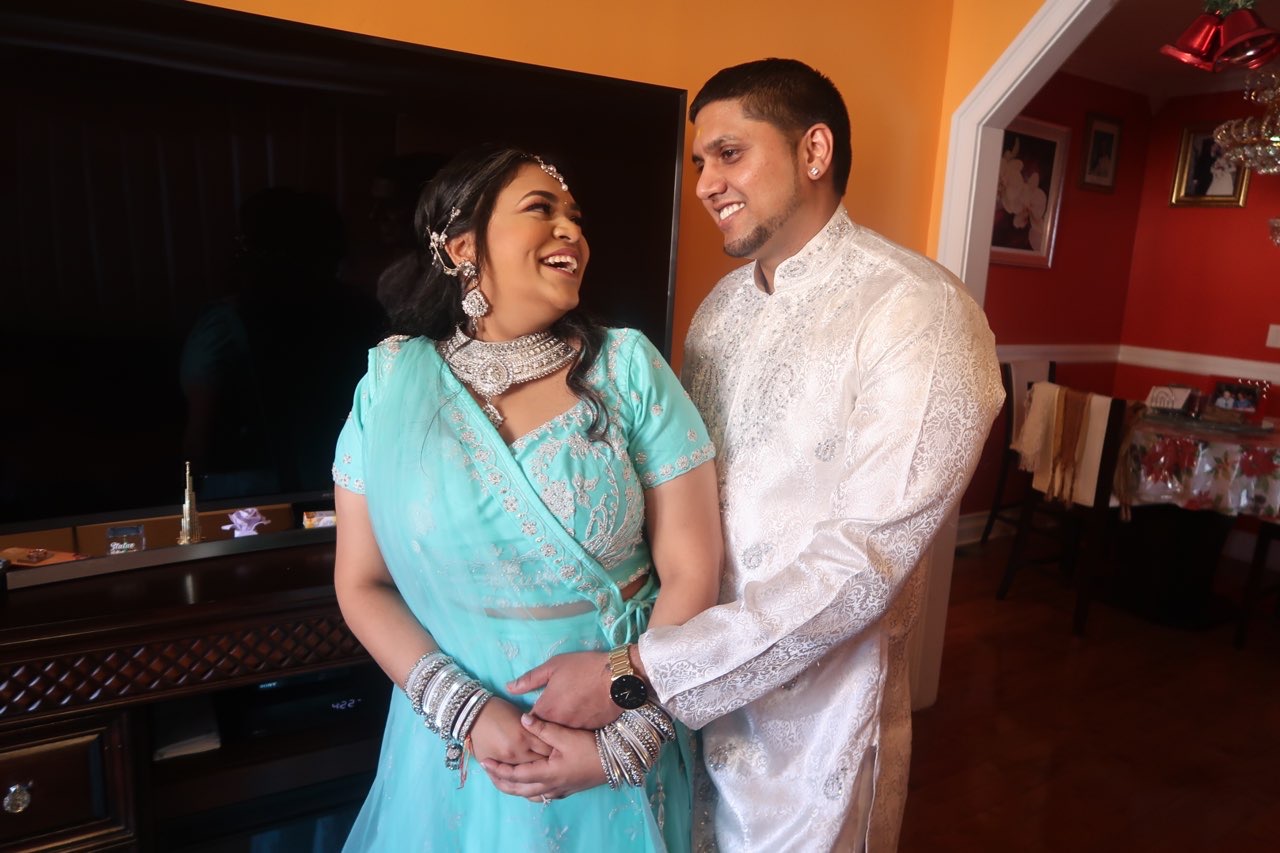 Multiple couples are telling PIX11 News about how they lost money to a wedding hall that closed during the pandemic.

"When I saw Jonathan and Jacqueline, I said, 'Oh my God! I'm in the same boat,'" Bhoodai told PIX11 News this week.

Bhoodai, 27, who tended to COVID-19 patients in the Intensive Care Unit at a Manhattan hospital, was forced to change her original 2020 wedding date, as the pandemic threw New York — and the world — into crisis mode.

"Up until March, we paid a total of $20,000," Bhoodai said about her installment payments to Royal Elite Palace Catering on Garfield Avenue in Woodside. "In July 2020, we paid an additional two thousand to secure my new date."

Bhoodai said the general manager, Mohamed, received a thousand dollars of the money, because he had a side business doing floral arrangements and other decor for weddings.

Mohamed Siraj Salahudeen told us last week on the phone that he was a victim, too, because he lost his job in the pandemic and was still awaiting some pay.

Bhoodai and her fiance, Jason Balroop, were the first of three additional couples to contact PIX11 News, after our story about the Queens catering hall aired on January 8th.

Tiffany Khan and her fiance, Tyler Khameraj, also e-mailed us.

"I think it's very unprofessional and unethical what this company is doing to many couples, not just us," said groom-to-be, Tyler Khameraj.

The couple had rescheduled their wedding for May 2021 and didn't know about the closure until PIX11 News aired our report.

But getting relief for down payments that vanish can be difficult.

"Sometimes, a business tries to say, 'Look, we're just walking away, you can have the building, here's the key, and we're opening up under a new name,'" observed attorney, Charles DeStefano.

DeStefano is President of the Staten Island Trial Lawyers Association.

"They could just easily say, 'Our business went under,' but that doesn't explain where the money is."

PIX11 News reported last week that Royal Elite Palace Catering was listed with the New York Department of State as a "domestic limited liability company." The LLC's address was 20 West 47th Street in the Diamond District of midtown Manhattan.

No owners' names were listed on the state website.

The New York State Liquor Authority lists four names associated with Royal Elite Palace Catering on its website, and the first one is Aba Kolnov, one of several names linked to Aba Cohen.

A search of multiple databases showed palatial homes tied to these four people in the tony Jamaica Estates neighborhood in Queens.

Tyler Khameraj was getting ready to take action.

"I'm going to contact my personal lawyer later today to see what steps I can take," Khameraj said.