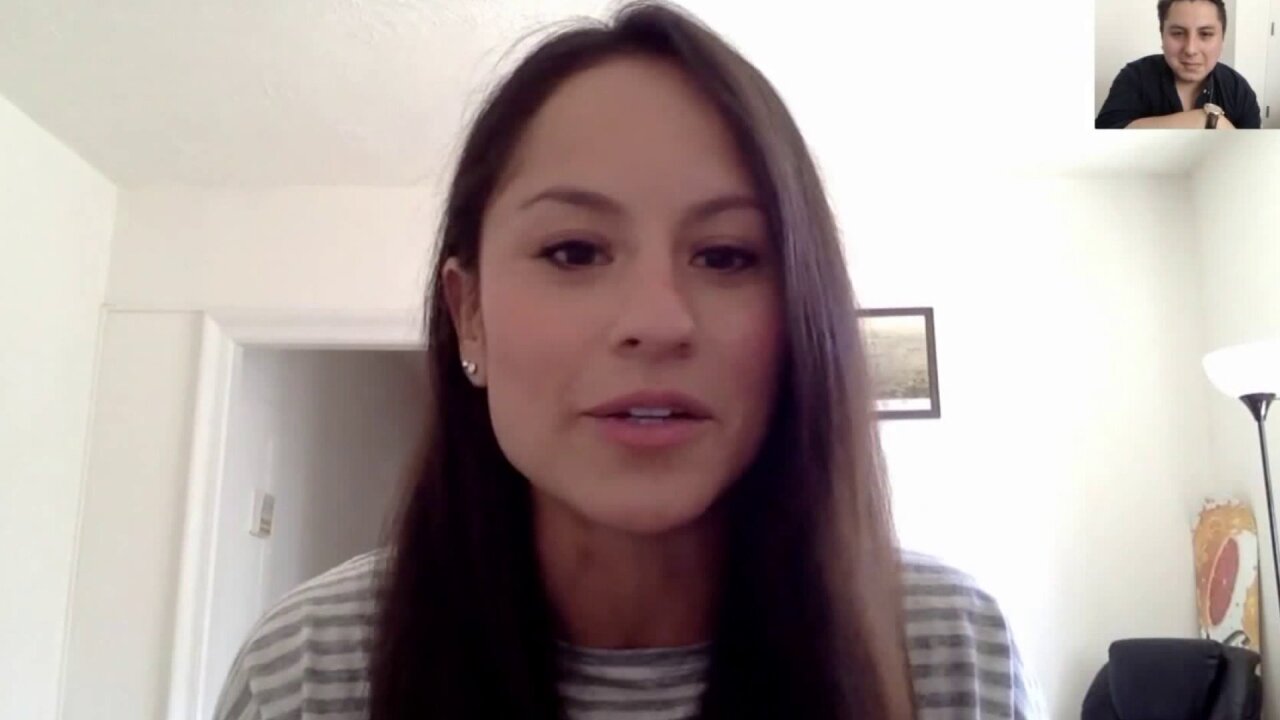 Allison Goodbaum was coughed on in an Astoria bagel shop amid the ongoing coronavirus pandemic.

ASTORIA, Queens — A former assistant research coordinator at Weill Cornell Medicine appears to have intentionally coughed on another customer at an Astoria bagel shop after the customer complained about her lack of mask, video shows.

Allison Goodbaum was in New York City Bagel Coffee House at Broadway and 30th Street on June 6, two days before New York City was set to begin Phase 1 of reopening, when she spotted a woman, identified by her former employer as Lauren Balsamo, in the shop without a mask. Goodbaum pointed it out to an employee and said the shop should enforce mask rules for customers.

After hearing what Goodbaum said, Balsamo repeatedly called her a p***y, then walked over and coughed on Goodbaum, who was wearing a mask.

"She got very, very close and I could feel her breath on my face," Goodbaum said.

According to Goodbaum, the coughing woman said she had COVID antibodies and didn't need to wear a mask.

"For someone to say that and behave that way was disheartening," Goodbaum said.

Goodbaum, furious the bagel shop served Balsamo and didn't check on her after the coughing incident, pledged not to return to the shop.

"They didn't say anything, no one came out from the back to ask her to leave. When I called them later in the week to talk to the manager, it was 'he's not here and he's going to be here tomorrow,'" Goodbaum said.

New York City Bagel Coffee House said their policy is to only serve customers in masks, but that the staff was "caught off guard."

"Most of our staff and the cashier who was working that day are high school students who were frightened from the behavior of this woman," the shop posted on Facebook. "We told our staff to NEVER serve anyone without a mask or face covering and if the customer gives them any issue to immediately call authorities."

New York City Bagel Coffee House said Balsamo has been banned from all of their locations.

"As an institution on the COVID-19 frontlines, this behavior is shocking & abhorrent to us," they tweeted. "Since WCM's mission is to protect the health & wellbeing of all NYers, we condemn this flagrant disregard of public safety."

Goodbaum said it "almost added insult to injury" when she found out about Balsamo's former job.

More than 24,000 people in New York have died of coronavirus.