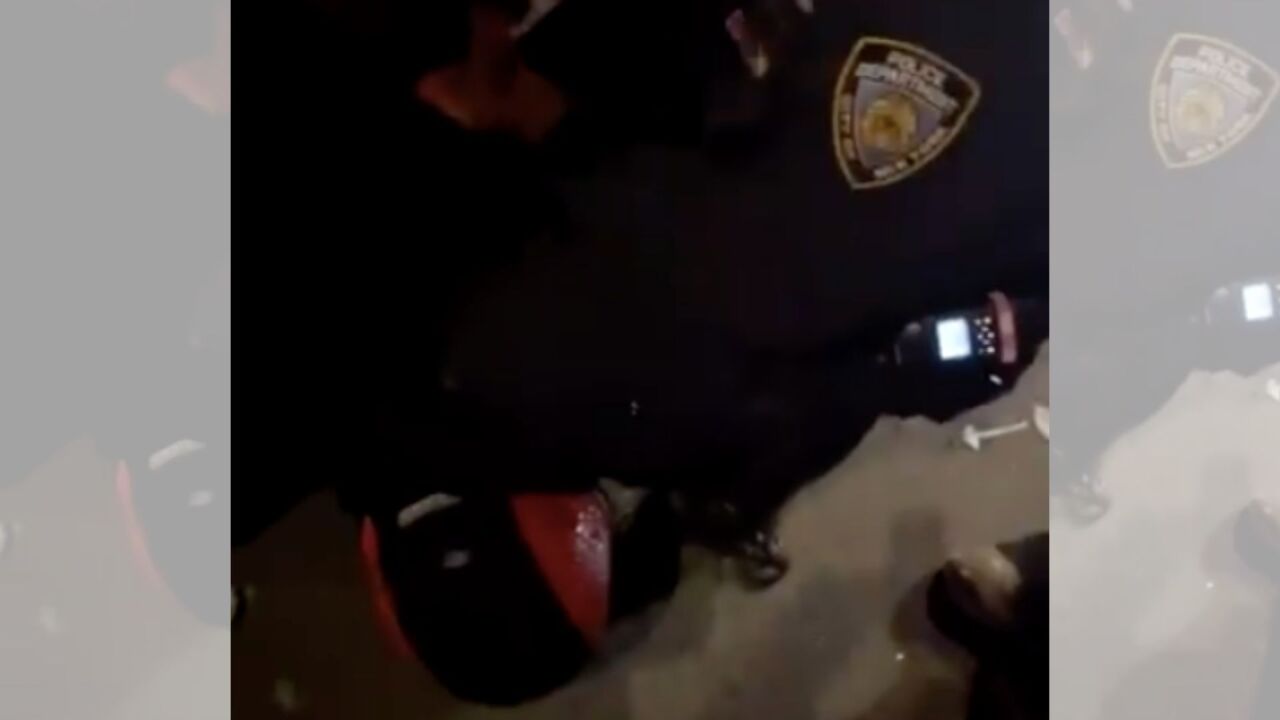 Twitter/msolurin, Legal Aid Society
The Legal Aid Society and several defenders are calling on the NYPD to fire several officers who were involved in what appears to be a knee-on-neck arrest in Queens on Jan. 2.<br/>

QUEENS — The Legal Aid Society and several defenders are calling on the NYPD to fire several officers who were involved in the violent arrest of a man in Queens.

In a video posted on Twitter, NYPD officers are seen restraining Sircarlyle Arnold on Jan. 2 in what appeared to be a knee-on-neck hold during an arrest involving ATVs.

Warning: Video and audio may be graphic.

TW: This video shows NYPD officers kneeling on my client, Sircarlyle Arnold’s, neck in Queens, NY, while bystanders beg them to stop. This is eerily similar to what was done to George Floyd in May 2020 pic.twitter.com/5Tzxi6ShpT

The Legal Aid Society said the hold used on Arnold was similar to the technique used in the killing of George Floyd, a Black man who died in police custody on Memorial Day in Minneapolis.

Following Floyd’s death, New York City established a bill that banned chokeholds and other methods of restraint, including kneeling on a person’s neck.

“These officers’ first impulse was to employ an illegal, life-threatening knee-on-neck hold on Mr. Arnold. Not only should the case against Mr. Arnold be immediately dismissed in the interest of justice, but the NYPD must expeditiously terminate the officers involved, and DA Katz – upholding her promise to hold accountable officers who commit serious acts of misconduct – must bring charges. The Legal Aid Society demands answers and justice for Mr. Arnold, his family and his community,” said Olayemi Olurin, Staff Attorney with the Queens Trial Office and counsel Arnold.

The top charge against Arnold is reckless endangerment for allegedly operating an ATV, the Legal Aid Society said.

PIX11 reached out to the NYPD and Police Benevolent Association for comment.