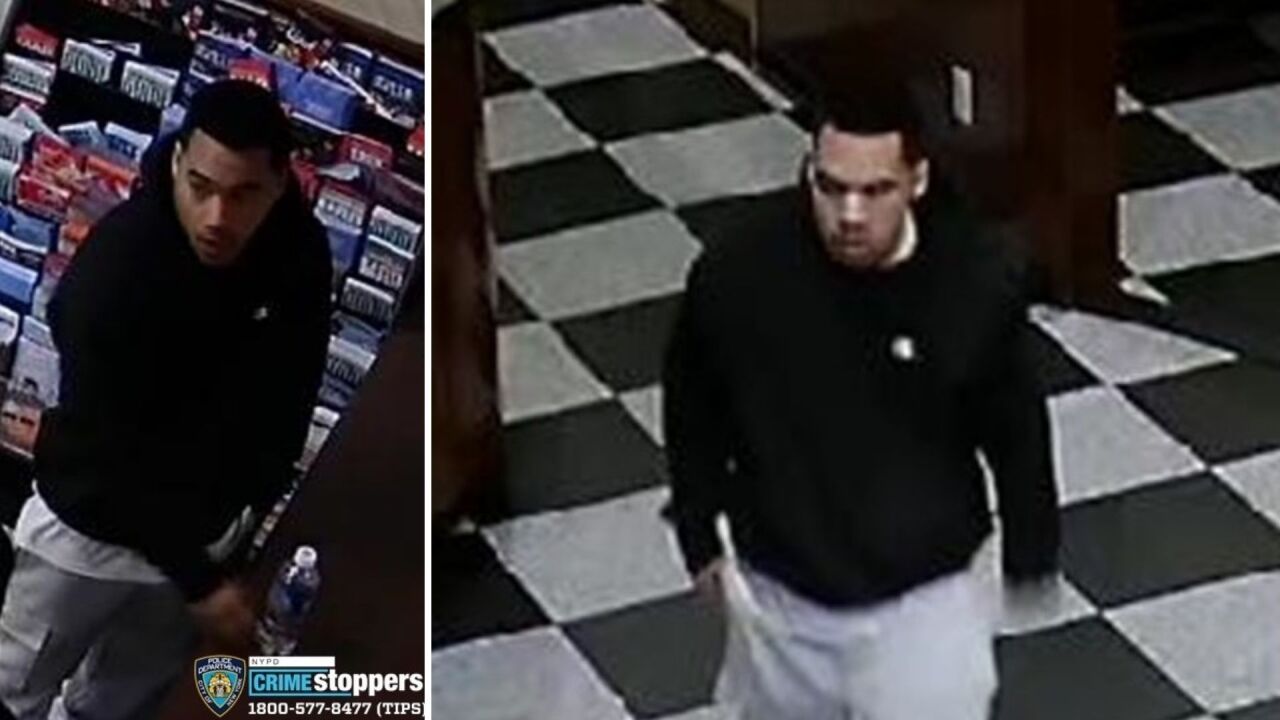 NYPD
Surveillance images of a man caught on video slashing a Queens hotel worker on Sunday, Jan. 10, 2021, according to the NYPD.

SUNNYSIDE, Queens — Police are looking for a man caught on surveillance video attacking a Queens hotel employee with a knife Sunday morning, according to the NYPD.

Authorities said it happened around 6:15 a.m. in the lobby of the La Quinta Inn on Queens Boulevard in the Sunnyside neighborhood when the hotel worker was approached by the unknown man.

The would-be attacker had been loitering in the hotel's lobby when the 33-year-old employee asked him to leave, police said.

The unidentified man then approached the front desk and asked the victim for a bottle of water, according to officials.

Security camera footage shows the employee step out from behind the reception desk and hand the bottled water to the man, who almost immediately takes out a knife and lunges at the victim.

Police said a struggle ensued and the worker was slashed in the hands and left ear before the attacker fled the hotel on foot.

EMS transported the victim to a local hospital for treatment.

The NYPD has released the above surveillance images and video of the man they're looking for.