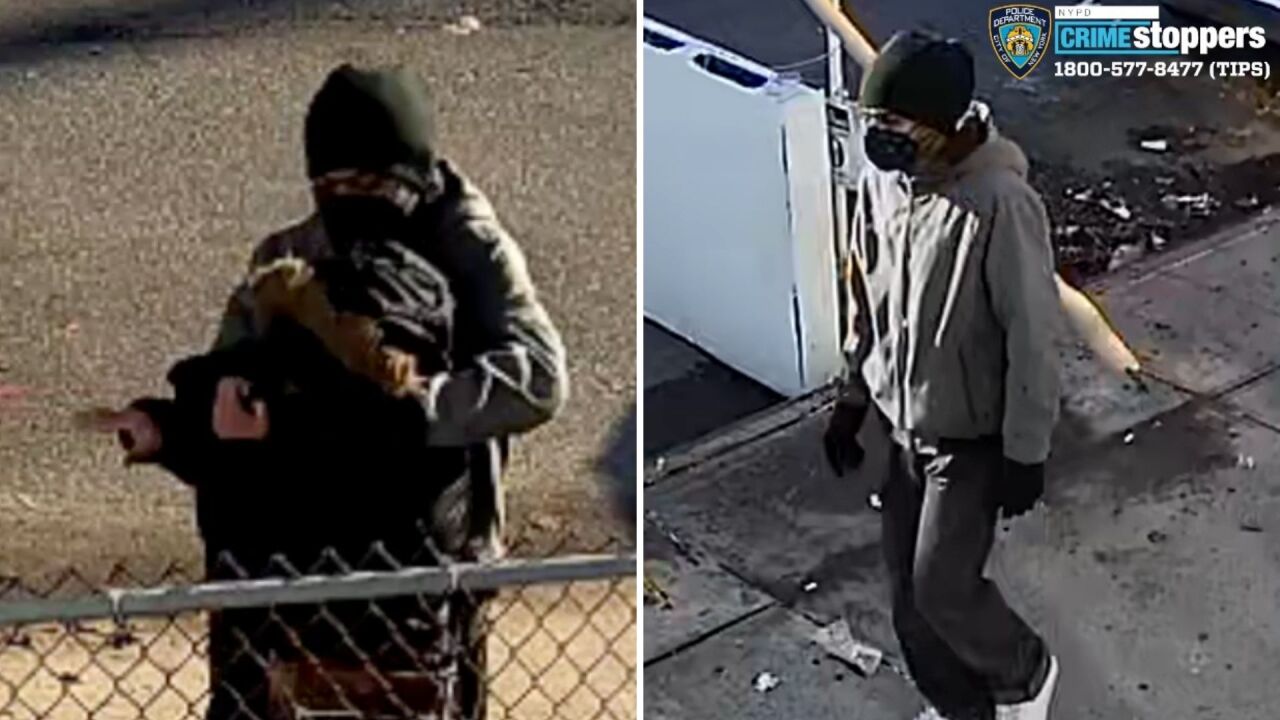 NYPD
Surveillance images of a man police say held a knife to a woman's throat in an attempted robbery on 120th Street in South Richmond Hill, Queens on Nov. 14, 2020.

SOUTH RICHMOND HILL, Queens — Police are in search of a man they say tried to rob a woman at knifepoint on a Queens street .

Video from the NYPD shows the unidentified man approach the 64-year-old woman from behind as she walked on 120th Street, near 103rd Avenue in South Richmond Hill, last Saturday around 8:40 a.m.

The footage shows he put one arm around her neck and put a knife to her throat, all while demanding money, police said.

WATCH: Man walks up behind 64-year-old woman and holds knife to her throat in attempted robbery on Queens street, police say

The man fled seconds later on foot without any property from the victim, heading southbound on 120th Street, according to authorities.

The woman sustained no injuries and refused medical attention.

The NYPD described the man they're looking for as between 20 and 35 years old, standing about 5 feet, 5 inches tall and weighing around 150 lbs. He was last seen wearing a gray sweatshirt, dark-colored pants, white sneakers, a green hat, and a dark-colored face mask.

Police released the above surveillance images and video from the incident.