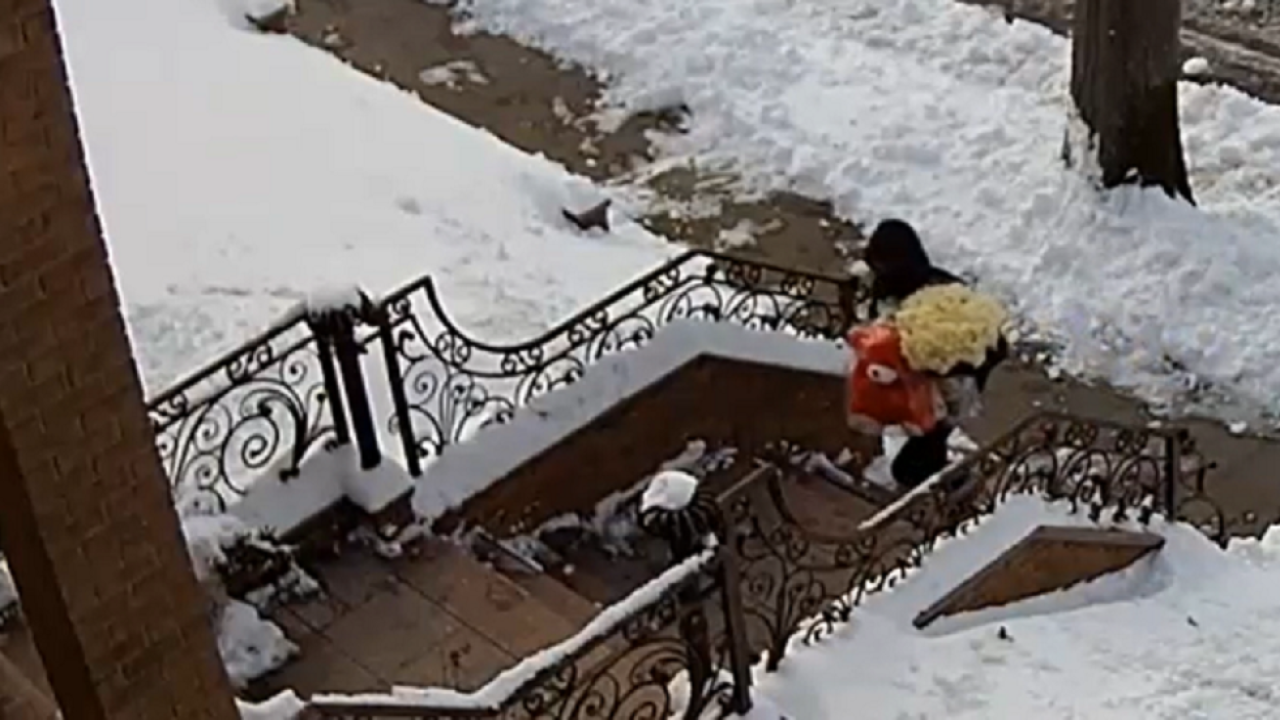 NYPD
A home invasions suspect posed as a flower delivery man to gain access to a residence in Queens on Dec. 18, 2020, police said.

JAMAICA ESTATES, Queens — New surveillance video shows a home invasion suspect pretending to be a flower delivery man to gain access to the residence in Queens on Friday, police said.

Police are searching for three men who were involved in the violent home invasion on Haddon Street in Jamaica Estates, according to the NYPD.

Investigators said the suspect posing as the delivery man rang the doorbell just before 1 p.m. When a 48-year-old woman answered the door, he pushed her to the ground and hit her in the face with an unknown object, according to officials.

Police are searching for three men who stole $20,000, jewelry and clothing, officials say

Another man then got out of a white van and a third man got out of a black sedan, and all three suspects entered the home, police said.

The suspects stole about $20,000 as well as jewelry and clothing, according to authorities.

The woman was taken to a hospital in stable condition with injuries to her face and ear, police said.