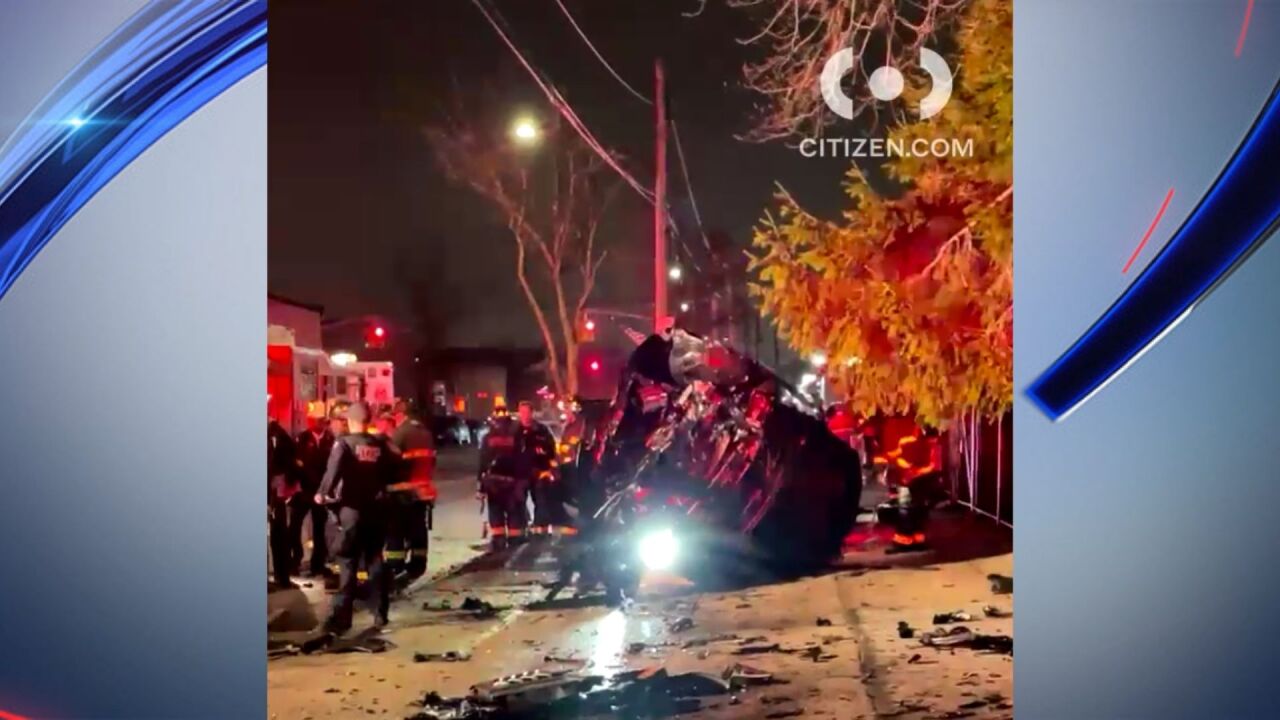 SOUTH OZONE PARK, Queens — A person was killed and two others were injured after a Queens car crash on Christmas Eve, officials said.

Police responded to a vehicle collision in the vicinity of 103rd Avenue and Rockaway Boulevard around 7 p.m.

A 2018 Toyota Camry collided with a Lamborghini Urus, which overturned as a result of the collision, authorities said.

Officers arrived to find the Camry's 50-year-old driver with head and leg injuries and a 54-year-old woman in the rear passenger seat with severe trauma to the head and body, police said.

Both were taken to the hospital where the woman, later identified as Ritawantee Persaud, was pronounced dead.

She was also taken to the hospital for her injuries.

The driver of the Lamborghini fled the scene on foot, according to police.

Preliminary investigation revealed the Camry was on Rockaway Boulevard when it was making a left turn onto 103rd Avenue when it was struck by the Lamborghini.

The Camry driver and Lamborghini passenger were described as stable.