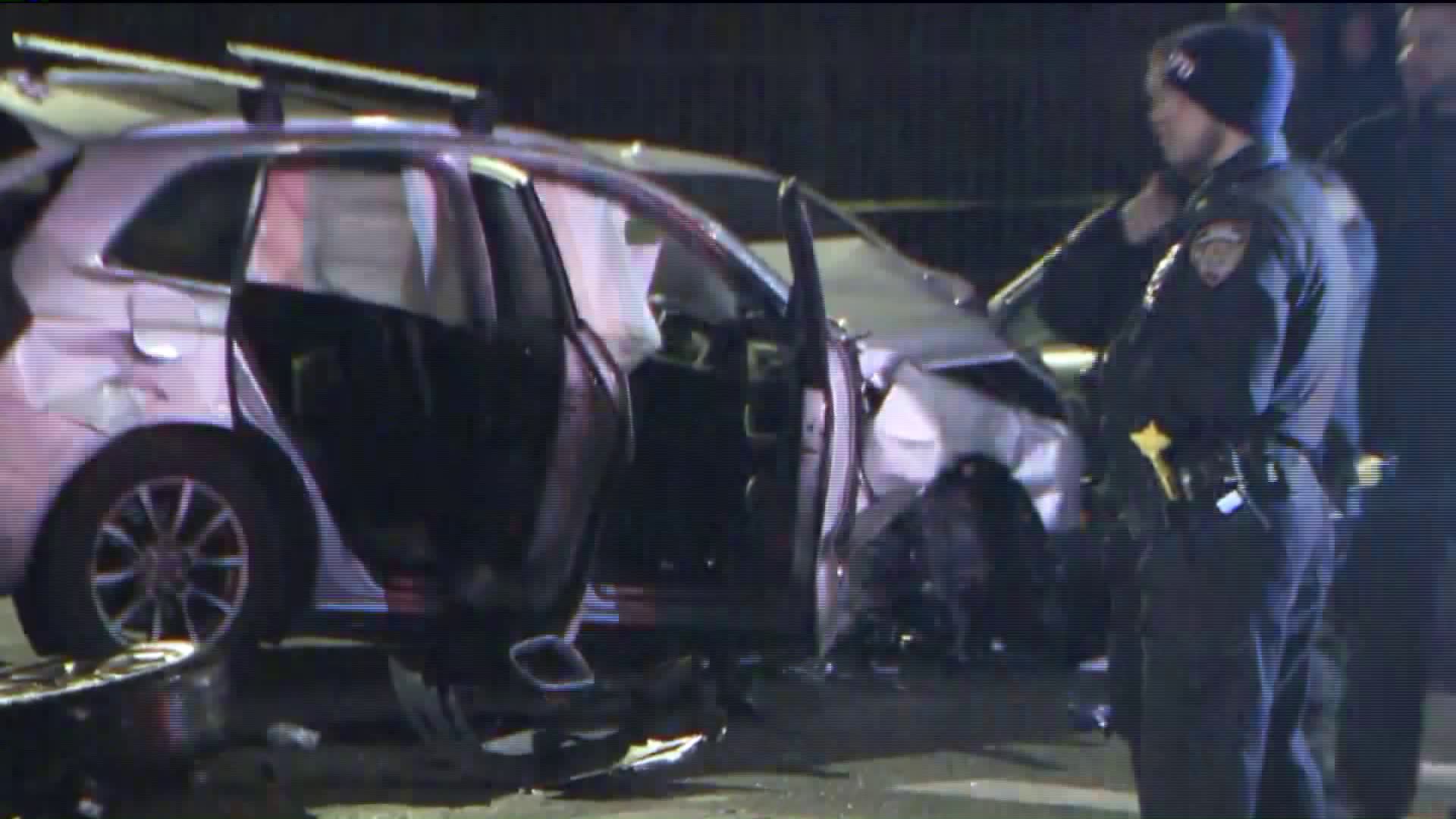 Two people were hospitalized after a Tuesday evening crash in South Ozone Park.

"I saw that car, it was completely crushed in. I don't even know how anyone survived it," said Teresa, a witness who declined to give her last name.

She and other witnesses said it sounded like an explosion when two cars collided at the intersection of 105th Street and 107th Avenue Tuesday night at around 5:30 p.m.

A white 2009 Audi raced away from officers after being stopped for running a red light, police said. A few blocks away, the stolen vehicle collided with a black Infiniti after blowing through a stop sign. Car parts were scattered throughout the intersection.

Witnesses said two passengers inside the Infiniti were badly injured in the crash.

"I just held the man's head in the front. He was bleeding and he was trying to move and he shouldn't move. He was severely, they were both very badly hurt," Teresa said.

The driver, a 51-year-old man and his 23-year-old passenger were both taken to Jamaica Hospital. Both are expected to be okay.

As for the suspects, police said the driver and two passengers managed to walk away from the crash and escaped from the scene. One of them ditched his coat after getting caught on a nearby fence.

"He wasn't running like a person that was running a marathon, he was running with a leg dragging behind him kind of sorta,” said another witness, who asked the we refer to her only as Nicky.

Witnesses said they hope police can catch the suspects, especially since they showed so little regard for the lives of those they put in danger.

"I've witnessed accidents, but not this degree of callousness where people have absolutely no care of what they've done," Nicky said.

Police have not released a description of the suspects.