Small businesses rally in Queens for state and city assistance 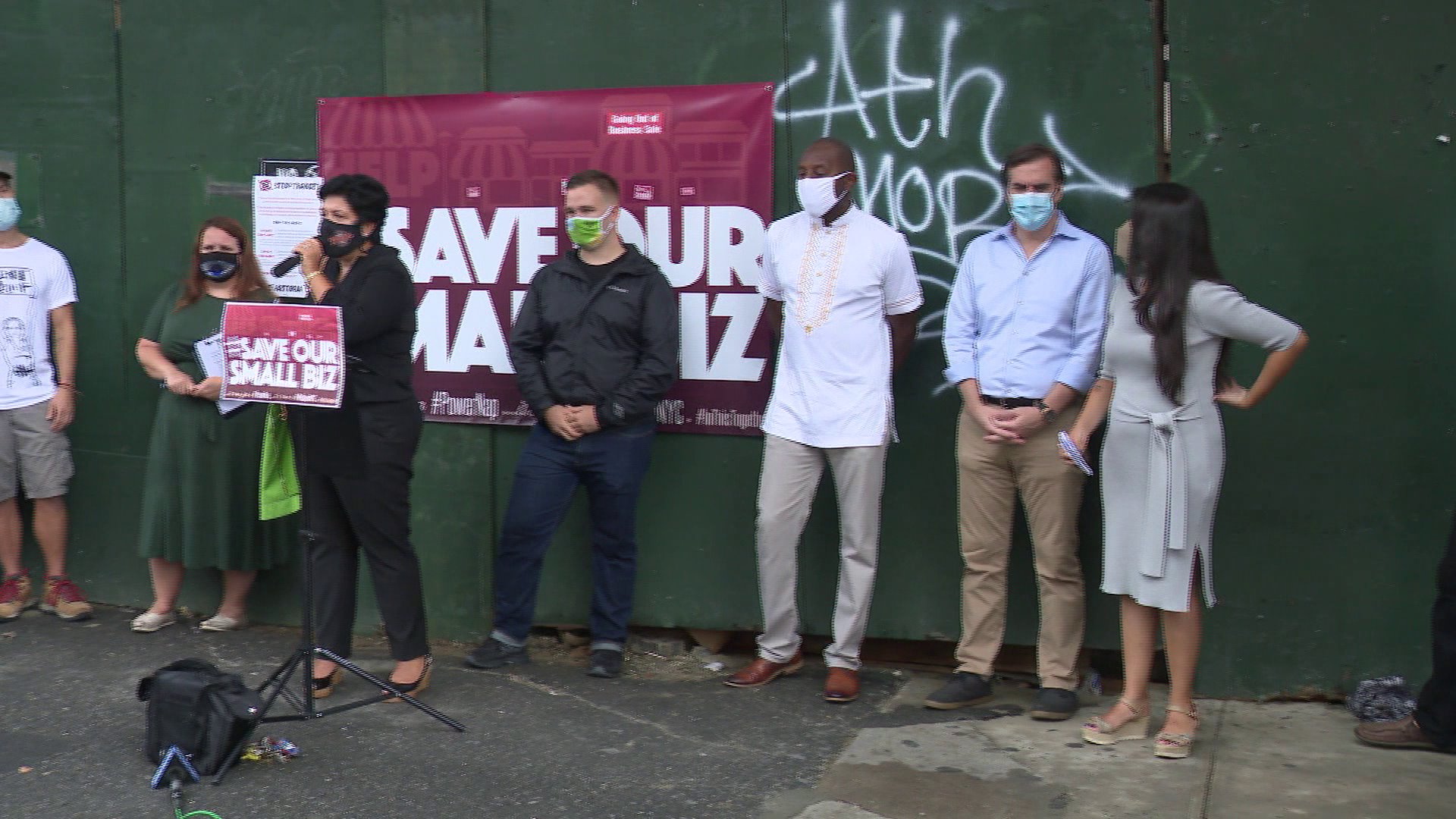 Small business owners rallied in Queens Thursday for assistance from the city and state.

LONG ISLAND CITY, Queens — From mom and pops to boutiques, small business has always been the backbone of the Big Apple.

Those who run them in Queens say that backbone is on the verge of breaking in the borough. A rally on Thursday called on officials on the city and state level to do more before it’s too late.

"Some of the funniest jokes in New York City were developed on this stage," said Rebecca Trent, owner of the comedy club The Creek and The Cave.

From Jerry Seinfeld to Colin Quinn, the biggest names in standup have all paid a visit to the venue in Long Island City. But for the past 6 months it’s been in the dark.

Trent says if the citywide ban on live performances isn't loosened, this slice of culture along Jackson Avenue will be no more

"We are all struggling, we are all hanging on by a thread and for the governor to act like we aren’t is absolutely insane."

Trent is just one of many small business owners in queens making a plea for help.

She along with elected officials and advocates from the borough led a call for action to save their livelihoods before it’s too late.

"It’s pretty clear at this point that Washington is not coming to our rescue, at least not this version of Washington," said State Sen. Michael Gianaris. "Who amongst us has six months of rent to front while they sit by and do nothing with no lifelines."

What they want is rent relief and insurance companies to respond to their claims for revenue interruption. But most of all, they want the loosening of government restrictions which has kept businesses like The Chocolate Factory Theater — a non profit, performing arts venue in LIC frozen in time — thriving.

After Gov. Andrew Cuomo’s surprise announcement this week on indoor dining being allowed to start up again at 25% capacity, the businesses that rely on live performances are now hoping there’s something in the pipeline for

"Unless we get some sort of a real measure that helps the small business owners, you’re going to lose the heart of the city. Period," said Trent.