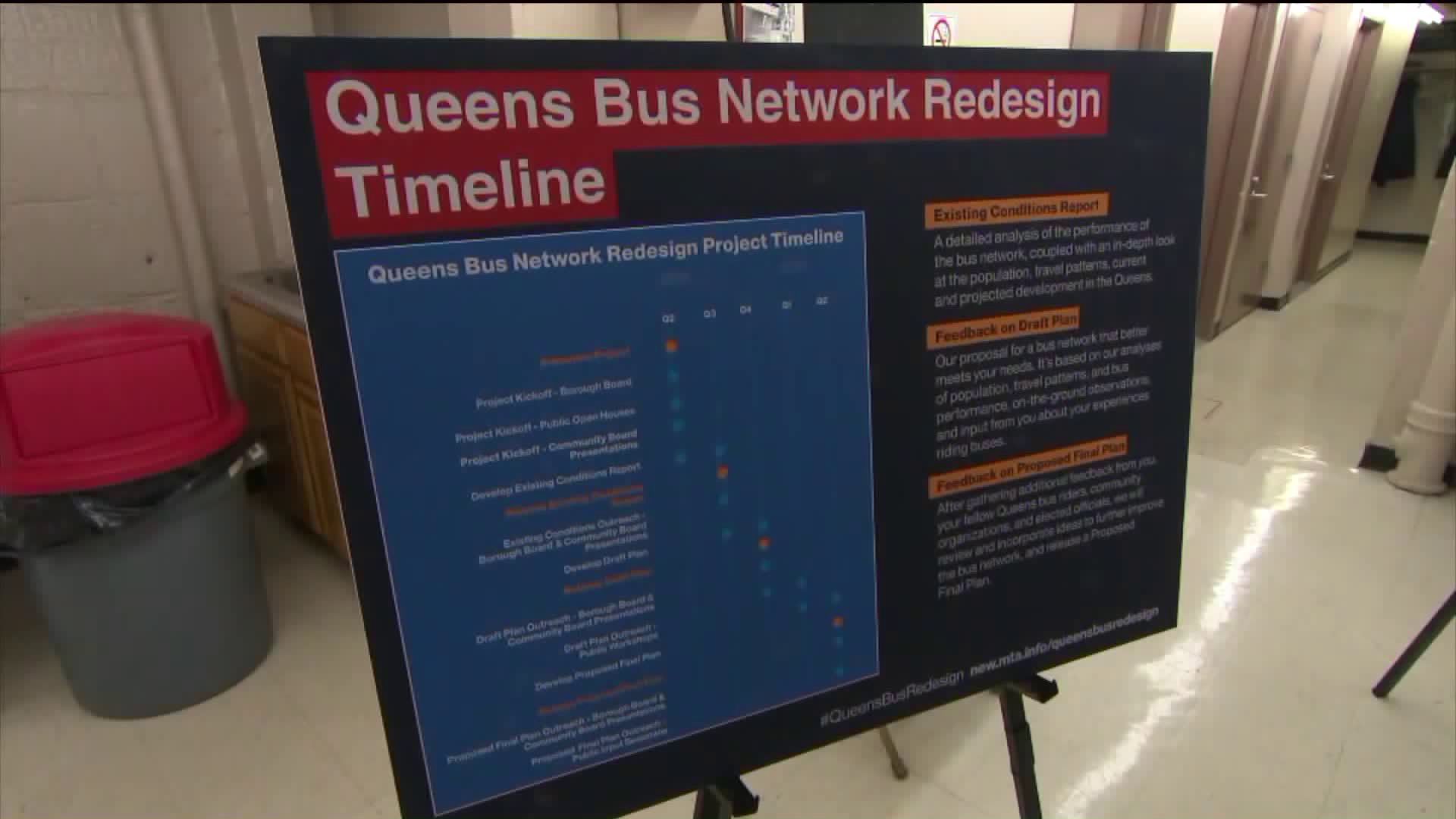 Suggesting changes to bus routes is a guaranteed way to draw a crowd in the city.

JACKSON HEIGHTS, Queens — Changing bus routes is a guaranteed way to draw a crowd in the city.

MTA New York City Transit is in the process of a complete redesign of all the routes in the city.

The proposal for Queens was released two weeks ago. Elected officials and riders calledfor a meeting with transit officials to discuss the plan.

Additional sessions will be held over the. next month. Comments can be made on line.

Read about the Queens proposals here.

The entire plan for all five boroughs can be found here.

MTA NYC Transit President Andy Byford said this is the early stages of the process in Queens and feedback will help shape a final proposal.

That is due in the summer and it will also be the focus of meetings and presentations.