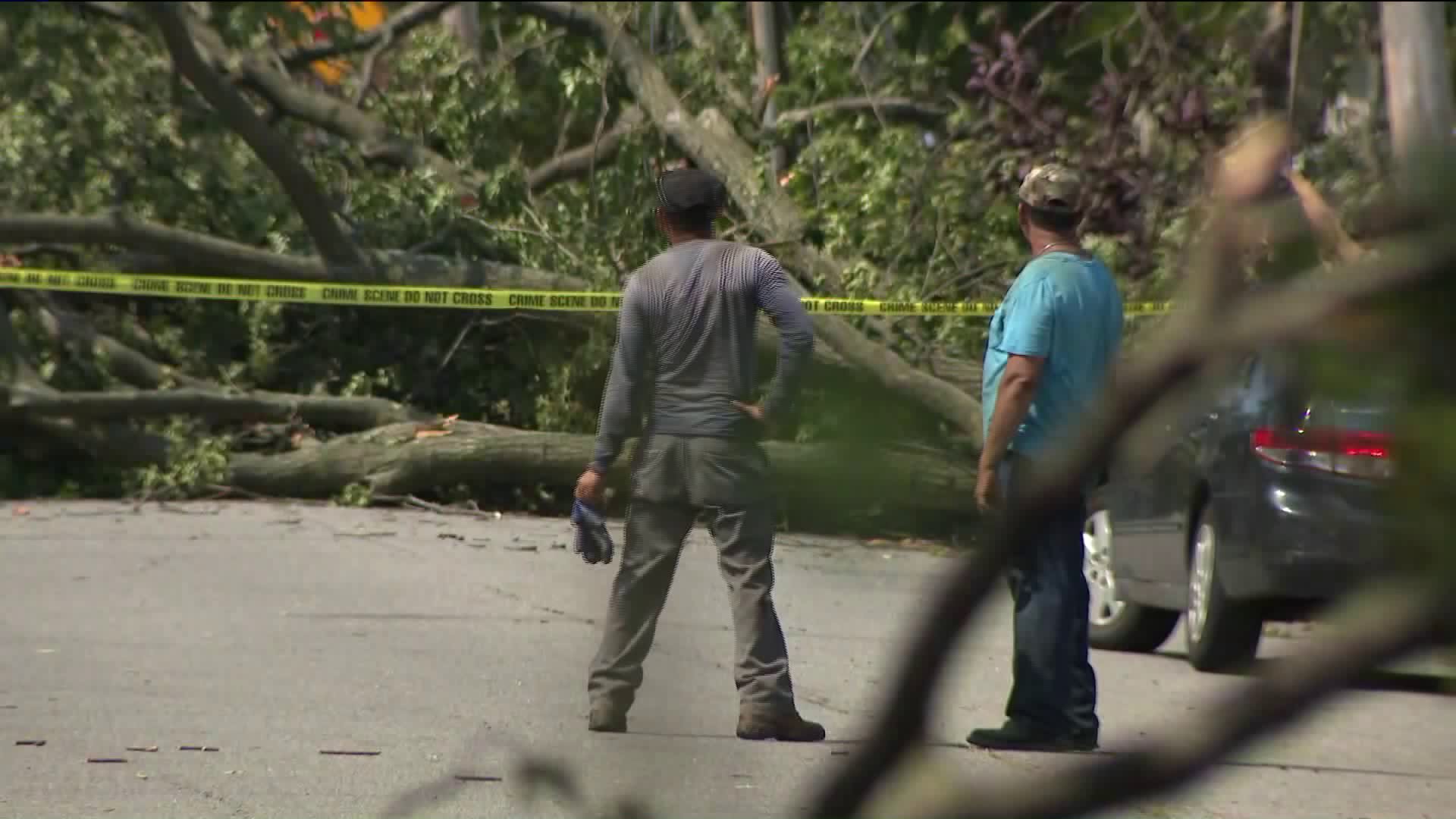 Homeowners on one Queens Village street say they want more accountability from utility company Con Edison and more protection and maintenance from they city.

QUEENS — Homeowners on one Queens Village street say they want more accountability from utility company Con Edison and more protection and maintenance from they city.

Tropical Storm Isaias caused significant damage across 211th Street in Queens Village thanks to strong winds, but it’s not the first time this neighborhood has seen damage. Superstorm Sandy destroyed homes and much more personal property.

In the middle of Tuesday’s howling and gusty winds, resident Irvon Tart said he couldn’t believe his eyes when he saw the ground beneath a massive tree in his front yard begin to move and fell to the ground. Amazingly, no one was hurt, but Wednesday, more than 24 hours later, it still sits on the ground and Tart said he doesn’t know who is responsible for the cleanup or when it will happen. He said he also believes wires down in front of his home are live, so he won't touch them himself.

Thousands across New York City boroughs remained without power Wednesday and Queens had more outages than any other borough. New York City Councilmember Daneek Miller said about 20,000 of his consistuents didn't have power mid-afternoon on Wednesday.

Miller said the lack of maintenance and protection of infrastructure by utility companies in this area in particular is alarming. He said the situation requires some answers.

“Every fall they hit us with these increases or they go to my colleagues in the state and ask for increases so they can enhance services, but yet our power lines and our grids remain so absolutely vulnerable,” Miller said.

Trees are another issue. While the vast majority of New York City residents are renters, homeowners like the ones in Queens have a unique challenge. Many require special permission to trim, prune or cut down trees that appear to be on their property or in front of their homes, even when some hover dangerously close to harming their homes.