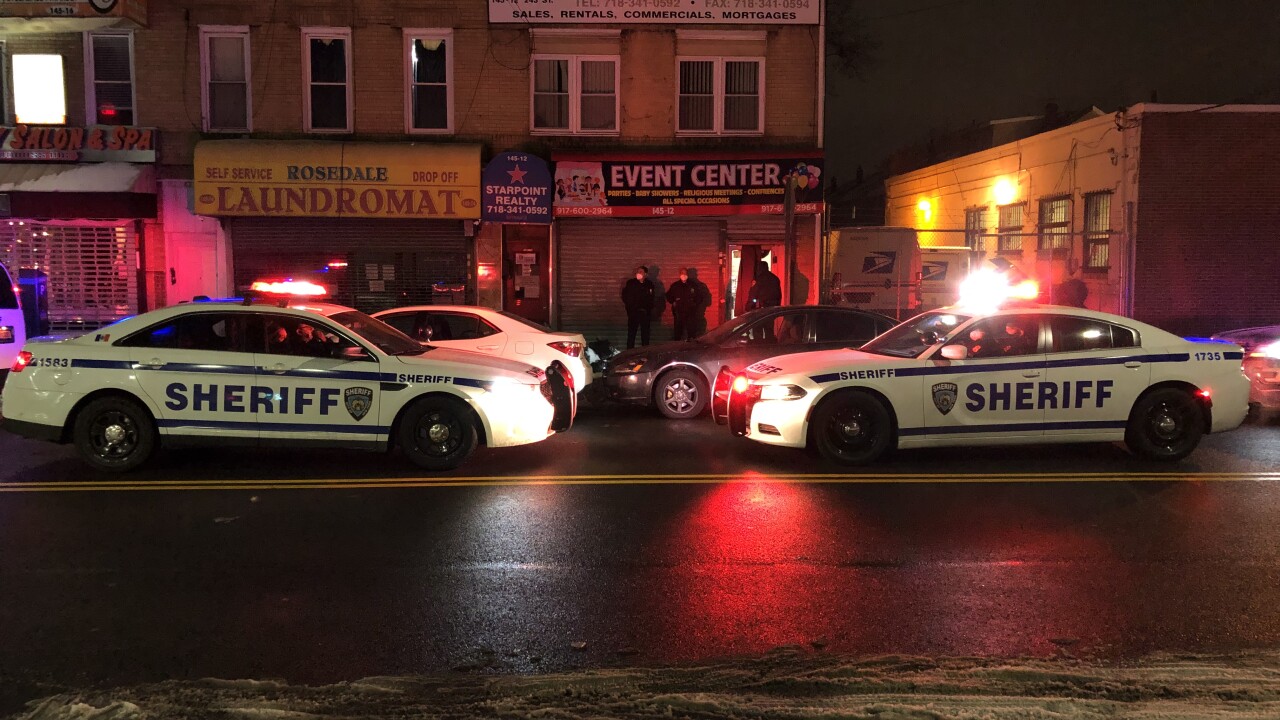 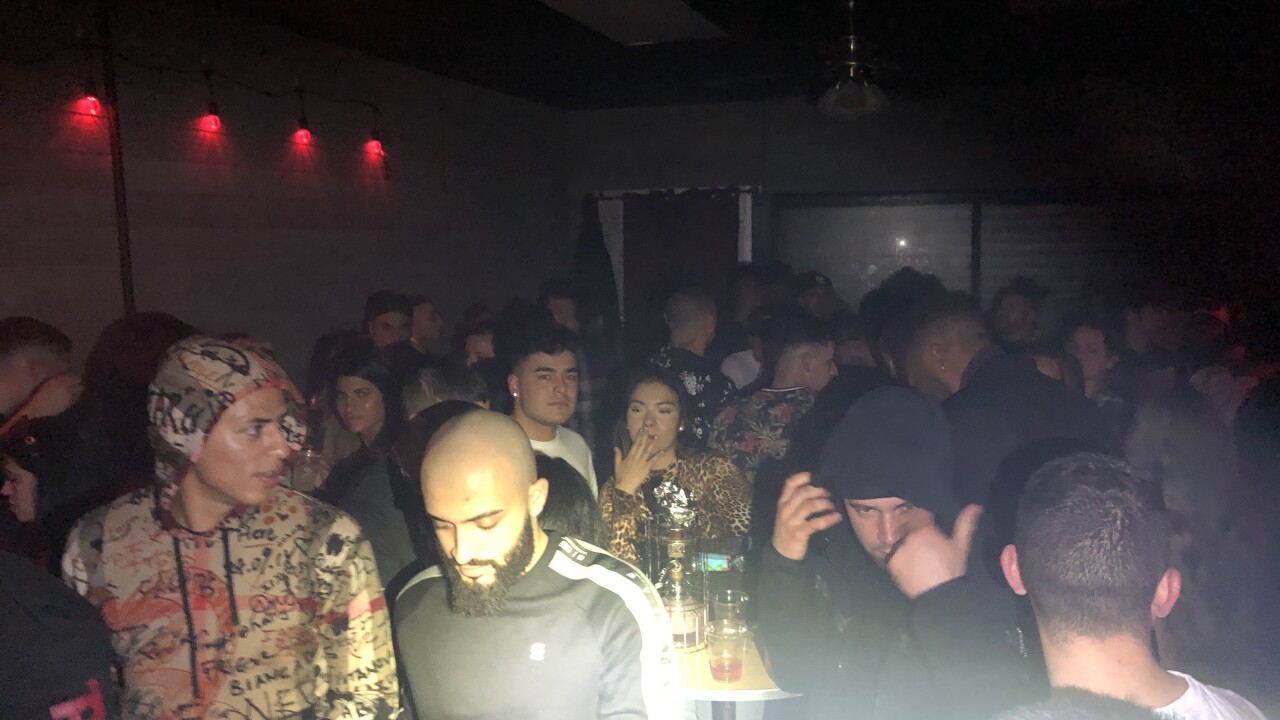 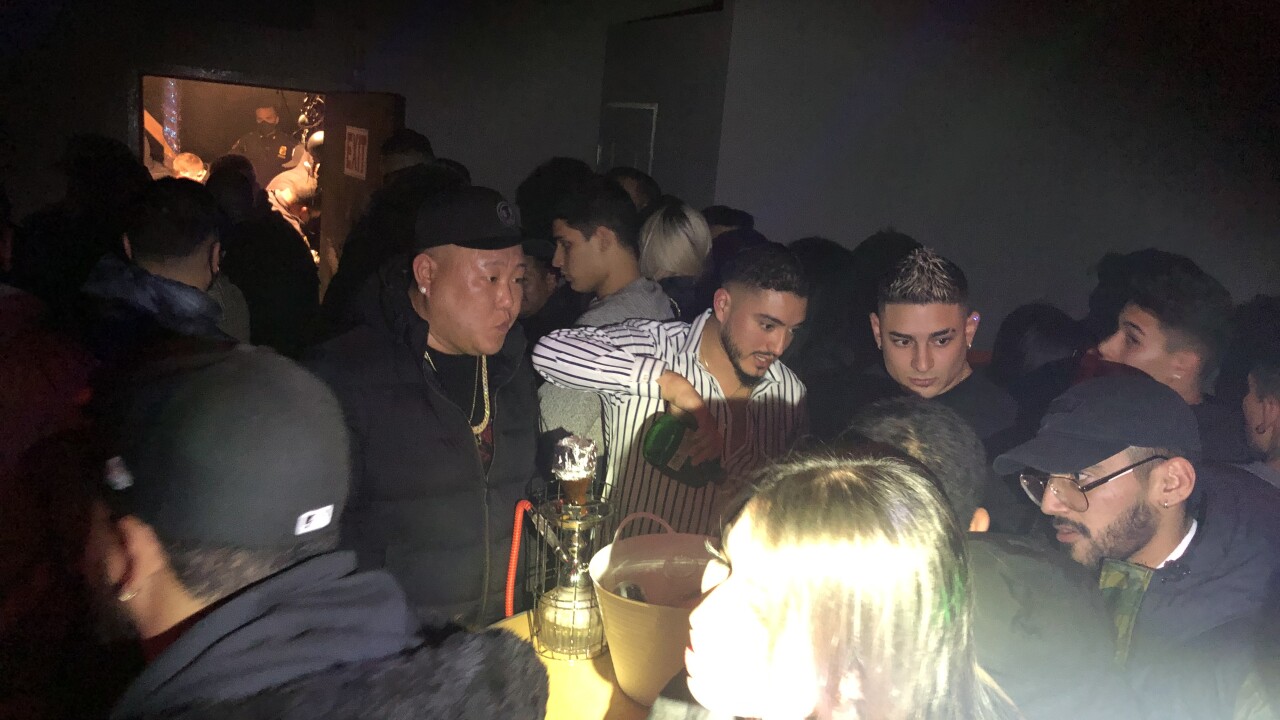 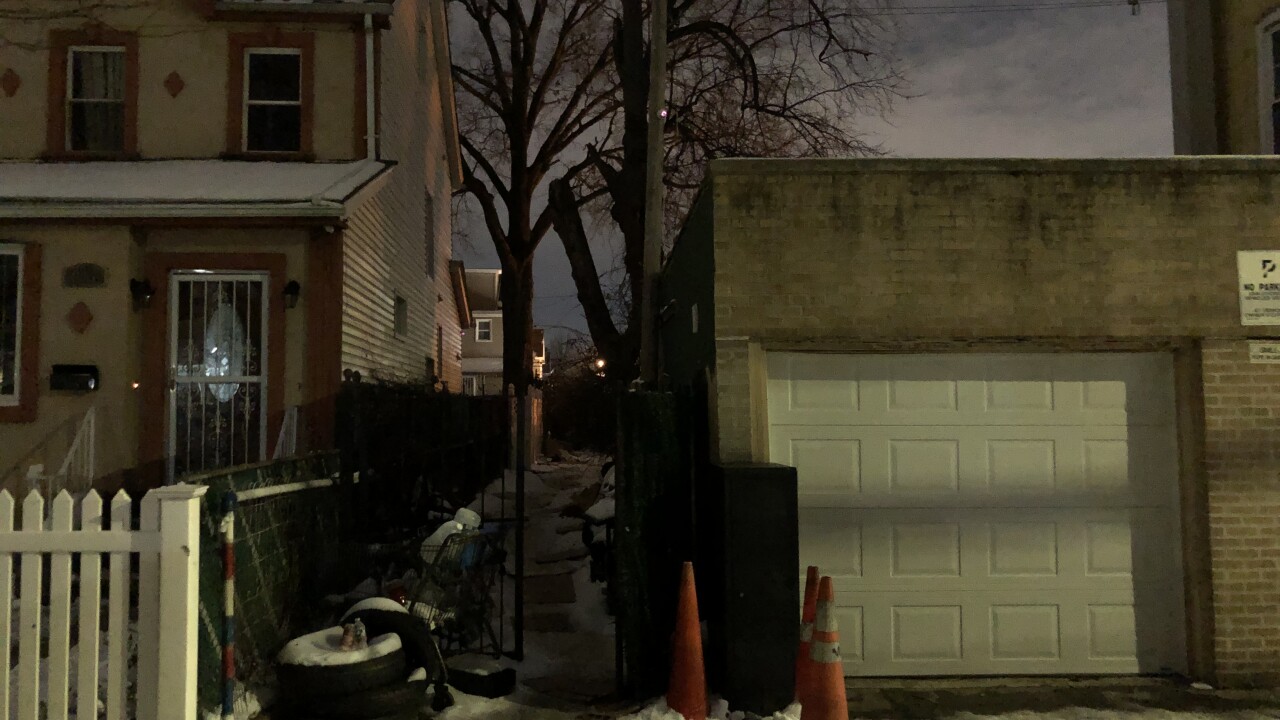 ROSEDALE, Queens — Deputy sheriffs busted up a party of least 164 people in a crowded, illegally run bar in Queens early Sunday, according to the New York City Sheriff's Office.

Officials said the deputy sheriffs investigated the underground bar just before 2:30 a.m. and immediately witnessed multiple groups of people entering a rear alley on Mayda Road, between 241st and 243rd streets, in the Rosedale area.

Authorities also saw people unloading alcoholic beverages into the same rear alleyway, leading to the back of an event venue located at 145-12 243rd Street, the Sheriff's Office said.

Deputies found two unlicensed security guards outside the rear door of the venue, who were both taken into custody.

Once inside, they spotted dozens of patrons not wearing masks, while dancing, drinking alcohol and smoking hookah, the Sheriff's Office said.

They described the space as "dangerously overcrowded" and noted that the venue has no Certificate of Occupancy on file with the NYC Department of Buildings.

Additionally, the event space's main egress was blocked by a metal roll-down gate.

The deputies also took into custody a DJ and a patron, identified as 38-year-old Carl Champagne for possession of marijuana and a hatchet.

The unlicensed security guards, identified as Sha-Mel Lamont Jones, 21, and Jason Hicks, 35, were both charged for failing to have a valid security license and for violating Governor Andrew Cuomo and Mayor Bill de Blasio's orders against non-essential mass gatherings.

The DJ, identified as Andres Cadavid, 28, was hit with charges including violating the orders against non-essential mass gatherings. Authorities said he was also issued a $1,000 fine for organizing and promoting the large unauthorized gathering.

The event venue was issued a $15,000 fine for failure to protect health and safety, and was charged with violations of the Alcoholic Beverage Control Law and the NYC Fire Code, officials said.